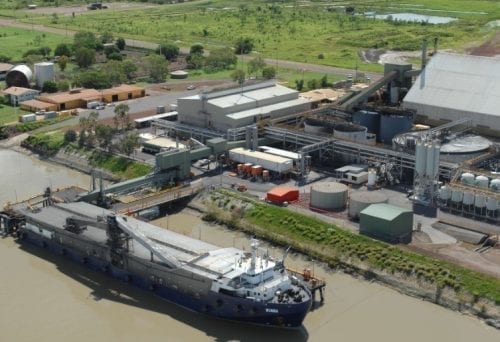 The company says it is possibly “the first project debt financing package provided for a mine rehabilitation and tailings reprocessing operation by a ‘Big 4’ Australian bank.”

New Century Resources (ASX:NCZ) has announced it has secured AU$40 million for ongoing expansion works at its Century zinc mine in Queensland.

The company signed the deal with National Australia Bank (ASX:NAB), saying it was possibly “the first project debt financing package provided for a mine rehabilitation and tailings reprocessing operation by a ‘Big 4’ Australian bank.”

New Century said it was aiming to use the funds to “expedite plans for expansion to full production rate.”

Works and budgeting for phase 1 restart are completed and underway, which include initial refurbishment of the southern train of the processing plant and supporting infrastructure to bring operations to a capacity of 8 million tonnes per year.

For phase 2, the company will work on “refurbishment of the northern train of the processing plant and further supporting infrastructure to bring operations to a full capacity of 15 million tonnes per year. The additional works budget associated with phase 2 is AU$63 million, which is scheduled to be completed in Q4 2019,” said the release.

The deal with NAB will help move things along faster, said New Century, which explained that with the AU$40 million it would not have to wait for sufficient cash flow from current operations to proceed with further works.

At the same time, the company also updated the market on what it’s been up to this past month, releasing a monthly report for August.

In the second release, New Century said that first concentrate from the mine is due for slurry pipeline transport to port facilities at Karumba on the Gulf of Carpentaria, 304km away, in September.

Besides that, the operational ramp-up remains on track, with mine site operations now undergoing progressive ramp-up of concentrate quality, zinc recovery and plant throughput.

New Century also announced hydraulic mining and concentrate flotation was underway, the completion of refurbishment of the transport vessel MV Wunma, which will set sail for Karumba from Port Moresby in mid-September, and that the company would undertake first shipment of concentrate “early in Q4 2018.”

The Century mine was sold by MMG (HKEX:1208) in 2016 after the company ceased operations in November 2015. The mine had been Australia’s largest open-cut zinc mine, producing an average of 475,000 tonnes of zinc concentrate and 50,000 tonnes of lead concentrate a year.

New Century aims to become one of the world’s top 10 zinc producers, and according to its restart feasibility study, the mine is projected to produce 507,000 tonnes of zinc concentrate per year at 52 percent zinc over an initial 6.3 year mine life from the tailings deposit only.

On the Australian Securities Exchange, New Century Resources was trading at AU$1.195, down 1.65 percent as of market close on Tuesday (September 4).