Since the beginning of the year, the potash market has been tracking a slow route to recovery, and this has some investors crying the blues. 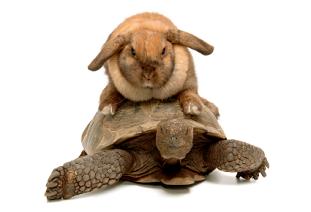 Since the beginning of the year, the potash market has been tracking a slow route to recovery, and this has some investors crying the blues.  Sure, the rebound is a good thing; however, with the impetus in which we have watched the other commodities rebound investors are feeling a little impatient.

The path may seem slow, but if you look at the facts it becomes apparent that the recovery for potash is only recently underway. Compare potash to copper, the “Best Performing Metal of 2009.”  Copper prices fell off a cliff in the summer 2008 and have been on the rebound ever since.  The metal gained a great deal of steam almost a year later and reached a 16-month high in January 2010.

Potash, while it shares common ground with copper in that the recession slashed its value, it appears that the fertilizer did not embark on a recovery until early this year.  In fact, many analysts claim that fateful day when the bottom was actually hit was sometime towards the end of December, the day that Belarusian Potash Co (BPC) inked a deal with China to sell potash for $350 per tonne.  BPC’s move was heavily criticized by other potash miners, as well as investors. Canpotex, the marketing arm of North American producers, refused to match the price. China and Canpotex took some time to reach an agreement.  When that agreement was finally met, the price settled on was kept secret.  This had analysts predicting that the contract price was on the low end of the scale.

Following the BPC deal, prices have slowly inched up; and stockpiles have rapidly disappeared.  All signs seem to point toward an improving potash market.  Given that the rebound has just started, maybe a little patience is in order.

We all know the story of the tortoise and the hare.  There may be a little parody between this childhood story and the comparison between the potash and copper markets. Many analysts have grave concerns over what copper has in store; as they feel the market was artificially propped up by government stimulus plans.  Potash, on the other hand, had no outside help.  In fact, if you ask some traders they will tell you that the unwillingness for producers to cut their price actually caused the bottom to fall out of the market.  In sum, perhaps taking the slow and steady route isn’t necessarily bad. Either way, for now, that appears to be exactly what potash is doing.

So what exactly is potash doing now? On March 5, Canpotex announced a price hike of US$30 per tonne of potash. This price increase mimicked increases by European (BPC), which raised its price recently by $25 a tonne, as well as German potash supplier K+S.  Now, potash prices have hit $415 and $430 a tonne for standard and granular grade potash, respectively.  Prices have climbed up over 21 per cent this year, and upgrades to fertilizer producers have followed suit.   One Canaccord Financial Inc analyst shared his new projections for the major North American Producers: the one-year target price on Potash Corp. up to $145 a share from $130, Mosaic to $80 a share from $77, and Agrium Inc. to $75 a share from $70. Bill Johnson, a spokesman for Potash, said that the increase by Canpotex “signals that the market is tightening” as sales pick up. “Everyone was nervous last year as prices were falling,” said Mr. Johnston. “Canpotex’s international customers were running their inventories down rather than restocking in a typical year.”

But, there are differing opinions of potash’s future. In a presentation to the Prospectors and Developers Association conference Sunday, T.D. Newcrest minerals analyst Paul D‘Amico warned minerals analysts and investors that potash prices will remain flat for the rest of this year, but may see some price leverage gain next year.  He predicts that potash will hit $500 tonne in 2011.