Potash has risen from relative obscurity, to one of the most talked about commodities in the global market, thanks to its application as a fertilizer. As the world’s population increases, and the amount of arable land shrinks, the necessity to get the most food production from a finite land base has resulted in a skyrocketing interest, and demand for potash. 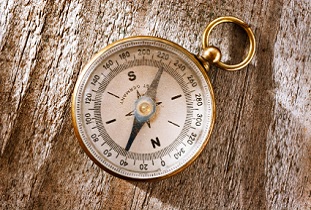 Potash has risen from relative obscurity, to one of the most talked about commodities in the global market, thanks to its application as a fertilizer.  As the world’s population increases, and the amount of arable land shrinks, the necessity to get the most food production from a finite land base has resulted in a skyrocketing interest, and demand for potash.

The potash market it is an interesting one, because it is what many people refer to as a “duopoly” due to the fact that the majority of supply is controlled by two major players- the North American producers, who jointly market their potash through Canpotex, and then the producers in Russia, including the newly merged Uralkali-Silvinit, and Belaruskali. The control of the market share by a few players has resulted in what many people claim is unfair pricing, however, whether or not “price-fixing” is an issue in the potash market, the fundamentals behind the rapid ascent in prices over the past few years are solid, and provide plenty of incentive for a heightened interest in locating new reserves. This is exactly what is being witnessed, and here is a quick snap-shot of areas around the world where potash exploration is heating up.

The Holbrook Basin, located in Arizona, is reported to contain between 0.7 and 2.5 billion tonnes of potash within a 600 square mile area, according to the Arizona Geological Survey.  There are currently three exploration companies at work in the area, HNZ Potash, American West Potash, and Passport Potash (TSXV:PPI).  Passport Potash holds a 140 square mile land position in the  Holbrook Basin, making it the largest land holder. When asked why there was so much interest in the Holbrook Basin, CEO of Passport Potash, Joshua Bleak commented “The Holbrook Basin is the shallowest deposit in North America, and it is well supported by infrastructure.” Outside of North America, in terms of potash, transportation costs can be an issue in terms of getting potash to market. The Holbrook Basin, according to Bleak, is well supported by rail and an interstate highway, and the Port of Long Beach, one of the world’s busiest seaports, is located 550 miles to the west of the project. The port is a leading gateway for trade between the United States and Asia.

In terms of potash deposits, the Holbrook Basin is a shallow deposit, which means that conventional mining is a plausible way to extract the potash reserve, however, Passport Potash is evaluating both conventional and solution mining methods to see what would be the best  for the project. Drilling and assaying is currently underway on Passport Potash’s Holbrook Basin property. These drilling results will be combined with Passport’s  2D seismic survey and historic drilling data from Arkla and Duval companies in the company’s upcoming NI 43-101 Resource Report.

Exploration interest in Brazil has gained a great deal of  interest over the past five years, partly due to the growing domestic need for a stable potash supply. Brazil is one of the world’s largest potash users, and is heavily reliant on imports of potash to support the growth of many crops, such as soybeans, sugar, and coffee, on its relatively infertile soil. In 2007, Brazil had the world’s ninth-largest potassium reserves, according to Melo de Oliveira and the Mining Department, however, after just two years of exploration work the mining department increased  its reserves and upped its rank to the world’s third-largest potash reserves, following the new discoveries. Explorers and miners in Brazil include Verde Potash (TSXV:NPK). Verde Potash is hoping that its Brazilian Cerrado Verde potash mine will provide enough resources  to supply all of the country’s future demand for potash. According to a company spokesperson, Verde Potash holds a 10.5-million tonnes of resources at 10.3 percent, which adds up to a potential billion tonnes of potash. The company aims to announce an updated resource estimate for the property by the end of June or early July.

Saskatchewan may be home to the world’s largest, currently-operating potash mines, however,  this does not mean that exploration for new resources has stagnated. Both miners and explorers are currently scouring the province, hoping to find more potash deposits hoping to capitalize on some of the highest-quality, lowest production cost potash reserves in the world. Miners and explorers currently operating in Saskatchewan include: BHP Billiton (NYSE:BHP), Encanto Potash (TSXV:EPO),  Western Potash Corp. (TSX:WPX), Potash Corporation of Saskatchewan (NYSE:POT), Karnalyte Resources (TSX:KRN), and Agrium (NYSE:AGU).

Ethiopia is home to the Danakil Depression, an evaporite basin well known for its potash reserves, with mining operations for potash carried out intermittently since the early 1900s. Current explorers in Ethiopia include Ethiopian Potash Corp (TSXV:FED), and Allana Potash Corp. (TSXV:AAA). Ethiopian Potash has 481 sq. km of potash development concessions in the fairway of the Danakil Depression. The company has an existing 128 million tonne resource grading  21 percent potash. Allana Potash Inc. has acquired the option to earn a 100 percent interest in three potash concessions totaling approximately 150 square kilometers in the  northeastern section of the Danakil Depression. Allana’s concessions cover part of the previously defined Musley potash deposit located on the edge of a 1,000 square kilometer evaporite basin that lies along northern Ethiopia’s portion of the East African Rift. Previous drilling by the Ralph M. Parsons Company from 1958-1967 resulted in the discovery and partial delineation of the Musley Deposit which was reported to contain a resource of 171.27 million tonnes grading 32.48 percent potassium chloride.