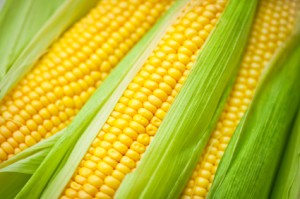 After a summer of persistent heat and dry weather, the outlook for the fall’s fertilizer application and potash sales remains mixed.

Recent forecasts released by the Farm Service Agency, a division of the US Department of Agriculture (USDA), have added to the debate on expected fertilizer demand for the fall 2012 season. The Agency increased its initial estimate for US corn yields for the upcoming harvest to 93.8 million acres, a jump of more than 800,000 acres.

Corn crops are a key market for potash fertilizer, and these greater-than-expected corn figures have culled corn prices and scrambled expectations around fall potash demand.

The expected harvest remains below the 96.4 million hectares projected earlier this year, and yields are down from those in previous years. In 2011,  a projected 23 percent reduction in corn harvests — despite sowing levels reaching a record 50-year high — saw farmers contemplating fall fertilizer application levels after drought caused them to second guess final harvest figures.

John Lory, an extension associate professor of plant sciences at the University of Missouri, noted that during drought cycles nutrients remain in the soil, negating the need to ramp up fertilizer applications. “When nutrient uptake is reduced there is an opportunity to capture a drought nutrient credit from the stricken crop that may reduce fertilizer need in the year following drought,” he commented.

But smaller outputs and an increase in the expected number of acres to be sown have provided some with the incentive to expand potash application.

Both US corn and soybean numbers fell in the most recent USDA crop figures, down 52 million and 58 million bushels respectively. Corn farmers will harvest 10.727 billion bushels, the smallest crop in six years, down 13 percent from 12.447 billion in 2011.

Adding to the reduced output, farmers remain in a strong cash position due to elevated crop prices received in markets and projected insurance claims due to damaged crops.

Stephen Wilson, CEO of CF Industries Holdings (NYSE:CF), which produces phosphate and nitrogen — two of the three key macronutrients applied alongside potash — told the Scotiabank Agriculture, Fertilizers and Chemicals conference in Toronto, Canada that “[w]hen the grower’s making this kind of money … you want to maximize yields and that’s when they come to us.”

As a result, price forecasts for the fall season remain mixed, with analysts citing high global food prices and high farmer incomes as key counterweights to retained nutrients and subdued demand from key agricultural producers in India and China.

Spot potash prices have continued to hover below the $500/tonne mark, consistent with much of 2012.

While fall applications are front of mind for many farmers in the US, several fertilizer producers are working on securing international contracts for 2013 demand.

Russian potash producer Uralkali (LSE:URKA) announced last week that it is seeking to maintain current prices in upcoming contract negotiations with China and India. Citing a “stable price environment in key markets this year,” CEO Vladislav Baumgertner told Bloomberg that “we will do our best to protect the current prices.”

Potash trader Belarusian Potash, partly owned by Uralkali, has kept its contract potash price with China locked at the $470/metric ton level since the second half of 2011, and for India at $490/metric ton since August 2011.

Baumgertner believes that the market remains worthy of expansion, and told Reuters last week that “[w]e would like to implement M&A in the potash sector, and we’re still looking for potash assets,” despite there being “not too many opportunities.”

PotashCorp CFO Wayne Brownlee holds demand from China and India as critical to the success of the marketplace in the coming years. Specifically, much of the potash demand loss experienced this year in India is expected to return in 2013 if the political and economic factors remain conducive for demand growth.

In a virtual meeting held by PotashCorp, Brownlee suggested that global demand in 2013 could rise to between 56 and 60 million tons, up from the current 53 million tons projected for 2012.

“[G]iven where grain prices are, food prices are, given the amazing incentive that farmers have right now for trying to make a profit in the next 12 months, you know, it looks pretty good.”