Dmitri Rybolovlev’s recent sale of 53.2 percent of Uralkai stock to an investors group, led by Mr. Kerminov, has led to rumours of a significant merger in the potash industry. About $11 billion of fertilizer and agricultural-chemicals mergers and acquisitions have been announced or completed since the end of 2008. 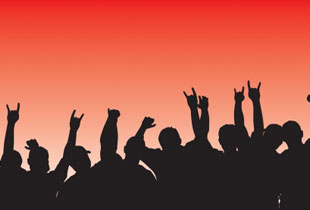 Potash inventories, which have recently been well below the previous five year average, eased off last month rising by 396,000 tonnes to just below 2.5 million tonnes.  Inventories are now 11 percent above the previous five year average. This is not necessarily a signal of decreasing demand. In fact, according to many producers demand is picking up.

Strong demand from farmers is the reason behind K+S Ag’s recent increase in potash prices to $400 per tonne, the second increase in potash prices over the last several months.  Behind the increase, K+S Ag cites climbing demand from China, India, and surprisingly, Europe. European farmers are still coming to the market, despite the fact that the Euro has been really weak over the past few months. Potash is priced in US dollars, so a weak Euro means more expensive potash for European purchasers. K+S’ last price increase was in March.

Potash prices have been slow to rebound, and according to chemicals and agriculture analyst David Begleiter, changes in market fundamentals are necessary before the price of potash can come even close to competing with its previous highs.  Mr. Begleiter claims that an additional 5-7 million tonnes of global potash demand is necessary before the price for the crop nutrient will increase. “Globally we are going to be in the 48 million to 50 million-tonne range for potash consumption in 2010. Until we get another 5 million to 7 million tonnes of demand, we will not have a tight market and potash prices will likely not appreciate. This doesn’t even take into account additional potash capacity, which could total more than 10 million tons over the five years, or 20%-plus of current capacity,” the analyst commented.

Dmitri Rybolovlev’s recent sale of 53.2 percent of Uralkai stock to an investors group, led by Mr. Kerminov, has led to rumours of a significant merger in the potash industry. Mr. Kerminov owns a 20 percent stake in Russia’s other large potash producer, Silvinit. Kerminov holds a great deal of power in Russia and local analysts claim that he could easily use his political muscle to facilitate a merger. The potential merger of Uralkali and Silvinit may create the world’s second largest potash producer.

A merger between potash miners Uralkali and Silvinit will further consolidate the sector, with five major players controlling two-thirds of global potash production. The potash industry is frequently scrutinized for having relatively few players.  Other major potash producers Belarusian, Israel Chemicals, Mosaic (NYSE: MOS) and Agrium (NYSE:AGU) contributed 14.7 percent, 13.2 percent, 11.1 percent, and 4.1 percent of total potash production, respectively. Russian giants, Silvinit and Uralkali had a 10.3 percent and 7.6 percent respective share in the world’s potash production.  Uralkali and Silvinit would have 11.5 million metric tonnes of capacity, challenging Potash Corp. of Saskatchewan Inc. (NYSE:POT). About $11 billion of fertilizer and agricultural-chemicals mergers and acquisitions have been announced or completed since the end of 2008. BHP Billiton Ltd. and Vale SA, the world’s two largest miners are among companies buying fertilizer assets

Mosaic, is reportedly in talks to buy Mexican rival Grupo Fertinal. Grupo Fertinal’s phosphate resources are the prize for Mosaic, which makes about 10 percent of the global supply of potash fertilizer and controls 13 percent of the global supply of phosphate fertilizer. The acquisition would give Mosaic an entry into the Mexican market, and a new supply of phosphate. The deal is rumoured to be valued at approximately $1 billion, Mosaic reported more than $2 billion in cash and equivalents at the end of its third fiscal quarter in February. Mosaic also predicts that demand for fertilizer will increase as farmers are called upon to grow more food for more people. Increased demand for biofuels such as corn-based ethanol also contributes to the prediction for more fertilizer.  Deal talks are rumoured to have been in the works for the past 6 months.