Analysts have already warned that extremely tight phosphate inventories could put significant constraints on supplies and further buoy phosphate prices. In some areas, analysts caution that phosphate supplies may be used up, resulting in a delay for farmers to get their hands on much needed phosphate. 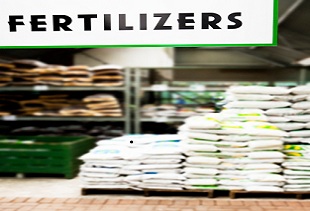 Fertilizer prices will continue their recovery in 2011, buoyed by high grain prices and shrinking stockpiles. In 2010, fertilizer prices recovered, with phosphate returning to its pre-recession value. Since April 2010, market prices for potash climbed 5 percent to $526 per tonne, and phosphate prices rose 31 percent to $661 per tonne.

The rise in crop prices has been a major driving force behind the rise in fertilizer prices, as soaring grain prices increase farmer’s incentives to maximize per acre yields. Now, while grain prices remain high, the renewed demand for fertilizer has in turn increased phosphate and potash prices. In November, Purdue University economists forecasted double-digit percentage increases in the variable costs of growing corn, wheat and soybeans in 2011, with fertilizer prices being the driving force behind the increases. Since April 2010, fertilizer costs made up 41 percent of farmers growing expenses. The USDA estimated average per-acre fertilizer expenses for 2010 at $124.26 for corn, $57.32 for wheat and $22.46 for soybeans.

Mosaic Company (NYSE:MOS), Tuesday, reported second quarter 2010 profits that exceeded analyst’s expectations. Profits benefited from significantly higher phosphate prices, potash sales volumes as well as gains from the sale of Fosfertil S.A. Net income for the second quarter of $1.0 billion or $2.29 per share, compared to $107.8 million or $0.24 per share for the year-ago quarter. The latest quarter results include a gain of $570 million or $1.28 per share on the sale of the company’s interest in Fosfertil S.A. On average, analysts expected the company to earn $0.91 per share for the second quarter. Gross margin for the quarter improved to 29 percent from 18 percent in the prior year quarter. Operating earnings for the quarter more than tripled to $658.2 million from $200.1 million last year. Net sales for the second quarter rose 56 percent to $2.67 billion from $1.71 billion in the same quarter last year. Commenting on the results, Jim Prokopanko, President and Chief Executive Officer of Mosaic, said, “Our second quarter results reflect strong global phosphate and potash demand. Market conditions are excellent and we are beginning calendar 2011 against a backdrop of expected record phosphate and potash demand, low producer inventories and a very lean global distribution pipeline.”

Lithium developer Orocobre (TSX: ORL) has received environmental approval from the Jujuy provincial government for the development of its Salar de Olaroz lithium/potash project, in Argentina. The provincial Director of Mines and Energy Resources approved the project late last month, following recommendations by the Unit of Mining and Environmental Management. The Olaroz lithium project consists of 118 km2 of tenements over an area known to contain high values of lithium in brine. Orocobre is developing the Olaroz project in a joint venture (JV) with Toyota Tusho, a Toyota Group company. Toyota Tusho will provide $4.5-million to fund the completion of the definitive feasibility study (DFS), which is expected to be completed in the first quarter of this year, to earn a 25 percent stake in the JV. Initial commercial production at Olaroz is expected to begin in 2012.