China, a country keen on ensuring it has the raw materials necessary to sustain its voracious appetite for growth, has cried foul play over BHP Billiton’s bid for Potash Corporation of Saskatchewan. 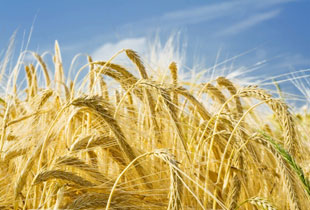 China, a country keen on ensuring it has the raw materials necessary to sustain its voracious appetite for growth, has cried foul play over BHP Billiton’s (NYSE: BHP) bid for Potash Corporation of Saskatchewan (NYSE:POT). China is concerned that if a bid by BHP for Potash Corp were to go through, its future supplies of potash, which is has a great need- will be affected by a so called “potash monopoly.”

These concerns have led the country to investigate into BHP Billiton’s $39 billion bid for Canada’s Potash Corp., and also review the merger of two Russian potash firms, Uralkali and Silvinit, given the major impact the two deals would have on China.

China buys around 7 percent of the output of Potash Corp. Potash demand in the country has been consistently growing by around 5-8 percent a year, China’s largest fertilizer distributor, Sinofert Holdings Ltd said last week it was worried about the impact that a BHP deal would have on China’s potash purchase. However, the firm refused to respond when asked if they would go as far as making a counter offer to Potash Corp, in order to stop a potential acquisition.  Government departments and state-owned Sinochem Group have held meetings recently to review the possible impact the two high profile acquisitions could have on China

According to Chinese law, its regulators have jurisdiction over a foreign merger if two of the parties each have over 400 million Yuan ($58.7 million) in sales in China in the last fiscal year and if their worldwide sales exceed 10 billion Yuan. The BHP Billiton bid for Potash Corp appears to meet that criterion. However, Chinese regulators when evaluating the deal could take into account future production from deposits that BHP owns, including the Jansen mine, in projecting future market dominance. China’s ability to enforce rulings in cases where neither party to the merger has operations or assets in China is so far untested. A Chinese fertilizer expert said there is concern about BHP getting control of Potash Corp adding to its own large potash reserves. “So in terms of buying this resource, or negotiating, the Chinese government and people don’t want to see this kind of concentration,” Chen Li, a fertilizer expert at China National Chemical Information Center, claims. But, is this a case of the pot calling the kettle black?  China itself in the past has been accused of taking advantage of its monopoly over the tungsten market.

BHP fired back to China’s move- stating that the deal only needs approvals from regulators in Canada and the United States, where Potash Corp sells around half its production. BHP Billiton could also argue that since it currently does not produce potash, a takeover of Potash Corp would represent a change in ownership hands but no increase in market share.

Russian potash suppliers believe that the market will soon bear a price increase for the crop nutrient.  According to the Belarusian Potash Company (BPC) – the marketing arm of Russian producers Uralkali and Belaruskali, Russian suppliers will seek price rises from customers in Asia and Brazil.  BPC is convinced that potash prices will rise from US $375 a tonne- to as much as US $420 per tonne.  BPC tried a roughly similar move earlier this year but the price rises did not persist. Prices for potash have started to bottom out and demand by China, the world’s biggest user of the crop nutrient, will rebound in the second half after bad weather conditions led farmers to idle fields, Citi Securities Co. said last week.

Meanwhile, the contract figures that China and Canpotex are settling on paint a different picture.  Sinofert Holdings Ltd., China’s largest fertilizer distributor, is rumoured to have settled third-quarter potash prices with Canadian marketer Canpotex at about $350 a metric tonne, including freight. This is the same price that the two firms agreed upon earlier in the year.  Sinofert has yet to settle contracts with Belarusian Potash Co. Earlier in the year, BPC’s willingness to settle low contract prices with China and India angered North American producers. BPC’s analysis that potash prices will rebound lends support to Potash Corp’s rejection of the $US40 billion hostile bid from BHP on the basis that it is grossly inadequate. Potash Corp is the single biggest producer of potash and its earnings have extreme leverage to any price increases, or price falls.