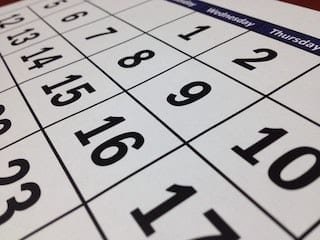 In its year-end financial results, the world’s largest miner revealed that it will not ask its board for approval on the Jansen project in 2018.

BHP Billiton (NYSE:BHP,ASX:BHP,LSE:BLT) said it will delay a decision on its proposed Jansen potash mine in Saskatchewan.
The world’s largest miner revealed on Tuesday (August 22) that it will not ask its board for approval for Jansen in 2018 despite continued progress at the site.
Excavation and lining of the production and service mine shafts, plus the installation of surface infrastructure and utilities, is 70-percent complete.
Explaining the delay, BHP said it is anticipating a later “market window,” and is considering its options to maximize project value. Potential steps include “further improvements to capital efficiency, further optimisation of design and diluting our interest by bringing in a partner.”


Give me my free report!
The company said Jansen will only be considered for board approval if it “passes … strict capital allocation framework tests.”
The decision was revealed during the release of BHP’s results for the financial year ended in June. Annual profits came in at $6.7 billion, which is short of analysts’ forecasts of $7.4 billion, but up from the company’s worst ever $6.4-billion loss the previous year.
BHP also announced plans to sell its US shale oil and gas business in the next couple of years. The firm has faced increasing pressure from shareholders to leave that space behind.
Potash prices were sitting at $218 per tonne as of Tuesday, down from a peak of $900 in 2008. While Potash Corporation of Saskatchewan (TSX:POT,NYSE:POT), another key player in the market, recently announced a year-on-year increase in gross sales for Q2, citing improved market conditions and higher production, other major miners have been less fortunate.
For example, Intrepid Potash (NYSE:IPI) said in its Q2 release earlier this month that while its sales volume increased, the rise was offset by lower prices. It recorded a net loss of $5.9 million for the quarter compared to a net loss of $13.4 million during the same period last year.
Don’t forget to follow us @INN_Resource for real-time news updates!
Securities Disclosure: I, Melissa Shaw, hold no direct investment interest in any company mentioned in this article.