BHP Billiton’s (NYSE:BHP) bid for Potash Corp. of Saskatchewan (NYSE:POT) is officially dead in the water. 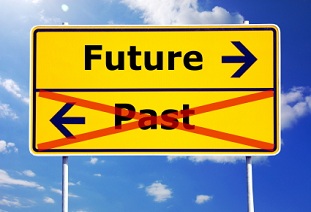 BHP Billiton’s (NYSE:BHP) bid for Potash Corp. of Saskatchewan (NYSE:POT) is officially dead in the water.  The mining conglomerate was given 30 days to rebuff their bid to acquire the world’s largest potash miner, after the Canadian government rejected the bid, doubting its “net benefit” to Canada. Shortly after the rejection, BHP executives told both the Canadian Government and Potash Corp. that they would not counter-offer. BHP still plans to move forward with their Jansen Potash project located nearby Potash Corp’s mines, in Saskatchewan.

In the aftermath of the bid, Potash Corp.’s shares have held up, a surprise to some skeptics who predicted a crumbling in the shadow of the bid. In the meantime, Potash Corp. announced plans to repurchase as much as $2 billion of its stock. Potash Corp. may repurchase 14.6 million traded shares, or about 4.9 percent of its stock, at market prices. The company has a year to complete this purchase; however, the company said that it intends to complete the buy-back by Dec. 31. The S&P has rated potash neutral, giving it 3 out of 5 stars.

While BHP was pushing for the hostile takeover, Potash Corp attempted to strengthen ties with Canada, proving that keeping the company under current ownership would be best for the country. Now, Potash Corp has to make good on its promises, including relocating key head office jobs from Chicago to Saskatchewan. Premier Brad Wall says he plans to sign a memorandum of understanding with PCS to hold the company to its promises.

Brazil, focused on decreasing its reliance on imports, also has its eyes on Canadian Potash. Brazilian mining company Vale SA (NYSE:VALE) says it is looking to spend more than $10 billion over the next few years in Canada, including a possible move into potash. The move towards potash is part of the company’s, and country’s plan to reduce potash imports from 91 percent to 60 percent of domestic demand in five years. By decreasing its reliance on imports Brazil will be able to lower the costs of fertilizer, to local farmers. The government also aims to reach self-sufficiency in nitrogen-based fertilizers by 2013 and lower imports of crop additives made of phosphates to 20 percent from 50 percent in six years. The Brazilian government hopes that by boosting fertilizer output, it will be able to lure as much as $260 billion of investments in mining in the next two decades. Vale is the only company currently producing potash in Brazil.

In the face of a rapidly growing food demand, China is planning to increase domestic production of potash. The nation has set a long term goal of satisfying 80 percent of its demand with domestic supply.  For the near-term, China plans on making public, in early 2011 its five year plan for the potash industry. China currently imports as much as 70 percent of its potash demand, despite the fact that the country does have the reserves to amp up domestic production. The Qinghai and Xinjiang Uygur Autonomous Region are capable of producing more than 5.7 million tonnes of potash fertilizer every year, which is 70 percent of the nation’s annual consumption of the product.

A prospective potash solution mine has been given the green light from the Saskatchewan Ministry of the Environment. Potash One (TSX:KCL) is moving forward with expansions in Saskatchewan.  The company has received the landmark approval by the Saskatchewan Ministry of the Environment for its Greenfield potash production facility.  There was a cloud of uncertainty surrounding the approval, as Potash One is the first company to seek environmental approval for a potash mine, under the existing Environmental Assessment Act. The Vice President of Projects, Mike Ferguson, added that the next step in the development of the mine is getting the financing in order; a milestone that they hope will be completed by the end of the year. Tentatively, Potash One hopes to have the mine up and running in mid to late 2014.