Today’s technologies give parents more options for discovering and in some cases potentially preventing genetic abnormalities. Companies that can uncover new methods for genetic testing and acquire new technology investment may be in a good position for future growth. 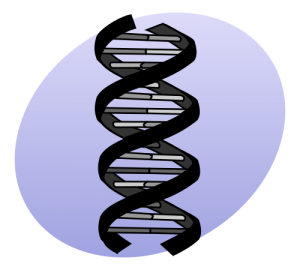 The American College of Obstetricians and Gynecologists (ACOG) now recommends microarray analysis for pregnancies that show fetal abnormalities during an ultrasound. This decision means that chromosomal microarray analysis (CMA) is now the preferred first-line genetic test, rather than karyotyping.
Karyotyping is a conventional prenatal genetic test that identifies chromosomal defects like Down syndrome. Because karyotyping requires the examination of stained chromosomes through a microscope, submicroscopic genetic defects may not be found. CMA is computerized and can detect these small changes, while also offering a more standardized procedure. Both karyotyping and CMA use chorionic villus sampling (CVS) or amniocentesis to gather the required fetal tissue for analysis, but CMA offers a higher resolution, helping to identify more specific genomes (and potential problems with those genomes). CMA procedures often return results faster, since DNA can be acquired from uncultured cells, unlike karyotyping, which requires use of cultured cells. The ACOG provides a thorough explanation of their decision to recommend CMA over karyotyping on their website.
Many small cap companies operate in the molecular diagnostic field, providing new alternatives for expecting parents to learn about their children’s genes, so that they can plan ahead if their child has a known genetic disorder. Because many genetic diseases are recessive, both parents can be carriers without showing symptoms themselves. Cystic fibrosis and sickle-cell anemia are both autosomal recessive, meaning that both parents must carry a copy of the mutated gene in order for there to be a chance that it’s passed to the child. CMA is a way to find these recessive genes, even if the parents show no symptoms. This short list includes a few companies that are conducting molecular analysis, including CMA.
CombiMatrix Corporation* (NASDAQ:CBMX), based in Irvine, California, is a molecular diagnostics company that operates in the prenatal testing sector, providing DNA-based CMA testing services. As they explain on their website, CMA can be used to clarify atypical karyotyping results, or as a first-line test following an abnormal ultrasound. The company has announced many new contracts this year, most recently with America’s Choice Provider Network, to offer health care provider networks access to CombiMatrix’s suite of molecular diagnostic tools. CBMX closed December 16th at $2.85, up $0.06 with a market cap of $10.61 million. Its 52-week trading range is $2.14 – $7.64.
San Diego-based Sequenom Inc (NASDAQ:SQNM) markets the MaterniT21 Plus test, the first non-invasive prenatal test (NIPT) for detecting Trisomy 21, a chromosomal anomaly that is the most common cause of Down syndrome. Sequenom recently announced that Laboratoire Cerba, a French lab, has developed a new NIPT based on their technology that will be marketed in France, Belgium, Luxembourg and parts of the Middle East and Africa. The commercial launch of the project occurred on December 4. Earlier this year, Sequenom and CombiMatrix partnered to market prenatal CMA testing to physicians and patients. SQNM closed December 16th at $2.11, down $0.02, with a market cap of $245.90 million. Its 52-week trading range is $1.65 – $5.36.
TrovaGene Inc (NASDAQ:TROV), also based in San Diego, creates and markets noninvasive transrenal nucleic acid technology – essentially, urine-based genetic tests. Right now, the company markets urine-based HPV testing as well as testing for the BRAF V600E genetic mutation, which has been found in many types of cancers, including melanoma, colon cancer, ovarian cancer and thyroid cancer. However, TrovaGene plans to expand into prenatal testing, offering a non-invasive testing method for expecting parents. TROV closed December 16th at $4.92, down $0.01, with a market cap of $99.66 million. Its 52-week trading range is $4.81 – $10.27.
In decades past, the only way to find out if a child was born disease-free was to actually give birth. Today’s technologies give parents more options for discovering and in some cases potentially preventing genetic abnormalities. Companies that can uncover new methods for genetic testing and acquire new technology investment may be in a good position for future growth. Meanwhile, healthcare investors who can find a molecular analysis-focused small cap company early on may be well rewarded.
* Denotes a client of Allen & Caron, publishers of this blog.