Q1 2015 is nearly at an end, and for Naturally Splendid Enterprises it’s been a busy quarter. At close of day March 27, the biotechnology company was up an impressive 121.28 percent year-to-date. 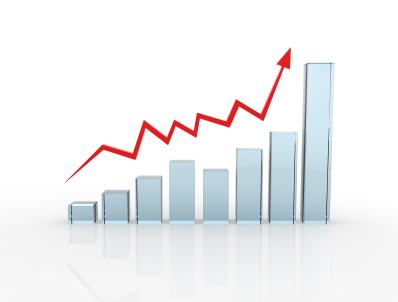 Q1 2015 is nearly at an end, and for Naturally Splendid Enterprises (TSXV:NSP) it’s been a busy quarter — at close of day March 27, the biotechnology company was up an impressive 121.28 percent year-to-date.

Here, Life Science Investing News takes a look at what exactly drove Naturally Splendid’s share price up during that time and what may be in store for the company moving forward.

Naturally Splendid kicked off 2015 with a bang, signing on January 6 a strategic alliance with Nature’s Health Products Canada “to capitalize on immediate opportunities to sell bulk volumes of HempOmega™ to selected clients.” More specifically, the deal will see Naturally Splendid be introduced to potential buyers of HempOmega™, with sales agreements ideally to follow.

As the release explains, HempOmega™ is a patent-pending, plant-based omega product created by Boreal Technologies, and Naturally Splendid has an exclusive sales agreement to market and distribute it in North America.

Later in January, Naturally Splendid provided a wide-ranging corporate update, noting among other things that its alliance with Nature’s Health was bearing fruit. The company also said its relationship with Full Spectrum Laboratories and Boreal Technologies was “continu[ing] to strengthen,” with an application being made to the US Patent Office for co-ownership of HempOmega™ patents.

That relationship with Full Spectrum and Boreal was in fact a key theme for Naturally Splendid during Q1. Back in November 2014, the company entered into a novation agreement with those two parties under which it agreed to assume “all rights, title and interest in and to a Restated and Amended License Agreement between [Full Spectrum] and Boreal.”

While that might sound complicated, CEO Craig Goodwin was able to sum it up succinctly, noting that it will allow his company to “develop, market and distribute water soluble cannabinoid products and technologies in jurisdictions where these products are legal, beginning with the US market.”

In terms of how the agreement moved forward in Q1, the deadline was extended twice before the transaction eventually closed on February 25.

As if that wasn’t enough, at the end of January, Naturally Splendid revealed the signing of a service agreement with Alberta Agriculture and Rural Development’s Food Science and Technology Center. The center will assist the company with developing a pet food line — specifically, “pet superfoods fortified with HempOmega™.”

The company followed up that release in February with the news that it had launched a hemp-based pet care line trademarked Pawsitive FX™. The initial product line consists of three formulations for topical applications as well as three formulated shampoo products. As Goodwin explained at the time, the project is different than Naturally Splendid’s pet food line. “The purpose of that project is directed to pet food products. We wanted to offer a range of pet products in addition to pet food and have thus developed a topical pet care products line,” he said.

In addition to all the above news, Naturally Splendid also saw some noteworthy executive appointments during Q1. They are as follows:

It’s clear that 2015’s first quarter was a good one for Naturally Splendid, and it will be interesting to see whether the company’s positive trajectory continues as the year moves forward. At close of day March 27, the company’s share price was sitting at $0.52. As mentioned, it’s seen a year-to-date gain of 121.28 percent; in the last year, it’s gained 67.74 percent.

Editorial Disclosure: Naturally Splendid is a client of the Investing News Network. This article is not paid-for content.