Life Science Investing News spoke with Dean DeWulf of Silver Botanicals about the role that true-colloidal nanosilver plays in his company’s products. 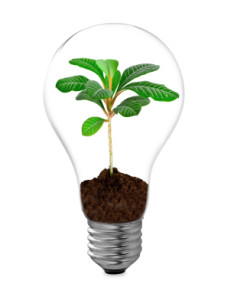 To learn more about the company’s products, and particularly about the role that true-colloidal nanosilver plays in them, Life Science Investing News (LSIN) spoke with Dean DeWulf, Silver Botanicals’ founder, president and CEO. Here’s what he had to say.

LSIN: Could you start by telling me a little about your company and background? What inspired you to get into the personal and household hygiene products business?

DD: Myself and my partner Ray d’Amico started Silver Botanicals back in 2010, and we were incorporated in 2011. My background is in formulation chemistry — I have a master’s degree in chemistry, and I spent 15 years in the semiconductor industry and other high-tech industries. Ray is very much into essential oils and natural products, and he introduced me to the concern that toxins are in a lot of personal hygiene products, consumer products in general.

One of the first products I wanted to improve was deodorant. So many deodorants use aluminum-based antiperspirants, and I was very worried because I know there are problems associated with aluminum in the body. Many deodorants also just didn’t seem very effective.

So we started developing deodorant formulations that incorporated true-colloidal nanosilver, essential oils and other all-natural ingredients. Around formulation number 60 we found it was really starting to work. We went to a local farmers’ market and started selling it, and as we saw interest from people who really were concerned about personal hygiene products, we started developing other products.

LSIN: What are some of those other products?

DD: We’ve made a foot spray, a mouthwash and we have a vitamin C skin serum. We also have a dog and bedding spray. And while we make those products for a specific purpose, our customers have given us anecdotal testimonies saying that whatever they use them for, they have found them to be really useful. They’re very versatile.

LSIN: And what is true-colloidal nanosilver? Do you make it or do you have to get it from somewhere?

DD: It’s approximately 30-atom clusters of silver metal that are suspended in solution, and we get it from a supplier, Purest Colloids. It’s out of New Jersey, and it’s a really a quality company — I’ve been fascinated with the chemistry of silver for a long time, so about 10 years ago I started investigating colloidal silver and what would be the best type to use. Purest Colloids I thought was on to a form of colloidal silver that would be most effective.

The reason is that it has a very small particle size, and with a small particle size you get a good surface-area-to-mass ratio. That’s important because the surface of the silver particles is where a lot of the antimicrobial properties of colloidal silver are derived from.

LSIN: So what exactly does the true-colloidal nanosilver in your products do?

DD: A lot of metals, particularly noble metals, such as gold, platinum, iridium, silver and copper, have surfaces that can catalyze a lot of different types of reactions. Silver specifically is very good at catalyzing reactions that break down proteins on bacteria cell walls — very simple prokaryotic cells, not eukaryotic cells like human cells.

Essentially, bacteria cells provide for themselves — all the functions of bringing nutrients and oxygen into the cell have to be done at the cellular level. What silver does is destroy, or denature, the proteins and enzymes on bacteria that are responsible for bringing in oxygen and taking out carbon dioxide. It deactivates the breathing mechanisms of bacteria and the bacteria suffocate.

LSIN: And of course silver — though not true-colloidal nanosilver — has been used in medicine for a long time.

DD: Absolutely. Hospitals will drop silver salts in babies’ eyes when they’re born to prevent potential transmission of STDs. And silver-impregnated tubes are also used for catheters as infections can arise around the site where the catheter enters the body.

In fact, prior to the 1940s, with the advent of the modern antibiotic, silver was used extensively in the medical community and by the population in general. Even further back, the Greeks used silver vessels to preserve their wine, Roman soldiers used silver salts on the battlefield to treat wounds and during America’s westward expansion the pioneers would put silver dollars in their milk and water to keep them from getting bacteria.

LSIN: At this point in time are many companies working on products like yours?

DD: There’s not many that we’ve seen. Corning (NYSE:GLW) I think announced earlier this year that it’s going to put silver particles in its glass, and there is a company that’s putting colloidal silver in its shampoo. Degree used silver salts awhile back, and I saw that one of their deodorants has some silver in it, but they’re not pushing it that hard.

LSIN: Given the expense of true-colloidal nanosilver, is your business very sensitive to the silver price?

DD: No, it’s rather inelastic to it because as far as our cost total, silver may represent just 1 to 2 percent. So we’re rather insensitive to the change in the price of silver in the marketplace.

LSIN: That all sounds pretty good; however, colloidal silver has a bit of a bad reputation. Why is that?

DD: In the market there’s a lot of confusion with respect to colloidal silver, partially because people are selling silver salts, silver nitrates, things they’ve made with electrolysis as colloidal silver.

Also, a lot of people think of argyria, which is a bioaccumulation of silver salt in human tissues and ultimately in the skin. It can turn people blue. I don’t think it’s that big of a concern though. You’d have to consume huge amounts, really large amounts of silver in order to suffer from agyria.

LSIN: On that note, are there any regulations your products need to follow?

DD: There are some internationally, like the Codex Alimentarius, and the European Union is trying to establish international guidelines. But in terms of the US Food and Drug Administration (FDA), it is allowed at this point. In fact, recently the FDA approved the use of colloidal silver for a variety of products and uses.

At the same time, I’ve heard the FDA is fighting some people in court. I think it’s primarily associated with the claims that are being made. The FDA is very particular about what you can and can’t say on a label, what a particular ingredient can do. Though it’s well established that colloidal silver kills bacteria, and essential oils are very powerful antimicrobials — lots of scientific studies have been done showing that they’re effective at killing these things — once you start making claims about a product because it contains those things, you get into an area where there are restrictions and regulations. Hopefully there’s going to be a lot of pushback in the future on this front.

LSIN: Does the FDA want to see more research? What is it looking for?

DD: I think what they’re wanting are more FDA-approved guidelines, clinical studies that would be done specifically on a product. But it can cost over $1 million to do some of these studies. It really becomes a barrier of entry for companies to establish these alternative health products.

So right now we’re just trying not to make claims about curing and are making sure we have disclaimers on our website.

LSIN: And what will Silver Botanicals’ next steps be?

DD: We’ve been seeing really good growth — we’ve probably been averaging about 50-percent sales growth for the past four or five years. And we’re planning to come out with more products in the future. Every year we’re hoping to come out with two to three new products because we feel that there’s so many different areas that silver can be used in.