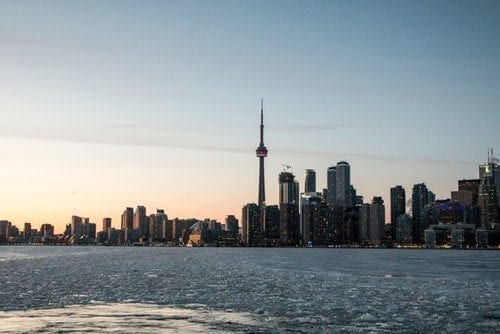 Aside from the recent funding and Phase 3 trial news, Resverlogix has many milestones for investors to look forward to this year.

For a small biotech company such as Resverlogix (TSX:RVX), receiving financing to enable the company to finish a Phase 3 cardiovascular clinical trial—the largest and most expensive trial— on its own is a rare occurrence.

Resverlogix received the financing on May 1 for its BETonMACE candidate ahead of the Bloom Burton & Co. Healthcare Investment Conference, which was held in Toronto from May 2-3. To listen to the full interview, watch the video above.

The Investing News Network (INN) attended the conference, and had the opportunity to speak with the company’s CEO, Don McCaffrey, about the financing and what the company expects to achieve this year.

Aside from the recent funding, other highlights from speaking with McCaffrey include, Resverlogix recently finished enrolling patients in March for its Phase 3 BETonMACE trial with its drug candidate Apabetalone, new publications from previous trials with the drug, and the potential for its global outreach following regulatory milestones—which means the company is nearing the end of this drug development.

“We have a new type of mechanism of action of how the drug of action is working, through epigenetics,” McCaffrey said.

In terms of the financing Resverlogix secured last week, and officially closed on Monday (May 7) for US$30 million from Third Eye Capital, the press release said it will be used to fund research and development activities including the clinical trial administrative expenses and more.

It’s very rare for a small biotech company to complete a Phase 3 cardiovascular trial on their own, which we’re able to do with this debt financing, said McCaffrey.

Looking ahead, the company’s next focus will be releasing top-line data from the trial by the end of the year and has already set up licensing structures for the drug, Apabetalone. One is with Shenzhen Hepalink Pharmaceutical in China, and another with Medison Pharma in Israel—both deals could bring the company over C$500 million in revenue. Following regulatory milestones the company is ready for global commercialization.

Two publications on the benefits of Apabetalone towards kidney disease patients were released in March from the company’s Phase 1 trial in New Zealand results. The first publication was about the plasma proteins in renal disease and the other mediated epigenetic modulation associated with favorable kidney function and alkaline phosphatase profile in chronic kidney disease patients.

“This is a multifactorial disease, you’re not going to be able to cure this with the normal drug approach,” McCaffrey told INN. “We’ve been able to go in and show with one dose of Apabetalone we can re-regulate 152 of those 289 misregulated proteins.”

“That’s an enormous impact, above and beyond the best standard of care today,” McCaffrey said.

According to McCaffrey, the BETonMACE Phase 3 trial could potentially treat multiple diseases due to epigenetic mechanisms.

“We’re actually changing the original message from the DNA back to pre-illness level and getting a lot of impact,” McCaffrey told INN.

He added that the drug is differentiated by other drugs due to its ability to effect multiple biological processes at once which cause the disease, alleging that the success of the clinical trial puts Resverlogix as  “world leader” in the area.

Although Resverlogix has had a string of positive news since the beginning of the year, the company’s share price has decreased 38.14 percent to $1.35 from $2.15, as of market close Tuesday (May 9).