Orogen Royalties (TSXV:OGN) has launched its campaign on the Investing News Network.

The Ermitaño project, owned and operated by First Majestic Silver Corp. (TSX:FR) has impressive inferred resources of 11 million ounces of silver and 522,000 ounces of gold which is a whopping 59 percent increase from the resources that were inferred in 2019. Orogen has a 2 percent NSR on the project and is located near the producing Santa Elena mine.  First Majestic is putting together a Pre-Feasibility Study and prepares to start production at the end of 2021. The second key royalty asset is Silicon Gold project, located in the mineral-rich Southwest Nevada Volcanic Field that hosts reserve and production resources of more than 60 tonnes of gold and 150 tonnes of silver. Orogen Royalties has a 1 percent NSR on the project. 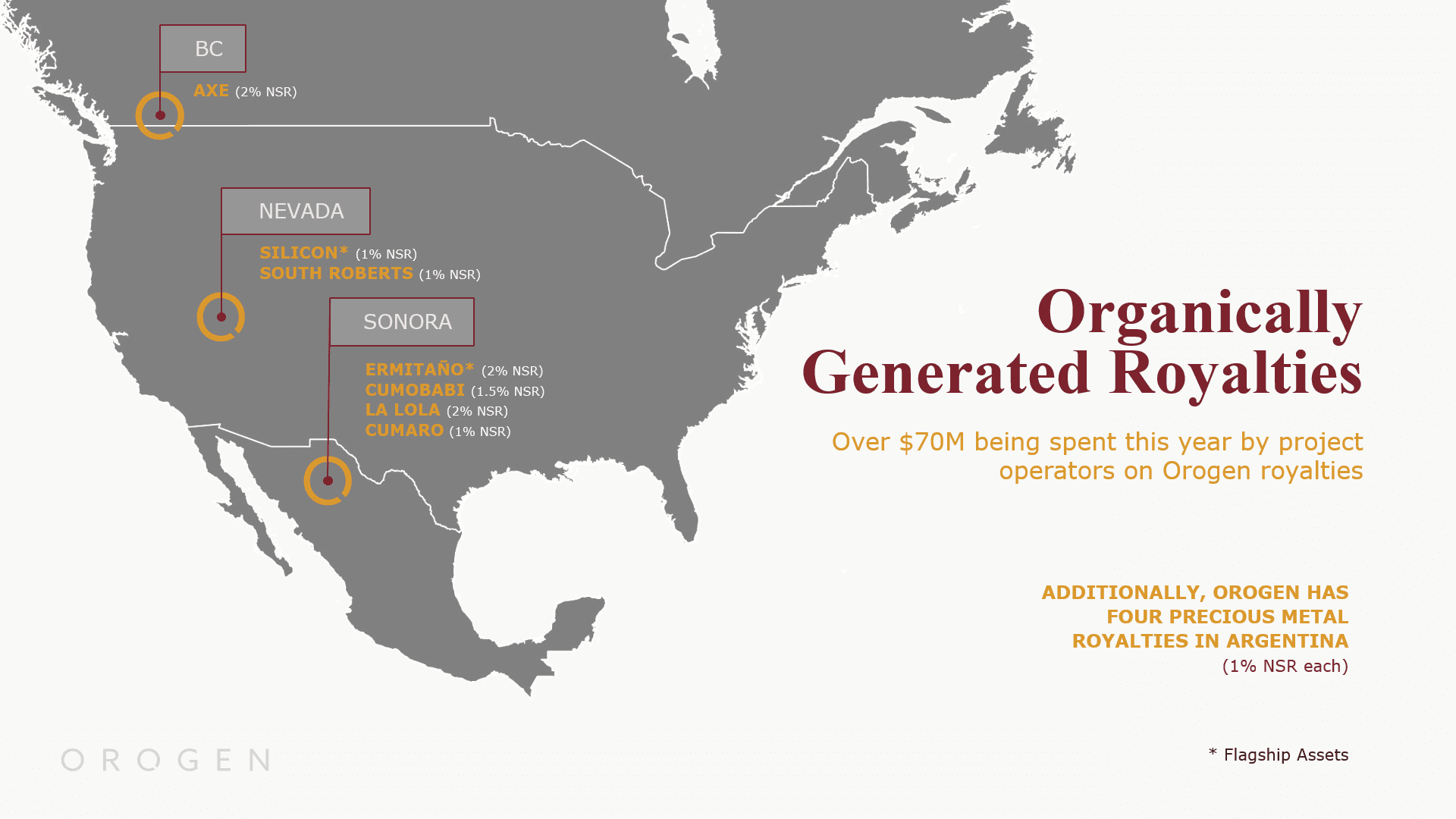