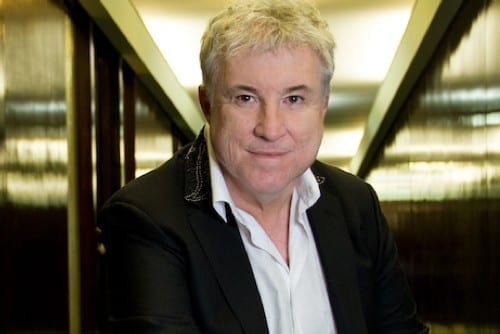 The Wonderfilm Media Corporation (TSXV:WNDR,OTCQB:WDRFF) CEO Kirk Shaw believes that the upcoming launch of Tammy is Always Dying at the 2019 Toronto International Film Festival is a significant milestone for the company.

According to Shaw, the selection process for film festivals is very competitive, making the selection of Tammy is Always Dying a milestone for the company. Adding to the honor of being selected, the film has its worldwide premiere on opening night, bringing prestige and notoriety before the movie is sold outside of Canada.

Shaw also talked about some of Wonderfilm’s upcoming films. The company has slated US$50 million to develop new films, which has resulted in roughly one film per month. Of the upcoming productions, Shaw is most excited about the action movie The Inside Game, which is being co-produced with Tyrese Gibson. This is expected to be the first of many movies co-produced by actors, providing the company with an additional revenue stream.

Below is a transcript of our interview with Wonderfilm CEO Kirk Shaw. It has been edited for clarity and brevity.

Wonderfilm CEO Kirk Shaw: After a year of research and negotiations, Wonderfilm launched its own international sales company, Wonderfilm Global. Instead of paying third-party distribution and sales fees, we can now sell our new films directly to buyers.

INN: How is Wonderfilm executing its in-house distribution strategy?

KS: Wonderfilm Global brings in new revenue as distribution is a profitable business. Our productions can reach profitability sooner as millions of dollars in fees stay in-house and overages start sooner. At the Toronto Film Festival in September, Wonderfilm has a dedicated suite to meet, greet and do business with media buyers from every part of the world who are looking to participate in our future projects. Wonderfilm Global also intends to distribute films and series from non-affiliated producers, allowing us to retain commissions and marketing costs as a new revenue source.

INN: Why is the premiere of Tammy is Always Dying at the Toronto International Film Festival a significant milestone for the company?

KS: Festivals like Toronto, Berlin and Cannes have an extremely competitive selection process. To be accepted at a festival instantly raises the profile and value of a film. Tammy is Always Dying was not only selected but is holding its world premiere on opening night, making it a very special occasion. In terms of revenue, Tammy is Always Dying has not yet been sold outside of Canada and launching in Toronto brings prestige and notoriety to the film among worldwide buyers.

INN: What are some of Wonderfilm’s upcoming productions?

KS: Wonderfilm has US$50 million of new films in its development queue. Of particular note is the action movie The Inside Game, which is being co-produced with Tyrese Gibson. We are also planning similar projects that will be co-produced with actors, which is proving to be a great model for both Wonderfilm and A-level actors.

INN: What’s next for Wonderfilm and how does it fit into the company’s long-term goals?

KS: Wonderfilm is shooting one movie each month, allowing us to deliver a movie every month to the marketplace as well as the associated revenue streams. The pace of production is creatively and financially exciting as the six Wonderfilm producers work together to develop, finance, shoot and deliver an expanding slate of unique films and series.

The information contained here is for information purposes only and is not to be construed as an offer or solicitation for the sale or purchase of securities. Readers should conduct their own research for all information publicly available concerning the company. Prior to making any investment decision, it is recommended that readers consult directly with The Wonderfilm Media Corporation and seek advice from a qualified investment advisor.