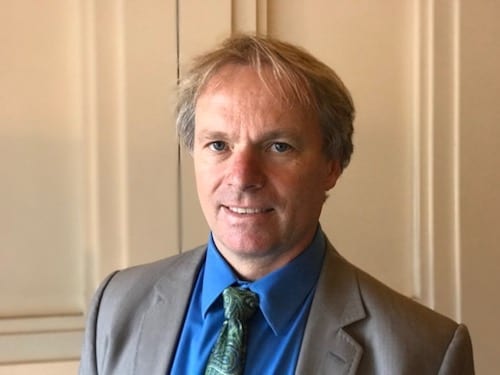 Triumph Gold Chairman John Anderson provides an overview of the company and touts the value of the Freegold Mountain project’s location, infrastructure and exploration results.

Triumph Gold (TSXV:TIG,OTCQB:TIGCF) Chairman John Anderson believes that the company’s Freegold Mountain project is strategically located in the Yukon as it is a mining-friendly jurisdiction that hosts a wealth of mining infrastructure.

In the interview below, Anderson discussed the company’s ongoing work at the project, including the discovery of the newly identified Blue Sky zone. He also addressed the value of strategic investors like Goldcorp (TSX:G,NYSE:GG), which owns just under 20 percent of shares, and Palisade Capital, which owns approximately 18 percent.

Below is the transcript of our interview with Triumph Gold Chairman John Anderson. It has been edited for clarity and brevity.

Investing News Network: Please give our investor audience an overview of Triumph Gold and its flagship project, the Freegold Mountain project in Yukon, Canada.

Triumph Gold Chairman John Anderson: Triumph Gold is a Canadian public company with a district-scale project in the Yukon. The project is geologically located at the South end of the Big Creek fault, which is host to geological deposits including Goldcorp’s Coffee project, Capstone Mining’s (TSX:CS) operating Minto mine and Western Copper’s Casino project.

INN: Please tell us about the exploration activities that are taking place at the Freegold Mountain project. Are there any results you would like to highlight?

JA: Up until last year, the property had seen 60,000 meters of drilling. Last year, we restarted the project with a 13,000-meter drill program, which tested four different areas where mineralization was found. This year, we just completed an 18,000-meter drill program where we followed up on last year’s success. We are pretty excited by two big discoveries that sit outside the known resource.

JA: The Blue Sky zone is a newly discovered area that hosts a chalcopyrite porphyry system that is rich for the type of rock it is found in. It sits outside the large 80 million-tonne resource that we had already identified. As such, we are looking at this differently from a geological perspective.

We think that the Blue Sky zone is the source of all other significant resources that we have on the property. We will be announcing further results this year based on the IP work that we’re doing. We think that we will have significant targets to follow up on at Blue Sky.

INN: What is next for the Freegold Mountain project? How does that fit into the company’s long-term plans?

JA: Following the success at the Blue Sky zone, which had one of the richest holes ever drilled in the Yukon down to 600 meters, we engaged in a deep IP survey that penetrates the ground to approximately 1.2 kilometers in depth. We are waiting for the results from this survey to indicate what we will be focusing on next year.

We are funded for an initial program but, based on our current understanding, this survey may lead to a much larger program than we’ve ever undertaken as a company.

INN: Please tell us about the company’s share structure and the role that strategic investors are playing.

JA: We are blessed with great shareholders. We have a low issued capital of around 74 million shares. However, Goldcorp is our largest investor, holding just under 20 percent of shares. We also have Zijin Mining, from China, who own 10 percent of shares and Palisade Capital, which holds 18 percent. Around half the company sits with these three shareholders. We also have long-term supporters that started with us in the last cycle and still maintain a significant position in the company.

INN: Is there anything else you would like to add?

JA: The real compelling thing about us is the risk-reward opportunity. We are in a geopolitically safe area. We also have established infrastructure on the property and that has really allowed us to do very cost-effective exploration. For developers that might be interested in our project moving forward, this is quite valuable. That infrastructure is worth much more than our current market cap, and we are also benefited from both geological and geographical perspectives.