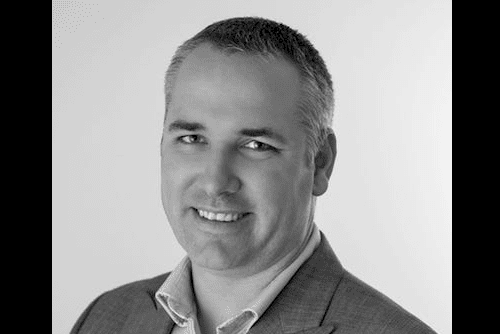 Silver Viper CEO Steve Cope shares insight on the work his company has conducted at the La Virginia project, as well as the potential behind a recent gold-silver discovery on the property.

In the interview below, Cope discussed the exploration work being done on the property, as well as the company’s relationship with Pan American Silver (TSX:PAAS,NASDAQ:PAAS). Silver Viper recently acquired three concessions from Pan American that now form part of the La Virginia project.

Below is a transcript of our interview with Silver Viper CEO Steve Cope. It has been edited for clarity and brevity.

Silver Viper CEO Steve Cope: Silver Viper operates in Sonora, Mexico. There we have the La Virginia Project, which we just finished acquiring a couple of months ago. The company has been around since September 2017 when we did our IPO at 25 cents.

INN: You’re part of the Belcarra Group. For those unfamiliar with this group, what is the type of expertise it brings to this project?

SC: The Belcarra Group has four public companies under its management, Silver Viper being the newest. We have four senior geologists, each of which are taking the lead on one of the companies in the group. These guys have worked for all the major miners including Goldcorp (TSX:G,NYSE:GG) and Teck Resources (TSX:TECK.A,TSX:TECK.B,NYSE:TECK); they’ve worked all over the world. We joke sometimes that they must be 200 to 300 years old because they seem to have experience all over the world.

INN: Please tell us about the group’s relationship with Pan American Silver.

SC: Our geologists haven’t worked for Pan American, but we’ve done deals with them in the past. They were a joint-venture partner at Orko Silver, and now we’ve just optioned the perimeter claims from Pan American at La Virginia.

INN: What does the relationship with Pan American bring to the project?

SC: We had a familiarity with Pan American before we started discussing a partnership. We’ve done business in the past, we’re currently doing business with them and Orex Minerals (TSXV:REX), which is also under Belcarra, is as well. We were able to get the project for a deal that I don’t think a lot of other people would have been able to do.

We gave them a flat two percent NSR project-wide. Our initial dealing with the property was a bit complex, because the internal Mexican group that we optioned the project didn’t have access to the historical data. In this case, Pan American had had the project in the past and still held all of the drill core and all of the data. As such, it was vitally important to bring Pan American on in order to access that data, do our due diligence and ultimately do a deal with them and the internal stakeholders.

INN: What would it mean if you got the results you’re looking for at the project?

SC: Pan American has made it very clear to us that they’re not giving up on this project. They have the NSR and, when we make a discovery, they’ll still be very interested in doing a deal or buying it back from us, if we get to that point.

Pan American originally got the project from Minefinders, which had done the bulk of the work on the project. Pan American bought Minefinders for $1.5 billion in 2012, and this was their primary exploration asset. At the time, however, Pan American saw it as a non-core asset as metal prices continued to move down in 2013 and all of the company’s exploration efforts were focused on their existing mines.

This approach is why we’ve partnered with them in the past, through both Orko Silver and Orex Minerals, and they have seen that our group has significant exploration expertise.

INN: What stage are you at with the project now?

SC: We originally listed with the Clemente Project, which we have since returned. We established our deal with Pan American and finally came out with a definitive agreement a few months ago. We have conducted the first drill program at La Virginia and made a brand new discovery.

The discovery was in the El Rubi zone, which had previously not been sampled or mapped because it’s a difficult region to access; but our team was relentless. They went in and managed to map and sample the project, and identified targets. We drilled five holes into one of the identified targets, all of which hit a brand new zone, as well as a parallel zone deeper down. Our feature hit was 13 meters of six grams. That’s a great discovery on a brand new target, and it’s got the size potential. We’ve identified that it has the potential to run 2.2 kilometers to the north and an additional kilometer to the south.

INN: What are the next steps?

SC: At this point, we are continuing to map and sample the area vigorously. There’s potential for additional structures parallel to the one we have identified, as well as sampling that potential strike. There’s a target on the other side of that valley that lines up very nicely with El Rubi that we’ve called Macho Libre, and we’ve already seen some very promising initial surface sampling from there.

I anticipate that we will have a drill turning again within the next month. We will be going back to El Rubi to start defining the strike length further. Our five holes established 100 meters of strike length, but there is strike potential of 2.2 kilometers to the north and one kilometer to the south. That’s a lot of area that we potentially have to define, and the plan would be to systemically step out 50 meters at a time, especially in the northern portion. As it’s sitting on a plateau, you don’t get to follow the structure well on surface. At the end of that plateau, as it comes off of a cliff, you can still see the structure there.

Moving forward, we will be drilling again and continuing to show the potential of that particular target, as well as some of the other exploration targets that exist around the project.

INN: When do you anticipate that you’ll have a really good sense of what the project’s potential is?

SC: For that target, specifically, we expect to have comprehensive insight by the end of this year. There would probably be infilling and other drilling required after that to define it and make it ready for a resource estimate. There are also a lot of other untested targets, however. Our main focus is to continue showing the project’s potential, conduct our drilling and project development, and at that point look to bring a major in as a partner or sell the project.

INN: Please tell us about working in Mexico as a mining jurisdiction.

SC: We work in Sonora state, which is well-known for mining. From a security standpoint, it’s a lot safer than other states in Mexico. There’s no royalty in Sonora at a state level. It’s friendly, it has a cheap workforce, and you can operate there more cost-efficiently than in other parts of the world.

As a group, you can see it across all four of our companies, we’re very cautious with our jurisdictional choices as we don’t want that risk for investors. We’re located in Sweden, British Columbia and in two very friendly states in Mexico.

INN: What is it that you’re drilling for?

SC: Our result was for gold equivalent, which is split and has both gold and significant silver credits. I’m happy to have a project with which we can play both sides of the precious metal spectrum. Our main project has always been precious metals, but sometimes a project is predominantly silver with very little or no gold, like we have in Dolly Varden in BC. Here, it’s split evenly between the gold and silver credits and it opens up the market to double the majors.

INN: You look pretty optimistic for 2019.

SC: We’re very happy and enthusiastic about this discovery and the impact it has on this project. As a new company, it’s a great start. Pan American and Minefinders both explored this project, and they did very good work in the area that they defined. For us to come in and use our expertise to identify some of these new targets and then have success at them, is very exciting.