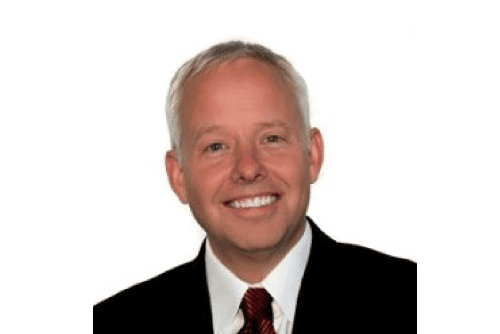 In the interview below, Hanson discusses Mexico’s oil and gas reforms and the opportunities to find intact oil reserves with new technologies and engineering techniques. Hanson also addresses his company’s preparations for the upcoming bidding rounds being held in September.

Below is a transcript of our interview with International Frontier Resources CEO Steve Hanson. It has been edited for clarity and brevity.

Investing News Network: Please tell our investor audience about International Frontier and the role of its joint venture with Grupo IDESA, Tonalli Energia, in Mexico’s oil and gas industry.

IFR President and CEO Steve Hanson: IFR is a TSXV-listed oil and gas company based in Calgary, Alberta. However, we are focused on a unique opportunity in Mexico. Over the last four years, Mexico has gone through an unprecedented reform. For close to 80 years, Pemex, a state oil company, ran the oil and gas sector. However, the Mexican government is now allowing foreign and local companies to participate in the oil and gas industry.

IFR was one of the first Canadian companies to head down to Mexico. We realized that the energy reform was transparent and had a good investment framework in place that attracted companies to enter the bidding rounds. We also discovered that the onshore assets were fantastic. They were comparable to Alberta or Texas in the 1970s, with mature fields and historical drilling dating back to the 1920s and 1930s. Most importantly, in many cases, vast amounts of oil and gas are still in place.

With this opportunity, we felt that it was important to partner with someone that was familiar with building successful businesses in Mexico. This led to our partnership with Mexican petrochemical leader Grupo IDESA in August 2015. Together, we entered into the first onshore big round auction and were awarded the Tecolutla field.

Today, with our Mexican partner, we’re an operator in Mexico. We have gone through the regulatory process and were one of the first companies to receive an onshore drilling license in Mexico as an independent producer. We’ve had success in working over one of the older wells on the field and we’ve recently drilled our first well, which is undergoing completion and production testing as we speak.

INN: Please tell us about the Tecolutla project. What work has Tonalli been conducting on it?

SH: The Tecolutla is a mature field that was drilled between 1956 and 1972 by Pemex. Those wells came onstream at up to almost 500 barrels a day. Since then, there has been no new recovery and engineering techniques or horizontal drilling conducted at this field. There is an opportunity for companies like IFR and Grupo IDESA to use new technologies and techniques to find and produce oil and increase the field’s reserves.

This field contains light to medium crude, with a formation that has good porosity and permeability and a pressure that resembles the pressure found in the 1970s. We expect the field to produce at a low operating cost. Recently, we conducted a minor work over on one of the older wells and it came back onstream averaging about 125 barrels a day, which exceeded our expectations. We’ve recently completed our first new oil well, the TEC-10 well, and are beginning to production test this week.

INN: What is the significance of the recent announcement regarding the perforation permit for the TEC-10 well on the project?

SH: Part of our completion process is to understand the zones that are capable of producing hydrocarbons. We’ve done further analysis over the last couple of weeks, but a minor permit was required from one of our contractors before we could perforate these zones. It took a little longer than we thought, but we now have that permit and can proceed with completion operations. We’ll begin perforating these zones, which will allow hydrocarbons and fluid to flow in order to see if the production rate will be comparable to the other wells. Within a few weeks we will be presenting our results.

INN: What are International Frontier’s plans regarding participation in the ongoing and future rounds of bidding in Mexico’s historic energy reform?

SH: As part of the energy reform, the Mexican department of hydrocarbons has rolling auctions every year, which is a massive undertaking and is probably the largest energy auction to take place in the world. These auctions include deep-water, shallow-water and conventional and unconventional onshore opportunities being offered every year. In 2018, the largest conventional onshore auction to date will take place on September 27.

We are one of the registered bidders and have been going through the prequalification process. We’ve met requirements in the past and we expect to meet this upcoming auction’s requirements as well. We’ve been analyzing the 37 blocks in the data room for this conventional round over the last 10 weeks, and believe there are some very good opportunities that cater to our strengths. There will also be an unconventional round, which will take place on the same day, and we’re analyzing those blocks as well. We are looking forward to building the land base we currently have at Tecolutla by adding assets and growing our business in Mexico over time.

Pemex is also offering a series of fields grouped in clusters for farmout opportunities, which is going to take place in October. We also have been continuing to talk to other companies that have existing blocks, which could create joint venture opportunities. This is an interesting year; we believe that we can grow our business with our joint venture partner and continue to be a leader in Mexico.