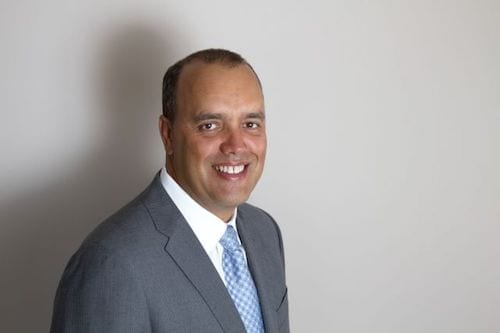 According to Goldplay CEO Marcio Fonseca, the company has been able to expand the indicated resource at their San Marcial project by 57 percent to 36 million ounces of silver equivalent. Goldplay has accomplished this without having to do any drilling, saving both time and money as the company continues to explore the property. The relative speed of drill sampling enabled the company to produce its maiden resource on the San Marcial project in only eight months.

In the interview below, Fonseca shared his future plans for the project, which is located in the highly-prospective Rosario mining district in Mexico. Goldplay’s CEO is optimistic that the company’s San Marcial project could be compatible with an open-pit operation, which would allow for a low-cost operation when compared to similar underground silver mines. According to Fonseca, the region’s historical production and existing infrastructure are both significant advantages for the San Marcial project. The Rosario mining district also hosts current operators like First Majestic Silver (TSX:FR,NYSE:AG) and Fresnillo (LSE:FRES).

Below is a transcript of our interview with Goldplay CEO Marcio Fonseca. It has been edited for clarity and brevity.

Investing News Network: What is Goldplay’s history and what are your objectives with the company?

Goldplay CEO Marcio Fonseca: Goldplay is a young company that went public on the TSXV 11 months ago. Our business is to acquire low-cost gold and silver assets in Mexico’s Rosario mining district in the state of Sinaloa. We have 250 square kilometers of concessions that are wholly owned.

INN: Is this land that you own?

MF: Yes. These were acquisitions that we did before the company went public. Before Goldplay, I was heavily involved in mining finance in Mexico. As part of a group of investors, we identified and acquired 250 square kilometers that were very attractive at the right time in the market.

We went public in March 2018, and have a tight capital structure with 41 million shares outstanding and 50 million shares diluted. At an early stage of going public, we got the attention of large companies that are now our shareholders: Sandstorm Gold (TSX:SSL) and SSR Mining (TSX:SSRM). Both companies have C$1 billion market caps and they participated in initial financing and transactions.

We also have a mine engineering company as a shareholder, JDS Energy & Mining, which is based in Vancouver and active across the world evaluating, building and operating mines. For their last transaction on the market, that group had a super asset in Northern British Columbia that they originally acquired for US$15 million. Three years later, they sold it for $250 million.

INN: What was it about this property and your company that prompted their interest?

MF: I’m happy to say that it comes down to our track record. I, and others involved in Goldplay, have a strong reputation for exploring, discovering and developing projects and achieving successful exit strategies for investors with premium. The last transaction I was directly involved with was for SilverCrest Mines, which I supported as a banker. Asides from my background as a geological engineer, I also spent 10 years as an investment banker.

I was invited by SilverCrest to help them organize their company and work together with the founders. We sold the company and the Santa Elena mine to First Majestic in 2015 for $150 million.

INN: Please tell us about the findings you announced recently.

MF: To give some background, San Marcial is a silver asset. Our company is focused on gold and silver, despite being called Goldplay, but the Rosario district has a 250-year history of gold and silver production. There are multi-million-ounce mines in the region, with companies like Fresnillo and First Majestic operating there.

We acquired the property 10 months ago, and the timing was right because the price for silver was at the bottom of the market, at $14 per ounce. Today, it’s $15.60 and going up. We got an attractive deal and have a lot of existing data in 52 drill holes.

We bought the property in a three-year option from SSR Mining, which is our shareholder. The property was in the market in 2010 for a purchase price of US$15 million. Our purchase price was C$2.5 million. This is the way we approach business. We approach high-quality assets, by assets I mean mining projects that can be enhanced in value, at the right time.

They had 52 holes drilled on the property, and we realized that 22 of those holes had not been fully sampled. We saved a lot of money not drilling. Instead of spending $150 per meter to drill, we only spent $22 per sample sent to the lab. In record time — eight months — we were able to release a maiden resource which substantially increased the size of the project and it showed how attractive it is for a high-grade open pit.

INN: And this was without having to drill?

MF: Yes. This is only an asset, but there is opportunity for an open-pit silver mine, which is rare. Most of them are underground and high cost. This one has a continuous ore body in the initial 500 meters, with grades of 200 g/t to 400 g/t silver, 10 to 20 meters of which make it very attractive.

This is a substantial increase and shows how robust the project is, which is why we were so aggressive to include it in our 250-square-kilometer portfolio. It is next to other operators, like First Majestic, and it’s part of the business to become a key player in the Rosario mining district.

INN: You’ve mentioned this is a very rich mining district. How does that help you ensure you have the infrastructure to move the resource to market?

MF: My career with the bank was all about due diligence. For a mining project, one of the key points that might present risk comes down to logistics and infrastructure, because it is directly tied to capital intensity and money needed to get a mine up and running. This district has roads, power lines, small cities nearby and other companies operating in the area. We are also close to Mazatlan, which is a major tourist and commercial hub, and has a massive port.

This was one of the key considerations when I was looking for properties to create a portfolio and grow the company. You’ve got to be close to an area that has a history and is mining-friendly. For Mexico, where many people have asked me about safety, we’ve found a place where we can operate year-round.

INN: What have you done to mitigate risk from a political and legal perspective?

Mining has been core for business in Mexico and there are a lot of majors there. I believe there will be some increase in costs, and changes in regulations and permits, but Mexico will never stop being a mining country as they are the largest silver producer in the world. I think there will be some volatility, but having attractive projects with high margins can mitigate that risk.

INN: Where do we go from here?

MF: We are an open-minded company with a goal of adding value for our shareholders. The expansion of the resource, which shows the potential for a high-grade open-pit operation, only covers the first 500 meters. We still have 3.5 kilometers in the concession to explore.

Three weeks ago we released that we have identified five new targets. We have five geologists working those targets, which we expect to drill in 2019 so that in 12 to 24 months, we can present a new resource estimate.

Parallel to this, we are conducting engineering studies to show how the project sits in relation to metallurgy. I have mine engineers also doing pit designs to look at how we can work those initial 500 meters. It’s a high-quality project and, with the right premium, we might consider a transaction.

Update: as of July 2019 Goldplay has completed channel sampling at both the Nava target and Guacamayo target. Sampling at Nava returned a wide gold intersection of 24 m at 2.1 g/t gold, including 5m at 4.0 g/t gold. Sampling at Guacamayo returned 12 m at 323 g/t gold, showing potential to extend the San Marcial resource to the southeast.

INN: These are always questions people are thinking about.

MF: I’ve been on the investor side when I was a banker, and it’s natural to have those questions. It’s important for shareholders to understand that management has a lot of skin in the game. We control 22 percent of the company for direct investment.

INN: Means you’re in it for the long run.

INN: Is there anything else you would like to add?

MF: I’m extremely excited because it is such an attractive story. We are in a district with a lot of history. In my opinion, the best place to find a big mine is next to another big mine. Infrastructure is key, and we have it in place. We have a tight capital structure, we have enough money in the bank for fund expenses for 2019 and have deep-pocketed shareholders that can assist us when we need it.

This article was originally published by the Investing News Network in February 2019.

The information contained here is for information purposes only and is not to be construed as an offer or solicitation for the sale or purchase of securities. Readers should conduct their own research for all information publicly available concerning the company. Prior to making any investment decision, it is recommended that readers consult directly with Goldplay Exploration and seek advice from a qualified investment advisor.