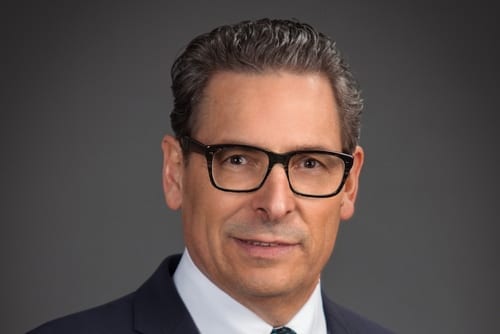 Energy Fuels CEO Mark Chalmers provides insight into the growing roles of vanadium and uranium and how the company will supply this demand.

Energy Fuels‘ (TSX:EFR,NYSEMKT:UUUU) Mark Chalmers feels optimistic about the future prospects for both the uranium and vanadium markets. As the largest uranium producer in the US and the only primary producer of vanadium in the country, Energy Fuels is positioned to capitalize on the strategic interest of the US on these two critical materials.

In the interview below, Chalmers describes the landscape for both the uranium and vanadium markets, particularly with regards to their role in the green economy. He also addresses what it means to be a US-based producer in a time where the country is focused on developing domestic production of critical materials.

Below is a transcript of our interview with Energy Fuels CEO Mark Chalmers. It has been edited for clarity and brevity.

Investing News Network: How is it that your company is positioned for growth in the green economy? What makes your properties key to supplying increasing demand in that sector?

Energy Fuels CEO Mark Chalmers: I think that the fact that we are producers of both uranium and vanadium really is a differentiator for the company. We’re the largest producer of uranium in the US, and the only primary producer of vanadium. That is a unique combination because you have baseload energy with uranium and vanadium is getting increasing attention for renewable energy storage, as well as its common use as a steel strengthener. I’m proud of how we are positioned in this space.

INN: Let’s talk about the growing demand for uranium. If we’re going to be moving to greener sources of power generation, we’re going to need uranium.

MC: Correct. I think that there’s a growing realization that you cannot get there with renewables alone. Nuclear power use is growing particularly in Asia, India and is pretty stable in the other parts of the world. You’re not going to get there without a clean baseload energy like nuclear.

INN: There’s a sense that nobody is building nuclear power generation plants any longer. That’s not true, is it?

MC: No it’s not true. Most of the growth is in China, India, and of course, there are a number of reactors that are being constructed today. There’s a few in the US and in Europe, but the growth is definitely in these developing countries.

INN: For anybody who’s concerned about CO2 production, the greatest sources of CO2 in the world are coming out of both China and India with the burning of coal to produce electricity, correct?

MC: Yes. Fossil fuels generate a lot of greenhouse gas emissions and nuclear doesn’t. So, if you’re really serious about climate change, you have to be in support of nuclear energy.

INN: A lot of people aren’t familiar with vanadium. How do you describe it?

MC: Vanadium is a funky metal that can be very volatile. Historically, it’s been used for steel hardening going back decades. A couple of pounds of vanadium will double the strength of steel. It’s also a unique metal in the fact that it has these multi-valences that makes it particularly attractive for energy battery storage. Probably 85 percent to 90 percent of the vanadium uses today are for steel hardening. However, this past year, there was more vanadium used for batteries than in the last 20 years.

The vanadium redox flow battery has very good characteristics. It charges faster and has more life cycles than lithium-ion batteries. So, it’s getting some really solid attention.

INN: When we take a look at the need for battery improvement, vanadium is going to play an important role in advancing that and we’re already starting to see that.

MC: Yes. There is a number of companies that have started up and are commercially producing vanadium batteries. It’s not a portable battery. It uses a larger footprint for solar rays, wind rays and others. It’s gaining popularity very quickly.

INN: And this continues to make what your company is generating that much more attractive.

MC: Indeed. Our company has the largest portfolio of uranium assets, both in-situ and conventional, in the US. We also have the only vanadium processing plant in all of North America, which has been producing since Q4 2018. We’re proud of how unique our assets are and how we are ideally placed for strong recovery as prices of uranium improve and as the vanadium market continues to evolve.

INN: It’s important to note that you are a US-based company, is that correct?

MC: Correct. I’ve spent half of my career working out of Australia, Southern Africa, and Kazakhstan, but we are solely US-focused at this point in time. When the time is right, we will look at other opportunities outside the US.

INN: At the moment, does being based in the US give you a particular competitive advantage?

MC: The United States is the largest consumer of uranium in the world. It consumes about a third of the world’s uranium, and we have direct access to that. Uranium and vanadium are both on the critical minerals list, and we have exposure to that too.

Together with Ur-Energy (TSX:URE,NYSEMARKETS:URG) we have filed a Section 232 petition, going back to a National Defense issue with low production rates of uranium in the US. Despite the high levels of consumption, the US is only currently producing about 1 percent of the country’s requirements. That’s a shocking shortfall for the largest uranium consumer in the world. We think our petition is on very solid ground and we believe we’ll get relief of some form.

MC: Section 232 is a law that is part of the Trade Act from approximately 1961, and it’s only been used a few times. It is actually the same law that applies to steel and aluminum. We think that the uranium one we submitted is the best of the 232s, more so than the other petitions that have been filed. So, we’re very encouraged by it.

As a company, we believe that we are looking at a national security issue both for power generation and for our navy, which has approximately 100 ships and submarines that are nuclear powered. If you combine that with the 99 reactors in the country, you can see uranium is a very important element for the US.

We’ve asked for a quota instead of a tariff. A 25 percent quota of US electricity generation requirements, which is about 12 million pounds per year. This year, the US will probably produce less than a million pounds, so that is pretty big shortfall. We also have a long history with our allies, Canada and Australia, which will certainly continue, but we need more production in-country to reduce imports from countries like Russia, Kazakhstan and Uzbekistan.

INN: When you take this combination of your petition with Bill 232 and the fact that you are a US-based producer, it puts you in a pretty nice market position.

MC: Well, it gives us a lot of optionality. Those that are producing outside of the US, would love to have our optionality in both uranium and vanadium. We are blessed with a very unique position. I came back from working half of my career in Australia for this opportunity with Energy Fuels because I want the company to be the emerging darling as a uranium and vanadium producer in the country.