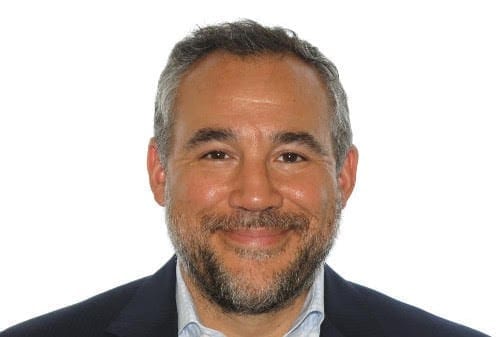 Aura Health owns an 80 percent interest in Germany cannabis company Pharmadrug. The company is an importer, distributor, and exporter of cannabis for medical purposes. A large portion of the cannabis in Germany at the moment is sourced in the Netherlands. According to Cohen, this presents an opportunity for Aura Health to provide new strains and products through Pharmadrug.

Below is a transcript of our interview with Aura Health CEO Daniel Cohen. It has been edited for clarity and brevity.

INN: Please provide our investor audience with an overview of Aura Health.

DC: Aura Health is a medical cannabis company that is focused on European markets. We’re focused right now on distribution. We own 80 percent of a company in Germany called Pharmadrug. Pharmadrug is an importer, distributor, and exporter in Germany. We bought the company in May and we started receiving shipments of medical cannabis in February. We started ramping up the number of pharmacies that we deal with. You know in February we dealt with zero pharmacies, today we’re dealing with 70 pharmacies and every week the number of pharmacies that we deal with grows.

Right now, we are ramping up on the distribution of cannabis from Holland. The majority of the cannabis that is in Germany right now comes from Holland. Almost 90 percent of it. We get our fair share of it and we are distributing it. The way in which to really grow this business, and to grow with the German market, which is still in its infancy, will be to bring in product beyond the product from the Netherlands. That’s the way we will grow, we will create our own brands. Late last week we announced a large supply agreement with a company that is almost finished building a state of the art indoor facility in Israel. Israel passed its export law in January. It’s still putting the framework together. As that framework is put out over the next few months and the exports begin we will be able to help that company get set up to be able to export to Germany. That product will come in under our own brand. We’re also in advanced discussions with several Canadian licensed producers who have built their facilities to the standards that the German regulator is looking for. Once we sign onto those agreements, we will be able to start looking towards bringing the product from Canada into Germany as well.

INN: How has the company positioned Pharmadrug for success in Europe?

DC: We are currently receiving and distributing Bedrocan products. The Bedrocan product is the product that we buy from the Netherlands. The way in which we are positioning Pharmadrug is to be able to create our own brands, to be able to ramp up supply into Germany and then after that, to start exporting out of Germany into other European countries. The Israeli supply agreement that we announced last week is the first example of that product being created and being introduced to the German market. Once we sign another of these Canadian deals, we will be able to start working on that front as well. So we are going to be positioning Pharmadrug as a brand of medical cannabis and a supplier of medical cannabis to the German markets and to other European nations.

INN: Why is the My Green Fields supply agreement a significant milestone for the company?

DC: The supplier agreement we signed is a very big milestone for Pharmadrug because it basically shows that we will be a contributor to the expansion of the German markets. Right now, the German market is still in its infancy. It’s in its infancy because it’s still young. It was only legalized from the medical perspective in 2017. So we’re only in a second or third year but however, as I said before, the majority of the product in Germany right now comes from Holland from the Bedrocan product.

The way in which we are going to be able to really differentiate Pharmadrug and make it a real player in the German market will be to bring supply from outside of the Netherlands into Germany. The deal that we did with My Green Fields shows that we’re going to be able to do that. In the first year we will be bringing 500 kilograms into Germany and then every year after that for a five year agreement we will be able to bring in up to two tonnes. That is going to be a significant amount of supply into a market that is in chronic shortage right now.

INN: Are there any upcoming trends in the European cannabis market that investors should be aware of?

DC: There are several trends happening in the German market right now. Obviously new supply is going to be entering into Germany at a larger pace in 2020. The majority of the product now is still almost all flower. The developments will be able to start to bring in oils and extracts and other types of products in the THC cannabis space and we look forward to being able to contribute to that as well. Another trend is other countries are moving towards legalization as well from a medical perspective. We saw that in France in June, the Senate passed a bill basically calling for the creation of a program for medical cannabis. Poland already has a medical cannabis framework. So we’ve seen that more and more countries are moving towards creating a medical cannabis jurisdiction. So we’re seeing the expansion of that market throughout all of Europe.

INN: What’s next for Aura Health, and how does that fit into the company’s long-term goals?

DC: So there are several things that are going to be happening to Aura over the next year, year and a half. Firstly, we’re going to be able to expand on our volumes and our revenue in Germany by ramping up the Bedrocan product, which we’re in the midst to deal right now, and taking it to the next level by adding Canadian product and Israeli product that we’ve already discussed. The other thing is, we are actually quite active in Israel. In Israel, we are about to start the development of a retail chain for medical cannabis. We have actually opened the first clinic in Israel for medical cannabis. At some point early in 2020, we’re going to open our first flagship medical cannabis pharmacy. We’re going to be able to become a major player in a market that I think is about to explode. Israel had a very limited medical cannabis framework. It took eight years to go from 0 to 30,000 patients. In April, they greatly liberalized the platform and since April you’ve gone from 30,000 patients to 52,000 patients. I think in a blink of an eye we’re going to have 200,000 to 300,000 patients in Israel and by creating a retail distribution model in Israel I think we’ll be able to profit in that. That’s a big development coming for us in 2020.

The information contained here is for information purposes only and is not to be construed as an offer or solicitation for the sale or purchase of securities. Readers should conduct their own research for all information publicly available concerning the company. Prior to making any investment decision, it is recommended that readers consult directly with Aura Health and seek advice from a qualified investment advisor.