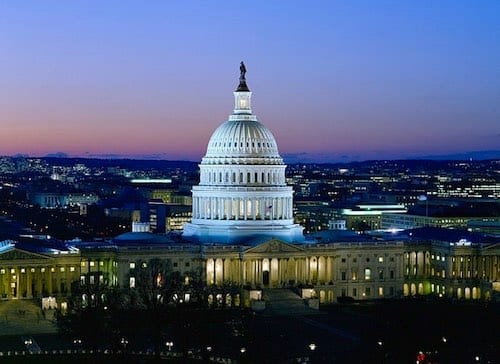 The United States could have a renewed focus on mineral resources security if bipartisan legislation introduced by Senator Lisa Murkowski, who is the chair of the US Senate Committee on Energy and Natural Resources, is passed by Congress.

The American Mineral Security Act is designed to reduce US reliance on foreign sources of lithium, cobalt, graphite and nickel — minerals that are vital in the production of lithium-ion batteries — by securing and developing the US’ own resources and supplies.

“Senator Murkowski has taken a true leading role in US supply chain security for the critical minerals that are the foundation of the 21st century automotive and energy industries,” said Managing Director of Benchmark Mineral Intelligence Simon Moores.

Benchmark can claim some credit for what Moores calls “a global battery arms race that is intensifying,” with Moores having appeared before the committee twice to bang the drum of critical minerals security.

Murkowski announced the new legislation at the Benchmark Minerals Summit in Washington this week.

He painted a damning picture of how far China has been racing ahead while the US sits relatively idle.

“Right now, the US produces 1 percent of global lithium supply and only 7 percent of refined lithium chemical supply, while China produces 51 percent. For cobalt, the US has zero mining capacity and zero chemicals capacity, whilst China controls 80 percent of this second stage,” said Moores, who added that the numbers are just as bad for graphite and nickel.

“These supply chains are the oil pipelines of tomorrow. The lithium ion battery is to the 21st century what the oil barrel was to the 20th century.”

Murkowski pushed the national security side, saying that, while the significance of foreign oil is well and truly on the radar, mineral dependence is a major issue that is going unnoticed.

“Last year, we imported at least 50 percent of 48 minerals, including 100 percent of 18 of them. That should worry everyone, particularly because it is happening at the same time that demand, for everything from graphite and lithium to cobalt and nickel, is about to skyrocket,” she said.

“Unless we take significant steps, we’re at risk of ceding major economic drivers to other countries.”

The act includes a raft of measures designed to ensure the US can develop its supply chains from mine to final product, starting with the adoption of a national list of “critical metals” that would receive additional government attention and “nationwide resource assessments for every critical mineral.”

Many of the provisions involve fact finding, ranging from authorizing research and development for recycling and replacement of critical minerals, coordination and study of energy needs for remote mining deposits and studies into the nation’s minerals workforce.

5 responses to “US Senators Seek to Lock Down Mineral Security”