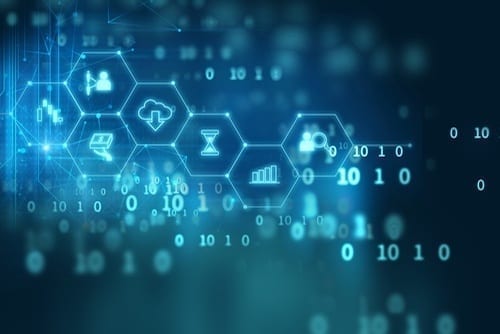 The Investing News Network spoke with Jeff Koyen about the real-world challenges that face blockchain, and how some are not unsurpassable roadblocks, but rather hurdles that can be overcome.

Scaling challenges are a part of the natural growing pains of any emerging industry or technology, and blockchain is certainly not immune. Some potential issues in scaling blockchain have led naysayers to discount the technology’s role in a future world economy.

But as Jeff Koyen, CEO of 360 Blockchain‘s (CSE:CODE,FWB:C5B,OTCMKTS:BKLLF) US subsidiary, says, “when the first commercial flights started, there was a real fear that we’d see planes crashing into each other and falling from the sky.”

We spoke with Jeff Koyen about the real-world challenges that face blockchain, and how some are not unsurpassable roadblocks, but rather hurdles that can be overcome. Below is a transcript of our interview with 360 Blockchain Advisor Jeff Koyen. It has been edited for clarity and brevity.

360 Blockchain Inc (CSE:CODE; FWB:C5B; OTCPINK:BKLLF) invests exclusively in blockchain technologies, as they believe blockchain technology will radically transform how business is conducted throughout the world. The company is based in Vancouver, BC, but has also recently expanded into the US market with its wholly-owned subsidiary in the Silicon Valley, 360 Blockchain USA.Send me an Investor Kit

Investing News Network: How do you evaluate blockchain’s scalability issues, like energy consumption and the cost of powering computers on a mass scale?

360 Blockchain USA CEO Jeff Koyen: We’re seeing a huge amount of redundancy in the blockchain system that’s causing concern among the issues of energy consumption and cost. Redundancy is inherent to the system, since computers compete against each other to confirm a transaction. While competition is a good thing, it also eats electricity.

Critics are talking about these issues while imagining a near future in which blockchain is part of our daily lives and used by every industry, but I don’t believe that will be the case. When we evaluate scalability, we need to remember that blockchain won’t be used by every industry, and not as quickly or as widespread as it’s currently advertised.

By the time blockchain is stitched into the fabric of our daily lives, these issues will have been solved.

INN: You don’t think blockchain has a place in every industry?

JK: Not currently, no. Right now, we’re at a fundamental moment in the world where blockchain isn’t right for every industry. When the world went online in the 1990s, it took some time to realize your local plumber or locksmith didn’t need an elaborate website.

Blockchain is similar in that not everything or everyone needs the technology yet. Like any industry, the faster and larger it grows, the more innovation is needed for the industry to take shape on a mass scale and become part of people’s daily lives.

INN: What industries have no need for blockchain?

JK: I don’t think we need ride-sharing services like Uber on the blockchain, for example, at least not yet. I don’t see the use case for it. I like the idea of giving the power to the drivers and removing Uber’s control, but we should be careful not to confuse the decentralizing aspects of blockchain with putting everything on an actual blockchain. They don’t have to be hand in hand.

If you want to remove a central player from decision making, if you want to decentralize Uber’s workflow, that can be done a number of other ways; it doesn’t necessarily need to run on its own blockchain. And for many industries blockchain will prove to be too large of a shift, both in cost and philosophy.

INN: How do you think scalability issues can be solved?

JK: Scalability will be solved quickly and soon, as it’s necessary for the technology to grow and evolve. We’re already seeing minor improvements being made, but we’ll also see evolutionary jumps.

Consider bitcoin itself, for example, which uses proof of work to reward the miners who confirm transactions on the network. Subsequent blockchains gave us proof of stake, which is more efficient.

INN: Specifically, how will the issue of energy consumption be solved?

JK: There are a few approaches. First, building blockchains on proof of stake (POS) rather than proof of work reduces energy consumption because the nodes are competing head to head. There are pros and cons to this, and bitcoin itself can never be moved to POS. Then there’s the equipment. The newest chips for cryptocurrency mining are “application-specific integrated circuits,” or ASIC. They’re built specifically for mining, which makes them more energy efficient. We’re also seeing great interest in mining operations that use renewable energy sources, like hydro or solar. For investors, I recommend keeping an eye on this space.

But there’s another even simpler solution. Right now, when blockchain is still relatively inefficient, let’s apply the tech only to those industries that have compelling reasons to use it. By this I mean, let’s not waste blockchain tech on industries that won’t benefit compared to the current system.

For the time being, that is, until we’ve solved some of the energy issues. Just about every industry is looking at blockchain and considering the possibilities, and rightly so. For some, there will be clear and perhaps unexpected benefits to be early movers. For others, it doesn’t make sense right now.

INN: What is 360 Blockchain doing to improve blockchain technology?

JK: Current blockchains are structured like a flat disc with no center, like a pizza. All the network computers surround the ring, and they work together and talk to each other across the middle. But it’s a two-dimensional structure. With Arcology, we’re adding a three-dimensional layer. Instead of a pizza, Arcology is structured more like a layered cake, with nodes self assembling into hierarchies that are self repairing and self managing to improve the system’s efficiency.

This means that, as opposed to the current blockchains that pit nodes against one another — creating inefficient redundancies — Arcology rewards the nodes that are doing the best work. Because it’s hierarchical, these best-in-class nodes will be given a certain amount of control over other nodes that, while perhaps not the most powerful, might have other assets that make their overall unit more efficient.

JK: Absolutely. It’s still a blockchain. This self organization is dynamic and always on, and runs without human intervention. There’s still no single person or entity running the show. The self-organizing and self-repairing aspects are built into the code.

INN: What would you say to someone who is concerned about the long-term impact of scalability with blockchain?

JK: I would say that right now the technology has taken off and we’re all up in the air. We’re flying the plane. And after some time, we’ll start making adjustments. Eventually we’ll be serving champagne in first class. But right now we’re just up in the air for the first time and we’ll see those evolutionary jumps take place, like artificial intelligence, self organization and hierarchal structures.

Over the next five years, we’ll see breakthroughs we can’t even imagine right now. We will solve the energy issues, the performance issues and the inclusiveness issues. Like the evolution of the internet from the 90s to now, blockchain will become the backbone of our technology, and we’ll be better for it.

This article was first published on Investing News Network in February 2018.

This INNspired article is sponsored by 360 Blockchain (CSE:CODE,FWB:C5B,OTCMKTS:BKLLF). This article was written according to INN editorial standards to educate investors.