PEMC has recovered over 300 boxes of historical drill core from the property. Drill core from diamond drill programs in 1997, 1995 and some from the early 1970's has been transported to the local community of Ft. Saint James where it is being catalogued and re-logged.

This work are the first steps in forming an integrated exploration model for the Jean Marie project that will guide future diamond drilling.

"Recovering and relogging the historical drill core is a critical first step for us this year," commented Thomas Hawkins, Vice President of Exploration for Pacific Empire. "We were very fortunate to be able to recover a significant amount of drill core from three previous drill campaigns and will use the information from re-logging to develop a detailed geologic model that will be invaluable as we define drill targets at Jean Marie."

The next phase of exploration at Jean Marie will be expanding the current historical soil sampling coverage, completing detailed geologic mapping across the property, and airborne geophysical surveys.

An airborne magnetic survey has been commissioned to cover the entirety of the property. In addition to magnetic data, radiometric and VLF data will also be collected concurrently. The survey will be flown at 100 metre line spacing.

"Our primary focus this year at Jean Marie, is target development," commented Brad Peters, President and CEO of Pacific Empire. "This is a property with incredible potential, and it is important that we use all available information and tools to develop an accurate geologic model. Once the re-logging and soil geochemical surveys are complete, we will have a robust dataset both at surface and below the surface. Over the past several months PEMC has transformed how it incorporates and organizes large amounts of data and I look forward to having a detailed 3-dimensional perspective, at which point identification and selection of drill targets will begin." 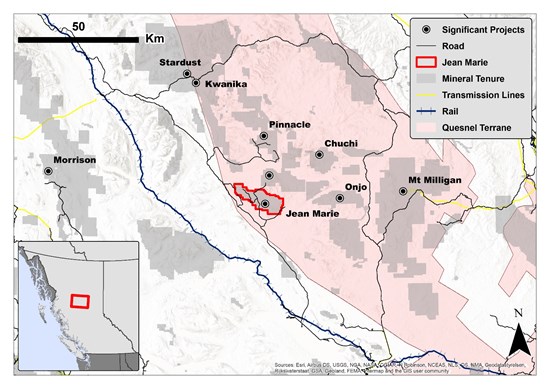 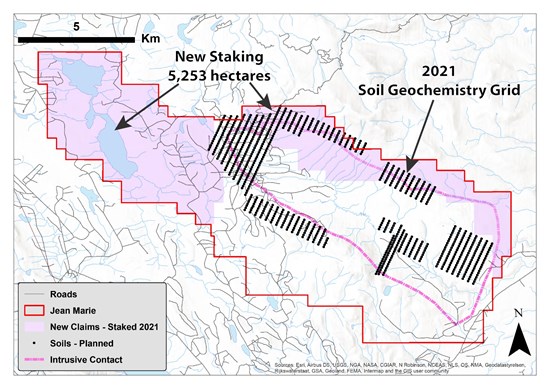 Thomas Hawkins, P.Geo., Vice President of Exploration for the Company, serves as a qualified person as defined by NI 43-101 and has reviewed the scientific and technical information in this news release, approving the disclosure herein.

Pacific Empire is a copper exploration company based in Vancouver, British Columbia and trades on the TSX Venture Exchange under the symbol PEMC. The Company's strong portfolio of gold-enriched copper projects in British Columbia, is the culmination of perseverance through one of the longest bear markets in the resource industry.

British Columbia is a "Green" copper jurisdiction with abundant hydroelectric power, access and infrastructure in close proximity to the end market.

To view the source version of this press release, please visit https://www.newsfilecorp.com/release/87906

Copper is down from its all-time high earlier this year, but its long-term outlook remains strong.

Speaking to the Investing News Network at the Rule Symposium, Byron King said investors who follow the copper market know that the red metal's supply/demand outlook creates a positive picture.

"If you follow the fundamentals of copper you know that if you forecast it out … there's not enough copper," he said, noting that many large mines focused on the base metal are in "terminal decline," with not nearly enough new discoveries and development projects in the pipeline.

As one of the largest, lowest cost, and longest duration copper/gold assets ever discovered, Oyu Tolgoi is a crown jewel. The proposed acquisition price is nowhere near the intrinsic value of Oyu Tolgoi, as it values the Company at less than 35% of capital invested to date and represents a 60% discount to Rio Tinto's own cost basis in TRQ, a position that Rio acquired over a decade ago when the net present value was far lower and the risks far greater than today. In the next few months, the underground mine will achieve sustainable first production, unlocking billions of dollars in annual free cash flow for decades into the future even before the impact of potential expansions. Tier 1 copper assets with brownfield growth options are increasingly rare and therefore increasingly valuable, particularly given how critical copper is in the race to decarbonize and expand the world's energy systems. Rio Tinto's opportunistic bid did not compensate TRQ minority shareholders adequately for any of these realities.

In addition, we appreciate that "Rio Tinto welcomes the continued investment by Turquoise Hill minority shareholders and their pro rata sharing of future risks and funding obligations." Unfortunately, most of the risks and funding obligations "shared" over the last several years have come as the result of Rio's incompetence, including the incremental equity raise which now must be addressed. However, we welcome Rio's continued participation as mine developer and operator and trust that they have addressed their internal shortcomings so that all Oyu Tolgoi stakeholders can benefit from the mine's incredible employment, business development, and free cash flow potential.

Apparently, Rio Tinto isn't interested in selling their stake in TRQ, even at a price which it claims represents "compelling value" for the seller. More importantly, this statement clearly is intended to preempt any price discovery process which might allow minority owners to be fairly compensated for their 49.2% stake in the Company. While we appreciate that Rio Tinto has certain rights, it cannot and should not preclude potentially interested parties from approaching Turquoise Hill, nor can it preclude the independent directors from considering a combination or transaction from any party which might crystalize the true value of Oyu Tolgoi. In other words, if Rio wants complete control, they can acquire it for a price. The Special Committee has determined that price is meaningfully higher than C$34 /share, and we agree with that conclusion.

Alvo Minerals Limited (ASX: ALV) (Alvo or the Company) is pleased to announce multiple new FLEM conductors around the C3 prospect increasing the prospectivity of the C3 ‘cluster’. Follow-up mapping, sampling and trenching has improved the targeting at Mafico, a new and undrilled VMS prospect to the east of C3. Diamond drilling has recommenced at C3 after extensive drilling at C1. The targets around C3 will be the focus of discovery drilling in coming weeks.

This decline began in Q2, and experts have weighed in on what happened and where copper will go from here. In the short term, some market watchers believe prices will fall further, but long-term factors look positive.

“Any sign that inflation is coming down quickly would potentially be a bullish trigger for copper and financial markets more generally,” Dan Smith of Commodity Markets Analytics said. “Russia remains a key swing factor, of course, and this is likely to remain a significant headwind for copper.”

Western Copper & Gold Corp is a Canada-based exploration-stage company. It is engaged in the acquisition, exploration, and future development of resource properties. The company is developing the Casino project into Canada's premier copper-gold mine. It holds significant gold, copper reserves in its Casino project located in the Yukon, Canada.