Pan Global Resources Inc. is pleased to report the ongoing Phase 3 drill program is continuing to intersect copper mineralization at the La Romana copper target in the Escacena Project, Iberian Pyrite Belt, southern Spain.As reported in the Press Release of September 8, 2020, the first five drill holes of the current program all returned visual copper mineralization. Of significance, the next two recently completed …

Tim Moody, President and CEO of Pan Global commented: “The intersections of massive chalcopyrite mineralization in the two new drill holes is highly encouraging as we continue to expand the La Romana target. Every hole drilled on the property to date has intercepted visual copper over wide intervals, but these massive chalcopyrite intercepts could be very significant in terms of exploration potential.”

Mr. Moody added: “Whilst we are awaiting assay results, the exploration continues to show excellent potential for a significant new copper deposit commencing near to surface and wide open in several directions. On the strength of the results of the new drilling, additional drill holes are now being planned and preparations are being made to add a second drill rig.”

Drill holes LRD14 and LRD15 are the eastern-most drill holes completed to date at La Romana. The massive chalcopyrite intersected in both holes is coincident with a large down-hole EM conductor. The intersections are approximately 50m apart and show continuity at approximately 170 to 200m vertical depth. The massive sulphide occurs near the top of a more than 60m thick pyrite, pyrite-chalcopyrite stockwork zone with bands of semi-massive sulphides. The mineralization is open up and down dip, and appears to be increasing in thickness towards the east.

The Phase 3 drilling shows copper mineralization continues from near surface in several directions and confirms a strong coincidence with geophysics targets. Numerous geophysics targets at Escacena remain to be tested. Additional down-hole EM and mise-a-la-masse surveys are planned at the recent drill holes to identify extensions to the mineralization. Assay results are awaited.

Robert Baxter (FAusIMM), a Director of Pan Global Resources and a qualified person as defined by National Instrument 43-101, has reviewed the scientific and technical information that forms the basis for this news release. Mr. Baxter is not independent of the Company. 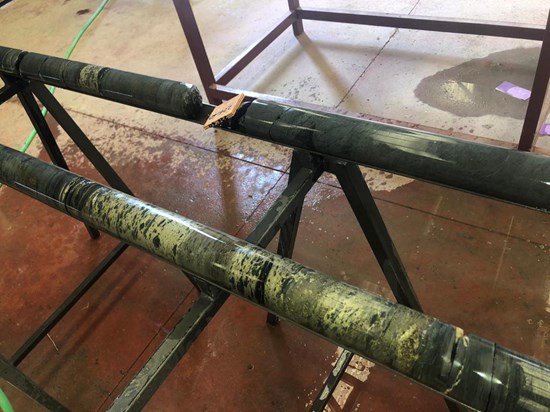 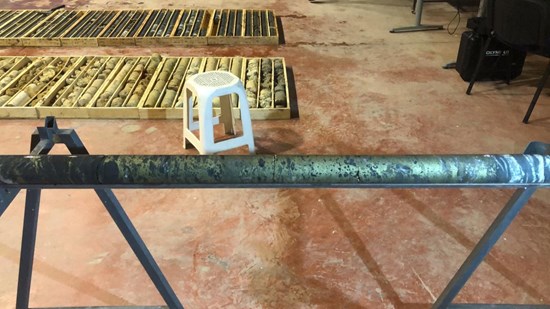 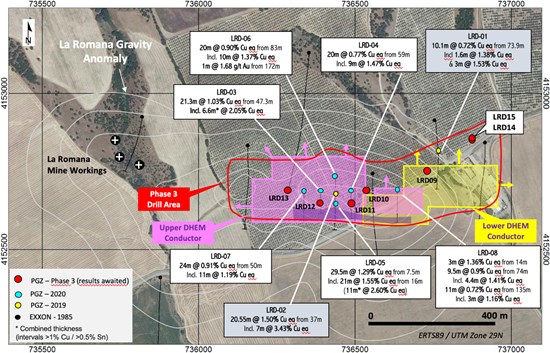 Pan Global Resources is actively engaged in base and precious metal exploration in Spain, and is pursuing opportunities from exploration through to mine development. The Company has committed to operating safely and with respect to the communities and environment where we operate.

On behalf of the Board of Directors
www.panglobalresources.com.

Statements which are not purely historical are forward-looking statements, including any statements regarding beliefs, plans, expectations or intentions regarding the future. It is important to note that actual outcomes and the Company’s actual results could differ materially from those in such forward-looking statements. Risks and uncertainties include, but are not limited to, economic, competitive, governmental, environmental and technological factors that may affect the Company’s operations, markets, products and prices. Readers should refer to the risk disclosures outlined in the Company’s Management Discussion and Analysis of its audited financial statements filed with the British Columbia Securities Commission.

To view the source version of this press release, please visit https://www.newsfilecorp.com/release/64742