GoviEx Uranium Inc. is pleased to announce that further to its news release of April 13, 2021, ESAFOR and FORACO have commenced the drilling program, related to a Feasibility Study on the Company’s Madaouela Uranium Project in Niger.”The current drilling program for the Feasibility Study works on the Project is well underway. The five-month program is designed to also cover infrastructure, tailings, geotechnical …

GoviEx Uranium Inc. (TSXV: GXU) (OTCQB: GVXXF) (“GoviEx or the Company”) is pleased to announce that further to its news release of April 13, 2021, ESAFOR and FORACO have commenced the drilling program, related to a Feasibility Study on the Company’s Madaouela Uranium Project (the “Project”) in Niger.

“The current drilling program for the Feasibility Study works on the Project is well underway. The five-month program is designed to also cover infrastructure, tailings, geotechnical studies, and reconfirmation of water supply from the recently published updated pre-feasibility study (the “Updated PFS“)1 on the Project We have already shipped a one tonne metallurgical sample that is currently on route to South Africa for further confirmatory Feasibility Study level metallurgical test work. With the continually improving uranium price, and two already Mine Permitted projects at Madaouela in Niger and Mutanga in Zambia, it is a very exciting time to be moving our projects forward as we work to create value for all stakeholders.” stated Daniel Major, Chief Executive Officer.

The planned drilling program is being performed by l’Entreprise Sidi Abdoul Aziz de Forage (“ESAFOR“), and FORACO NIGER S.A. (“FORACO“). ESAFOR, a Nigerien drilling company, who have both completed substantial previous drilling for GoviEx exceeding 620,000 metres of exploration and resource drilling on the Project area. FORACO, a Nigerien subsidiary of Foraco International SA, a French drilling company, has concluded extensive exploration work on a number of nearby uranium deposits in Niger.

Due to the simplification of the process flowsheet, the required test work necessary to meet the technical requirements for a Feasibility Study is also simplified and will focus on verification and optimisation, including comminution, acid leach and ion exchange.

1) Note: See technical report titled, “An Updated Pre-Feasibility Study for the Madaouela Project, Niger”, dated effective April 5, 2021, prepared by SRK Consulting (UK) Limited (“SRK”) in accordance with Canadian National Instrument 43-101 Standards of Disclosure for Mineral Projects (“NI 43-101“), and is available on the Company’s website (www.goviex.com) and under the Company’s profile on SEDAR (www.sedar.com). 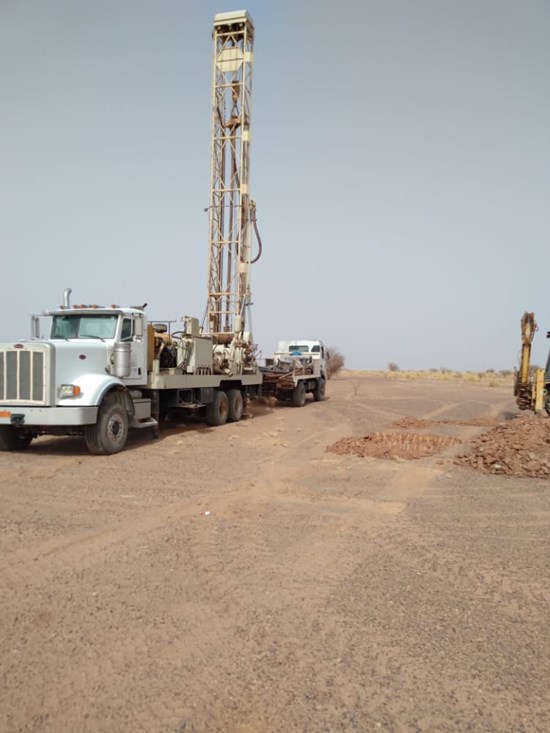 Figure 1: ESAFOR drilling at Miriam in May 2021

The scientific and technical information in this release has been reviewed and approved by Dr. Rob Bowell, a chartered chemist of the Royal Society of Chemistry, a chartered geologist of the Geological Society of London, and a Fellow of the Institute of Mining, Metallurgy and Materials, who is an independent Qualified Person under the terms of NI 43-101 for uranium deposits. Mr. Bowell has verified the data disclosed in this news release.

Forward-looking statements include those in relation to, (i) the timing for completion of the Feasibility Study required to secure project financing; and (ii) the method and/or timing of any test work, exploration, development or mining operations in relation to the Project by FORACO and/or ESAFOR or any other party including the Company itself.

Although the Company believes the expectations reflected in such forward-looking statements are based on reasonable assumptions, it can give no assurances that its expectations will be achieved. Such assumptions, which may prove incorrect, include the following: (i) that the drilling program and test work contemplated in this release will advance the Project towards Project financing and development; (ii) that ESAFOR and FORACO will be able to successfully completed the bulk if not all the planned drilling programs; (iii) the current uranium upcycle will continue and expand; (iv) that the integration of nuclear power into power grids world-wide will continue as a clean energy alternative; and (v) that the price of uranium will remain sufficiently high and the costs of advancing the Company’s mining projects will remain sufficiently low so as to permit GoviEx to implement its business plans in a profitable manner.

Factors that could cause actual results to differ materially from expectations include (i) the inability or unwillingness of FORACO and/or ESAFOR to complete the planned drill programs; (ii) results of the metallurgical test work and drilling programs will not produce the anticipated positive results for whatever reason; (iii) a regression in the uranium market price; (iv) inability or unwillingness of include or increase nuclear power generation by major markets; (v) potential delays due to COVID-19 restrictions; (vi) the failure of the Company’s projects, for technical, logistical, labour-relations, or other reasons; (vii) a decrease in the price of uranium below what is necessary to sustain the Company’s operations; (viii) an increase in the Company’s operating costs above what is necessary to sustain its operations; (ix) accidents, labour disputes, or the materialization of similar risks; (x) a deterioration in capital market conditions that prevents the Company from raising the funds it requires on a timely basis; and (xi) generally, the Company’s inability to develop and implement a successful business plan for any reason.

In addition, the factors described or referred to in the section entitled “Risk Factors” in the MD&A for the year ended December 31, 2020, of GoviEx, which is available on the SEDAR website at www.sedar.com, should be reviewed in conjunction with the information found in this news release.

To view the source version of this press release, please visit https://www.newsfilecorp.com/release/85105