Investing News Network
Cameco today released its 2020 ESG Report. The report illustrates how Cameco integrates ESG principles and practices throughout the company and in its strategy, and includes feature stories and metrics for its 2020 ESG performance. With this report, Cameco has adopted the relevant ESG performance indicators issued by the Sustainability Accounting Standards Board and has taken the first steps toward addressing the ...

Cameco (TSX: CCO; NYSE: CCJ) today released its 2020 ESG (environmental, social and governance) Report. The report illustrates how Cameco integrates ESG principles and practices throughout the company and in its strategy, and includes feature stories and metrics for its 2020 ESG performance.

With this report, Cameco has adopted the relevant ESG performance indicators issued by the Sustainability Accounting Standards Board (SASB) and has taken the first steps toward addressing the recommendations of the Task Force on Climate-Related Financial Disclosures (TCFD), which we expect to continue to progress. The report can be downloaded or read online at www.cameco.com/esg .

"This is the 16th annual report on our sustainability performance, in a year that was truly like no other due to the COVID-19 pandemic," said Cameco president and CEO Tim Gitzel. "Despite the challenges the world experienced in 2020, Cameco was resilient. We kept our focus on ensuring the safety of our workers, protecting the environment and supporting our partner communities. In fact, we received positive recognition for our performance on a number of ESG fronts last year, demonstrating the success of our programs and practices and the value we are creating."

"Cameco's stakeholders expect us to be good corporate citizens and to manage the company in a long-term sustainable fashion, whether it's our partner communities, workers, investors, customers, governments or others," Gitzel said. "We view it as our responsibility to be accountable and transparent. The ESG Report enables them to see our commitments in action and gauge our performance for themselves."

The ESG Report outlines how Cameco's leadership sees the company contributing to global efforts to decarbonize. "As the world transitions to a low-carbon economy and the demand for clean, baseload electricity increases, we believe nuclear energy must play a significant role," Gitzel said. "Cameco will be a constructive partner in the battle against climate change. Not only do we enable the vast emissions reductions that can be achieved through nuclear power, but we are also committed to transforming our own low GHG footprint in our ambition to reach net-zero emissions and achieve our vision of energizing a clean-air world."

In addition to our efforts to reduce Cameco's small GHG footprint, our key ESG goals are focused on the following eight areas:

Cameco's board of directors and executive team oversee the company's ESG strategy, execution and reporting. Today's release marks an evolution in Cameco's ESG approach. In addition to SASB and TCFD, the report provides key ESG performance indicator data based on the Global Reporting Initiative's Sustainability Framework, as well as some unique corporate indicators to measure and report our performance in several environmental, social and governance areas we believe have a significant bearing on Cameco's sustainability over the long term.

Cameco is one of the largest global providers of the uranium fuel needed to energize a clean-air world. Our competitive position is based on our controlling ownership of the world's largest high-grade reserves and low-cost operations. Utilities around the world rely on our nuclear fuel products to generate power in safe, reliable, carbon-free nuclear reactors. Our shares trade on the Toronto and New York stock exchanges. Our head office is in Saskatoon, Saskatchewan.

Caution Regarding Forward-Looking Information and Statements

This news release includes statements considered to be forward-looking information or forward-looking statements under Canadian and U.S. securities laws (which we refer to as forward-looking information), including: our views on the transition to a low-carbon economy, the demand for clean electricity, and the role of nuclear energy; our expectations regarding Cameco's role in combatting climate change; our target of reducing Cameco's GHG footprint and ambition of reaching net-zero emissions; our key ESG goals; and our expectation that we will continue to progress in addressing TCFD recommendations. This forward-looking information is based on a number of assumptions, including assumptions regarding: carbon emission reduction, the demand for clean energy and the contribution that could be made by nuclear energy to reduce climate change; our assumption that our GHG footprint reduction target can be achieved; and our ability to advance our ESG goals and address TCFD recommendations. This information is subject to a number of risks, including: the risk that carbon reduction goals may not be achieved within the expected timeframe, if at all; the risk that the demand for clean electricity will not meet the level we expect, or that nuclear energy will not make the contribution to carbon reduction that we expect; the risk that we may not be successful in achieving our GHG footprint reduction and carbon emission goals; and the risk that we will face unexpected challenges or delays in advancing our ESG goals or addressing TCFD recommendations. The forward-looking information in this news release represents our current views, and actual results may differ significantly. Forward-looking information is designed to help you understand our current views, and may not be appropriate for other purposes. We will not necessarily update this information unless we are required to by securities laws. 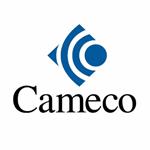 Uranium is an important fuel source for the nuclear energy industry. But prices have bottomed out in the past decade, with many investors wondering when the market will rebound.

Driven by rising demand and massive supply disruptions, uranium prices shot up in 2007 from US$72 per pound at the start of the year to an all-time high of US$136.22 by early June.

Global Atomic Corporation ("Global Atomic" or the "Company") (TSX: GLO) (OTCQX: GLATF) (FRANKFURT: G12) is pleased to announce that it has closed its previously announced "bought deal" private placement (the "Offering") for gross proceeds of C$35.0 million .  Due to significant investor demand, the Offering was upsized from its original gross proceeds of C$25.0 million . Under the Offering, the Company sold 8,750,000 units of the Company (the "Units") at a price of C$4.00 per Unit. The Units were sold through a syndicate of underwriters led by Red Cloud Securities and included Cormark Securities Inc. (collectively, the "Underwriters").

The Power Play by The Market Herald has announced the release of a new interview with Baseload Energy, Queensland Gold Hills and Silver Bullet Mines discussing their latest press releases

Purepoint Uranium to Webcast Live at VirtualInvestorConferences.com December 9th, 2021 at 11 am ET

This will be a live, interactive online event where investors are invited to ask the company questions in real-time. If attendees are not able to join the event live on the day of the conference, an archived webcast will also be made available after the event.

It is recommended that investors pre-register and run the online system check to expedite participation and receive event updates.

Learn more about the event at www.virtualinvestorconferences.com .

The Company recently released its upcoming exploration plans that includes: