This Nano One Materials profile is part of a paid investor education campaign.*

Nano One Materials Corp. (Nano One) (TSX:NANO,FWB:LBMB,OTC: Nasdaq Int'l Designation:NNOMF) is a Canadian clean technology company with a patented process for the low cost production of high performance cathode materials used in lithium-ion batteries. The company aims to establish its technology as the leading platform for the global production of green battery materials through licensing and joint venture agreements. The company is led by a highly experienced management team with decades of experience in financing, capital growth, technology management metals and mining and the sciences.

Lithium-ion batteries have a wide range of valuable applications in the green economy including in electric vehicles, energy storage systems and consumer electronics. As a result, North American companies with a domestic supply chain and local processing capabilities of raw materials needed for the green economy may present an exciting opportunity for investors. 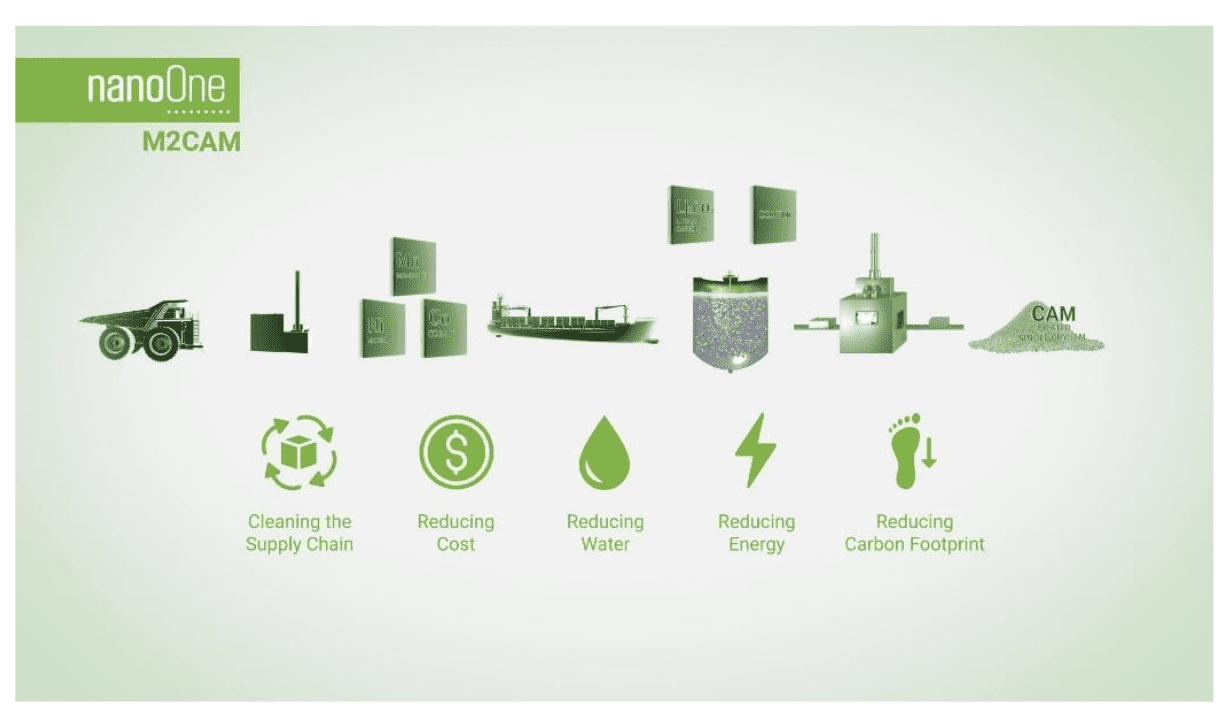 This process is environmentally-sustainable as it produces less greenhouse gas, no waste, uses flexible feedstock, uses less energy and uses 1/20th the amount of water than the standard processing method. The material that is produced also costs 4 to 5 times less to ship due to the lighter weight of around 5 times less than the standard material. This results in potential savings of thousands of dollars per tonne and higher margins. 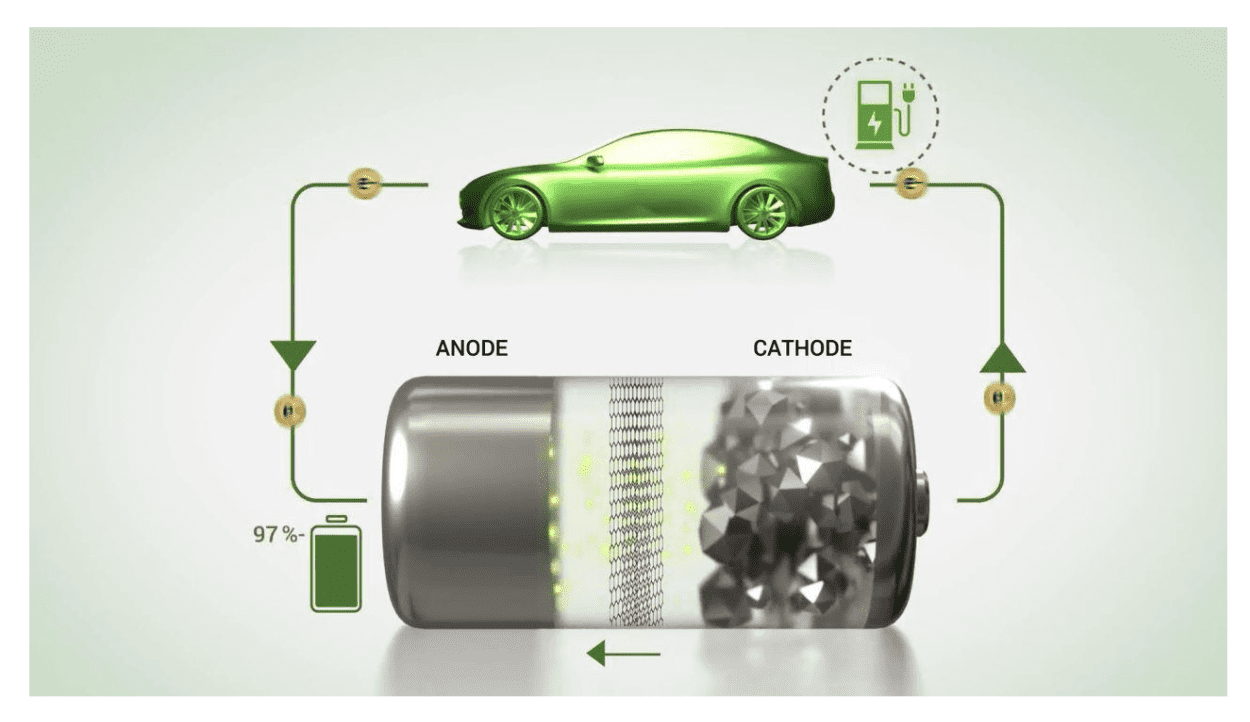 Nano One's patented "One-Pot Process" is a proven, efficient and scalable manufacturing technology for producing cathode materials used in advanced lithium-ion batteries. The One-Pot Process streamlines the production process which significantly reduces costs and increases battery performance and durability compared to the standard manufacturing process. The Company's M2CAM (Metal direct to Cathode Active Material) technology allows cathode materials to be made directly from metals rather than sulphates. This reduces steps, waste and costs from the supply chain while increasing margins allowing a more efficient and sustainable process.

The One-Pot Process has 19 patents issued in the US, Canada, Japan, Korea, China and Taiwan and more than 35 patents currently pending. Nano One has built a demonstration pilot plant that proves scalability and provides Nano One with the ability to make volumes of materials to engage in larger testing programs with strategic partners. 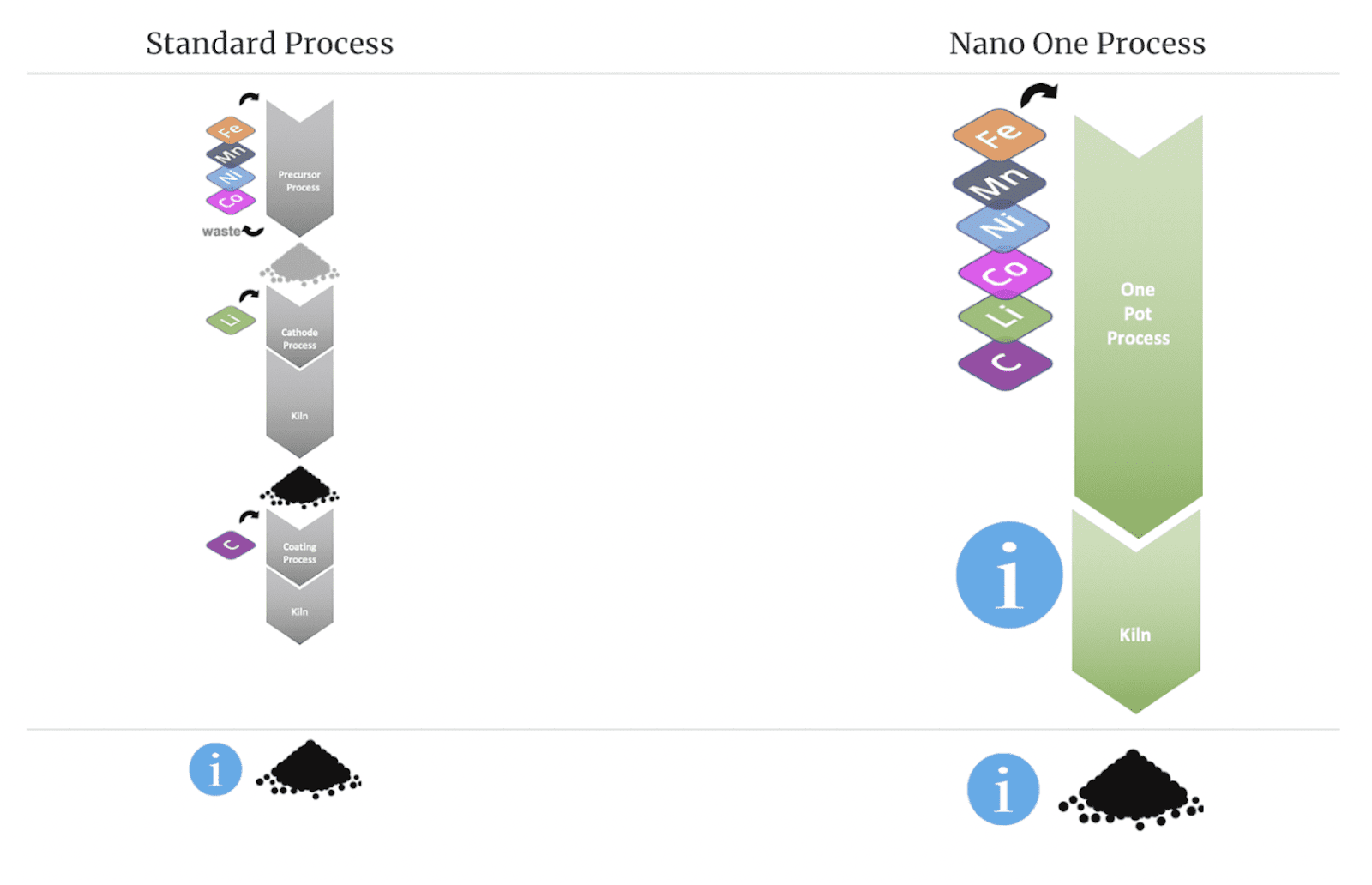 The standard polycrystalline manufacturing process involves clusters of crystals that break apart from the stress of repeating charging which fractures the protective coating. This exposes the inner crystals to side reactions which reduce range, life and charge.

Nano One's One-Pot Process produces individually-coated single nanocrystal cathodes that form in one step and resist fractures. This results in better battery durability and performance which will allow a battery to last longer and go further. One production line can also produce 5 million kilograms per year of a cathode which will supply approximately 70,000 45kWh electric vehicle batteries. The One-Pot Process creates a material that can be fired in the kiln in hours instead of days like the conventional process saving energy and steps. 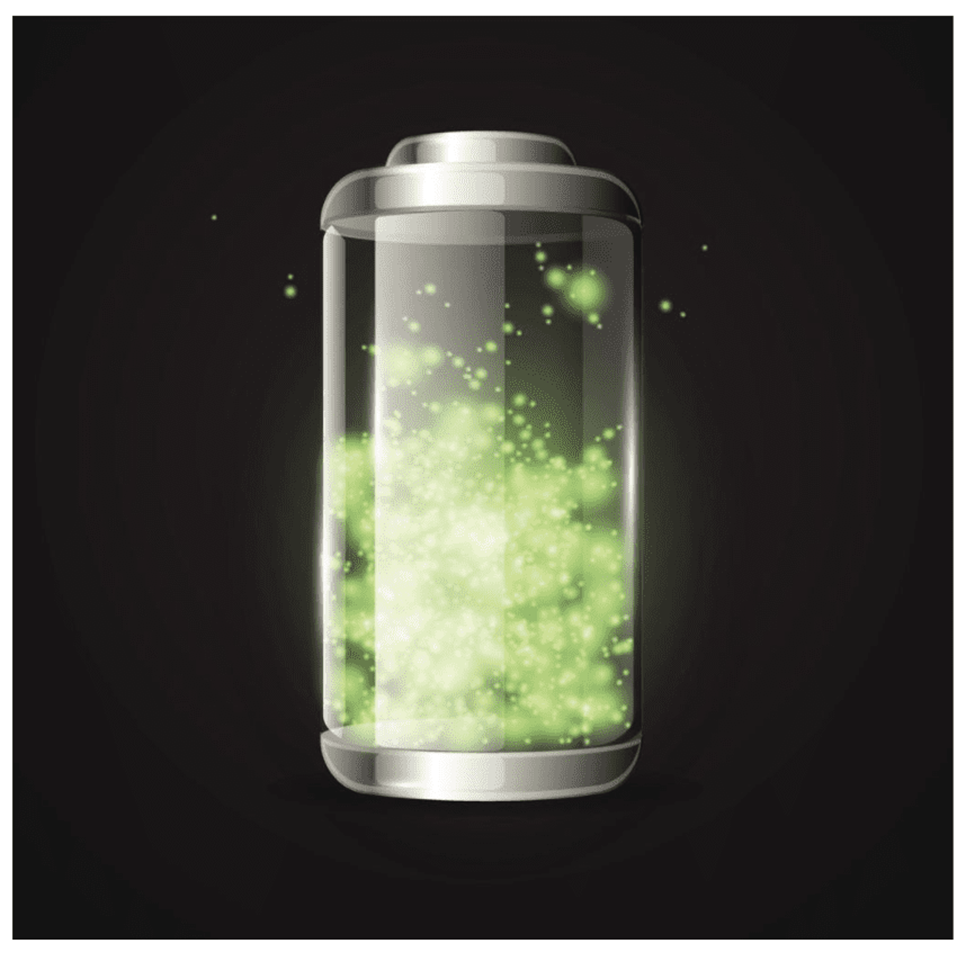 Dan Blondal has more than 30 years of experience as a professional engineer. During his career, he has managed high-growth technology and been involved in materials handling, medical devices, industrial printing, nuclear fusion and materials science. Mr. Blondal brings significant experience in systems engineering, physics and business. Mr. Blondal was the product and technology manager at Creo and Kodak where he led strategically vital initiatives. These initiatives were valued at $20M annually to leverage software, laser and chemical systems for high-quality printing.

John Lando has more than 30 years of experience in venture capital management, equity markets and the financing of public companies. After trading equities at RBC Dominion Securities, he transitioned to senior management roles at early-stage venture companies, including New World Resource Corp. and Northern Lion Gold.

Dr. Stephen Campbell has more than 25 years of experience leading industrial automotive research in electrochemical systems. Dr. Campbell served 7 years as principal scientist at Automotive Fuel Cell Cooperation Corp. Dr. Campbell also held key roles at Ballard Power Systems as principal scientist and senior scientist between 1994 and 2008. Dr. Campbell has more than 20 patents to his name and has 20 years of hands-on experience in industrial research developing new technologies through to series production for the automotive sector. Dr. Campbell received his Ph.D. in Semiconductor Electrochemistry from the University of Southampton in 1987 and completed his BSc (Hons.) 1st class in Physical Sciences at Coventry Polytechnic in 1984.

Alex Holmes has spent more than 15 years as a senior executive with several public companies. Most recently, he served as the CEO of Plateau Energy Metals which is a public company advancing a world-class hard rock lithium project in tandem with a uranium asset in Peru. Prior to this, Mr. Holmes co-founded a technology start-up where he led it from prototype to commercialization in a short period. He was also a partner and co-founder of Oxygen Capital Corp. where he led the business development for all affiliated companies. Mr. Holmes graduated with distinction from The Business School at the City University of London with an M.Sc. in Investment Management.

Hamutal Ben Bassat is a business development executive with over 13 years of experience in enabling global growth. Ms. Ben Bassat has accomplished this growth through strategic collaborations, private investments, devising and implementing market entry strategies and business model analysis. Ms. Ben Bassat has extensive experience in the water and energy markets where she raised capital for start-ups, mature companies and international public bids. Ms. Ben Bassat holds an M.A. in Philosophy and an L.L.B. in Law. During her time practising law, she led various public offerings (TASE, NASDAQ) and closed numerous International transactions and M&A activities.

Russel Barton has more than 40 years of experience in mechanical and electrochemical systems including 18 years designing parts and systems for fuel cell products. He was instrumental in designing Ballard Power System's first commercial product, NEXA, where he took components of the design from concept to manufactured product. Barton has worked with Energizer, Poly Fuel, Ballard and Neptune Dynamics. Mr. Barton brings a wealth of knowledge to Nano One in energy storage, chemistry and mechanical systems. Mr. Barton is known for his innovative solutions and is credited with 40 patents in the US and foreign jurisdictions.

Robin Sweeny is a professional engineer with over 30 years of business-to-business marketing and product management experience. Mr. Sweeny's experience is in the telecommunications, information technology and materials sectors. He has defined, launched and managed the life cycle for several successful products. He has also prospected and qualified market opportunities, executed marketing campaigns and has been an integral part of all aspects of system sales cycles.

Paul Guedes has more than 20 years of experience as an entrepreneur, fund manager and senior executive with several public companies. He was president of a family-owned construction company for over 10 years before moving to the public markets. Mr. Guedes' key focus over the last 14 years has been centered around renewable energy and climate change in industries like wind energy, wave energy, biofuels, hydrogen and carbon credits. Mr. Guedes received his Bachelor of Commerce from the Michael DeGroote School of Business at McMaster University.

Paul Matysek is a serial entrepreneur, geochemist and geologist with over 40 years of experience in the mining industry. Since 2004, Mr. Matysek has been either a CEO or Chairman. He has primarily focused on the exploration, development and sale of five publicly-listed companies in an aggregate worth of over $2 billion. Most recently, he was an executive chairman of Lithium X Energy Corp. which was sold to Nextview New Energy Lion Hong Kong Limited ("Nextview") for $265 million in cash. He was awarded EY Entrepreneur of the Year for Mining & Resources in September 2018.

Dr. Joseph Guy is a president of Patent Filing Specialist Inc. and a patent agent focusing on complex technologies including material science, electronic components, pharmaceuticals and medical products. He has more than 23 years of experience prosecuting patents and serving as an expert witness on intellectual property matters. Dr. Guy was awarded a Ph.D. in Chemistry from the University of Wisconsin-Milwaukee in physical inorganic chemistry with a focus on organometallic complexes. Dr. Guy has authored numerous references in peer-reviewed journals. He has written and prosecuted over 1000 U.S. and foreign patent applications with more than 300 issued U.S. Patents and numerous foreign patents.

Lyle Brown is a CPA and CA and holds a Bachelor of Commerce from the University of British Columbia. Mr. Brown has been a partner at Culver & Co. in Vancouver, British Columbia since 1991. Culver & Co. is an accounting firm that serves clients in a wide range of industries. Mr. Brown is familiar with the reporting requirements of public companies. Brown has served on numerous boards of directors for both private and public companies.

Gord Kukec works with senior management to develop and implement commercial strategies as well as annual business plans. He has more than 30 years of experience in senior executive roles. Mr. Kukec's responsibilities included innovating and adapting commercial and IT strategies at various international Canadian corporations. Since 2010, Mr. Kukec has been an independent advisor, consultant and board member. Mr. Kukec has focused on how emerging environmental and information technology developments, such as climate change and cybersecurity, impact business transformation, corporate strategy and board governance. He currently sits on the board of BC Ferry Services Inc. and Solshare Energy Corp. He holds a BA in Economics from the University of Calgary and an MBA from Queen's University. Mr. Kukec is certified in Governance of Enterprise Information Technology from ISACA (CGEIT) and is a holder of the Institute of Corporate Directors Director designation (ICD.D).

Dr. Gao is an accomplished executive with a strong technical background and a successful track record in leading and growing businesses throughout the lithium-ion battery supply chain.

Dr. Gao is also an internationally recognized expert in lithium-ion battery materials with over a hundred patents issued around the world, dozens of journal publications and his innovations are at the core of today's lithium-ion batteries. He has joined Nano One Advisory Committee members, Joe Lowry, Robert Morris and Dr. Byron Gates.

Dr. Gao is the Vice Chairman of the board of Pulead Technology, a respected producer of cathodes for lithium-ion batteries, having served as President and CEO from May 2014 to Sept 2019. In addition, Dr. Gao also serves as a member of the board of directors for Lithium Americas Corp. Previously, Dr. Gao served as Vice President at Molycorp Inc., and as Global Marketing Director and Technology Manager at FMC Corporation (USA). Dr. Gao completed a PhD in Physics from the University of British Columbia and did post-doctoral research on lithium metal oxides at Simon Fraser University in Professor Jeff Dahn's laboratory. He has also completed an executive education program at The Wharton School of the University of Pennsylvania.

In May 2018, Frank was unanimously confirmed by the United States Senate to serve as the inaugural Assistant Secretary of State for Energy Resources, a position he held until January 2021. As "America's Energy Diplomat," he led whole-of-government initiatives in the Indo-Pacific, the Americas, Europe, the Eastern Mediterranean, and Middle East to advance free, open markets, and resilient responsible supply chains. Frank also established the multi-country Energy Resources Governance Initiative to share global mining best practice and improve governance.

Frank is currently the managing director of Fannon Global Advisors, a strategic advisory focused on geopolitics, the energy transition, and market transformation. He is also a non-resident senior advisor at the Center for Strategic & International Studies, non-resident senior fellow at the Atlantic Council, and a visiting senior fellow at the Center for Technology Diplomacy at Purdue.

The information contained here is for information purposes only and is not to be construed as an offer or solicitation for the sale or purchase of securities. Readers should conduct their own research for all information publicly available concerning the company. Prior to making any investment decision, it is recommended that readers consult directly with Nano One Materials and seek advice from a qualified investment advisor.