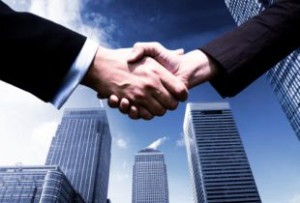 Under the terms of the agreement, Fission will offer Alpha shareholders 5.725 shares of Fission for each Alpha share. “The offer represents a 14.5% premium to the unaffected share prices of Alpha and Fission on August 23,2013, the date prior to Fission’s initial proposal (refer to Fission press release dated August 26, 2013), and an 11.0% premium to the closing prices on August 30, 2013,” according to the company’s press release.

Furthermore, shareholders of Alpha Minerals will be entitled to receive all of the common shares of Alpha’s spin-off company, which will hold all of Alpha’s non-cash assets and obligations other than Alpha’s interest in the Patterson Lake South (PLS) joint venture. Similarly, Fission Uranium shareholders will receive all of the common shares from Fission’s spin-off company, which will retain Fission’s non-cash assets and obligations apart from Fission’s interest in the PLS joint venture and related assets.

“Under the terms of the LOI, each of Alpha Spinco and Fission Spinco will receive $3 million in cash from Alpha and Fission, respectively, to fund future programs at their other assets.” That is also a check in the right box for investors as it will unlock the value of any other assets currently held by Fission and Alpha; the market is assigning them zero value at the moment.

Rob Chang, analyst at Cantor Fitzgerald, told investors in a note that the most recent proposal is an excellent outcome for shareholders of both companies. For one thing, the consolidation of property ownership “unlocks the potential for the acquisition of Patterson Lake South by either Cameco or Denison.”

Overall, Cantor Fitzgerald sees the proposal as a very positive “best case scenario for FCU and AMW investors as a 100% ownership structure of Patterson Lake South […] Moreover, [the firm is] pleased that the FCU operational team will continue to manage the project as it has been responsible for ostensibly all of the growth of the project since January 2012.”

Editorial Disclosure: Alpha Minerals is a client of the Investing News Network. This article is not paid-for content.