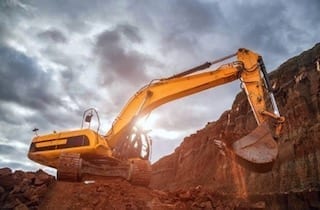 The company is looking to secure financing to build the world’s largest nickel-cobalt project next year. Its share price rose nearly 50 percent on Monday.

RNC Minerals’ (TSX:RNX) share price jumped more than 47 percent on Monday (January 15) after the company announced plans to build the world’s biggest nickel-cobalt project next year.
The Canadian miner said in a press release that it is in talks with commodities traders, mine operators and financers to raise $1 billion for the construction of its Dumont mine in Quebec.
Demand for electric vehicles (EVs) is forecast to soar in the next decade, and demand for the metals used in the batteries that power them is expected to increase as well. The Toronto-based company is looking to position itself to benefit from that situation.


Give me my free report!
“The Dumont nickel-cobalt Project contains the world’s largest undeveloped reserves of both cobalt and nickel. It also contains the 2nd largest nickel reserve and the 8th largest cobalt reserve of any deposit in the world,” said Mark Selby, president and CEO of RNC Minerals.
According to S&P Global Market Intelligence data, Dumont contains 3.15 million tonnes of nickel reserves and 126,000 tonnes of cobalt reserves.
Analysts at UBS estimate that 15 million electric vehicles will be on the road by 2025, lifting nickel demand by 300,000 to 900,000 tonnes, or by some 10 to 40 percent of the current market. Meanwhile, Benchmark Mineral Intelligence says cobalt supply will need to increase from 48,000 tonnes in 2016 to 180,000 tonnes by 2026 to meet the increasing EV demand.
As a result, car manufacturers have started to look for ways to secure long-term supply of battery metals, skipping the entire supply chain and negotiating directly with miners. Many experts believe this will be a key factor to watch in 2018, as it could help bring new projects to the market more quickly than expected.
RNC Minerals is not yet in direct contact with battery makers or car companies, but is open to those discussions, Selby told Reuters. He added that the company is currently talking with large Japanese trading houses, companies that offer streaming deals and miners interested in offtake arrangements.
The company is also seeking debt financing to fund half the development cost for Dumont, and expects to complete financing deals later this year, with the two-year construction project starting in 2019. “We have a clear path to secure financial backing,” Selby said.
Dumont is owned by a 50/50 joint venture between RNC Minerals and private equity firm Waterton Global Resource, with a feasibility study and permitting already completed.
On Monday, shares of RNC closed up 47.06 percent to end at C$0.25 in Toronto. The company’s share price has been surging since the beginning of the year, and is up 37.14 percent since January.
Don’t forget to follow us @INN_Resource for real-time news updates!
Securities Disclosure: I, Priscila Barrera, hold no direct investment interest in any company mentioned in this article.