Jervois Mining is pleased to announce it has agreed to acquire 100 percent of the Sao Miguel Paulista nickel and cobalt refinery in the Brazilian state of Sao Paulo from Companhia Brasileira de Aluminio.

29 September 2020 – TheNewswire – Jervois Mining Limited (the ” Company ” or ” Jervois “) (ASX:JRV) (TSXV:JRV) (OTC:JRVMF) is pleased to announce it has agreed to acquire 100% of the Sao Miguel Paulista nickel and cobalt refinery (” SMP Refinery “) in the Brazilian State of Sao Paulo from Companhia Brasileira de Aluminio (” CBA “) (an investee company of Votorantim) . This transaction will transform Jervois into a vertically integrated producer when ICO commences commercial production, capable of supplying refined nickel and cobalt products to customers across a range of industries including specialty stainless steels, nickel and cobalt superalloys, cathode precursor, lithium ion battery and electric vehicles manufacturers.

Jervois will initially lease SMP Refinery from CBA (” Refinery Lease “), providing Jervois access to undertake a Feasibility Study (” FS “) for the restart. Subject to Jervois’ Early Termination Right up to September 2021, the lease shall continue until closing of Jervois’ acquisition of SMP Refinery (” Closing “) which is subject to the satisfaction of usual condition precedents and is expected to occur by December 2021.

As part of the purchase arrangements and as contained in Refinery Lease, Jervois will pay for existing SMP Refinery care and maintenance (including environmental remediation) of the site from March 2021, via the payment of a monthly lease cost of R$1.5 million (US$0.27 million) 2 . Up until Closing, CBA will continue to manage the site. After Closing, 100% ownership will transfer to Jervois as it moves forward to restart the refinery.

SMP Refinery is a nickel and cobalt electrolytic refinery designed and constructed by Outotec that commenced operations in 1981. The facility is located in an industrial zone in Sao Paulo, Brazil. It was placed on care and maintenance by CBA in 2016, when CBA also placed its Niquelandia mine and processing plant in Brazil on care and maintenance due to prevailing market conditions at the time. Niquelandia provided the SMP Refinery with nickel carbonate. SMP Refinery’s production capacity was 25,000 metric tonnes per annum (” mtpa “) of refined nickel cathode and 2,000mtpa refined cobalt cathode. 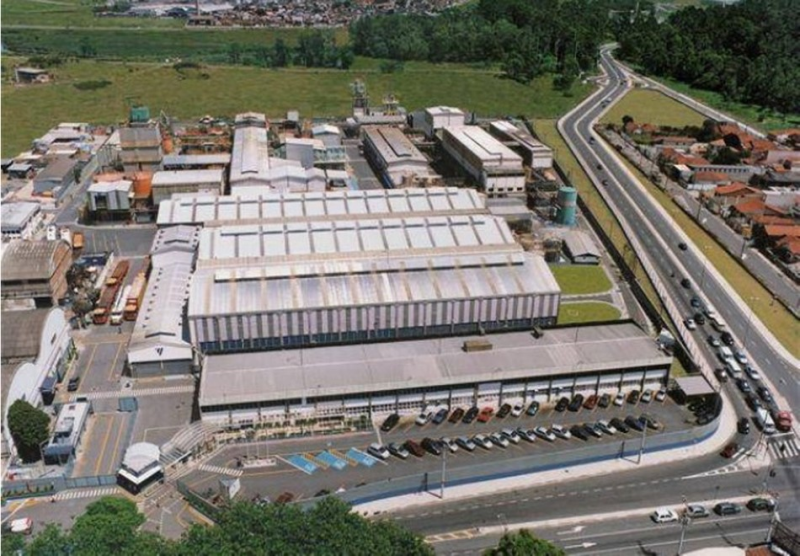 In parallel to processing nickel carbonate intermediate from Niquelandia, SMP Refinery also successfully processed a range of third party materials including nickel carbonates (from Yabulu in Australia), mixed hydroxide product (” MHP “) (from Ravensthorpe in Australia and Goro in New Caledonia) and cobalt hydroxide (from the Democratic Republic of Congo, or ” DRC “). In its last years of operation, approximately 20-30% of metal production was sourced from third party suppliers outside Brazil. Nickel and cobalt recoveries averaged 99% and 96%, respectively, over SMP Refinery’s operating life.

SMP Refinery produced electrolytic nickel with 99.9% purity, exceeding the base specification required by the London Metal Exchange (” LME “). This product was historically used in premium applications such as superalloys, specialty stainless steels, electroplating and batteries. SMP Refinery broken cobalt cathodes were also of high quality and historically used in superalloys and batteries. Nickel and cobalt cathodes were sold under the brand “Tocantins” and have an established customer base in key regions of demand today – the United States, Europe and Japan.

CBA has also undertaken a scoping study with a leading international engineering firm specializing in base metal refineries, to assess the potential conversion of the facility to nickel sulphate production, for modest capital expenditure. Nickel sulphate is the current physical form utilized in the preparation of cathode precursor materials by the lithium ion battery supply chain. Jervois has not included this conversion into its current development plans. Off-take and partner negotiations with cathode precursor, lithium ion battery and electric vehicle manufactures under non-disclosure agreements continue.

Jervois has assessed in detail three (3) operating scenarios during its due diligence. The scenarios are designed based on filtration and management of waste limitations based on SMP Refinery’s existing production capacity and flowsheet of 25,000mtpa and 2,000mtpa of refined nickel and cobalt cathode respectively.

Restart requirements and costs at SMP Refinery are moderate. Planned works include refurbishment of the electrowinning cells, additional crystallizer(s), a gold recovery circuit, plant corrosion treatments, sealing, filtration upgrades and modifications to materials handling. Expansion of the copper handling capacity will be required if SMP treats a bulk (cobalt and copper) concentrate from ICO.

Jervois’ preliminary capital estimates range from R$75 million (US$13.5 million) 3 up to R$150 million (US$27.0 million) 3 for SMP Refinery to restart across the above three operating scenarios.

The operating scenario and the associated capital estimates will be defined as part of the FS Jervois will complete, including supplier contract negotiations to underpin restart economics.

During its due diligence, with regard to ICO concentrate, Jervois assessed implications at SMP Refinery both for processing (including impurity removal and physical handling constraints) and also waste generation. Prior to leaching at SMP Refinery, ICO concentrate must be either roasted (to remove sulphur) or processed via a pressure oxidation autoclave, or ” POX “.

The ICO Bankable Feasibility Study (” BFS “) scope was expanded to include an assessment for a dedicated roaster of cobalt concentrate in Blackfoot, Idaho. This was supported by bench level testwork at SGS Lakefield Oretest (” SGS “) in Sudbury. Testwork specific to ICO concentrates also verified the calcining requirements through pilot scale testing of segregated concentrate. Sighter testwork completed to date has confirmed satisfactory cobalt extraction in an atmospheric leach, analogous to the existing process flowsheet at SMP Refinery. M3 Engineering (” M3 “) based in Tucson, Arizona, prepared capital and operating cost estimates to BFS level of accuracy (+/- 15%). Capital costing for a roaster plant in Idaho processing cobalt concentrate from ICO was US$17.1 million with operating costs of approximately US$1.00/lb of contained cobalt.

As part of the refinery restart FS, Jervois will now assess the alternative of situating a roaster in Brazil. Whilst Blackfoot has access to competitive energy costs, skilled labour at competitive rates, gas pipeline, high quality water, existing road and rail infrastructure connected to major sealed roads with access to port facilities – capital and operating costs will be reduced by constructing a roaster adjacent to SMP Refinery in Brazil.

Calcining of a bulk concentrate has been considered and can be developed to a BFS level with an additional pilot test to confirm present assumptions based on bench roasting by Xstrata Process Support (” XPS “), a subsidiary of Glencore, in 2018.

In parallel to the roaster ‘base case’, Jervois developed a POX alternative flowsheet for the integration of sulphide concentrate into SMP. POX has a higher capital cost but has benefits on metal recovery and operating costs. It would also act as an effective debottlenecking initiative, increasing nickel in MHP processing capacity at SMP up to 20,000mtpa from the 10,000mtpa outlined above in operating scenario (c).

The ICO refinery scoping study undertaken by Wood was based on POX technology providing Jervois with the relevant design and costing for a plant in the United States based upon ICO cobalt concentrates, to assist it in same for a plant in Brazil. POX is typically applied to refractory gold ores and base metal sulphide concentrates as an alternative to roasting and/or smelting technology. The technology is robust, well understood and commercially proven. Preliminary POX sighter testwork was progressed at SGS Perth Western Australia with satisfactory results.

Jervois released a NI 43-101 compliant Preliminary Economic Assessment (the ” PEA “) on the Nico Young nickel-cobalt deposit in May 2019, associated with its mergers with M2 Cobalt and eCobalt Solutions. The PEA supported the technical and economic viability of heap leaching laterite ore, based on the production of battery grade nickel sulphate hexahydrate crystal and cobalt sulphide as final, refined products. Within the study scope, Jervois also completed to the equivalent level of engineering, the ability to produce an MHP.

This MHP represents an attractive feed for SMP, with the refinery having processed similar products from other suppliers historically, including from Australia. Were Jervois to modify its development plan at Nico Young to produce an MHP rather than final refined product, Jervois estimates project capital would be reduced by approximately A$200 million.

Jervois Due Diligence of SMP Refinery

Due diligence was extensive and encompassed detailed technical and flowsheet assessments, leveraging work undertaken by both Wood and M3. Environmental Resources Management (” ERM “) was engaged for environmental due diligence, which encompassed a review of operating permits (including transportation and logistics), access to and disposal of water, disposal of refinery waste, and an assessment of the adequacy of remediation activities for past contamination. Botelho, Carvalho, Horta, Ibraim, Spagnol Sociedade de Advogados, a Sao Paulo legal firm were retained for the transaction, as were Brazilian tax advisers.

Jervois has appointed former executives experienced with SMP Refinery in relation to its investment:

The Board and Management of Jervois is genuinely excited to be re-entering nickel and cobalt refining and trading, and to be re-establishing previous supplier and customer relationships. SMP Refinery represents a transformative opportunity for the Company to negotiate refined nickel and cobalt supply directly to end users across multiple industries, including the lithium ion battery supply and customer chain.

Jervois will now progress the funding plan for SMP Refinery transaction and restart in conjunction with the lender negotiations for the completion of ICO construction through first commercial production. The integration of mining and refining of cobalt expands the range of offtake and funding counterparties, together with potential financing structures.

Jervois will hold an investor webinar on Tuesday, 29 September at 10:15am AEST to discuss its Bankable Feasibility Study for ICO and acquisition of the Sao Miguel Paulista nickel and cobalt refinery in Brazil.

Investors are invited to send questions prior to the webinar to: nathan.ryan@nwrcommunications.com.au

Register for the investor webinar at the link below:

After registering, you will receive a confirmation email containing information about joining the webinar.

To join the webinar via telephone, please use one of the following numbers and enter the Webinar ID: 853 5011 7205

For higher quality, dial a number based on your current location:

A recording will be made available shortly after the conclusion of the webinar at the same link.

On behalf of Jervois Mining Limited,

This news release may contain certain “Forward-Looking Statements” within the meaning of the United States Private Securities Litigation Reform Act of 1995 and applicable Canadian securities laws. When used in this news release, the words “anticipate”, “believe”, “estimate”, “expect”, “target, “plan”, “forecast”, “may”, “schedule” and other similar words or expressions identify forward-looking statements or information. These forward-looking statements or information may relate to the completion of the acquisition of SMP Refinery, technical studies, flow sheet considerations, construction and operations to be undertaken at SMP Refinery, timing assumptions for commercial operations, metal recoveries, projected capital and the reliability of third party information and certain other factors or information. Such statements represent the Company’s current views with respect to future events and are necessarily based upon a number of assumptions and estimates that, while considered reasonable by the Company, are inherently subject to significant business, economic, competitive, political and social risks, contingencies and uncertainties. Many factors, both known and unknown, could cause results, performance or achievements to be materially different from the results, performance or achievements that are or may be expressed or implied by such forward-looking statements. The Company does not intend, and does not assume any obligation, to update these forward-looking statements or information to reflect changes in assumptions or changes in circumstances or any other events affections such statements and information other than as required by applicable laws, rules and regulations.

2 US$ conversion based on today’s exchange rate of US$1:R$5.55, the transaction values are fixed in R$ and are not convertible into US$.

3 US$ conversion based on today’s exchange rate of US$1:R$5.55, the transaction values are in R$ and are not fixed in US$.