Marvel Discovery Corp. (TSXV:MARV)(Frankfurt:O4T1)(MARVF:OTCQB); (the "Company") is delighted to announce it has recently completed a high-resolution heliborne magnetic survey over the Gander East Project Area (see Figure 1 for a location map 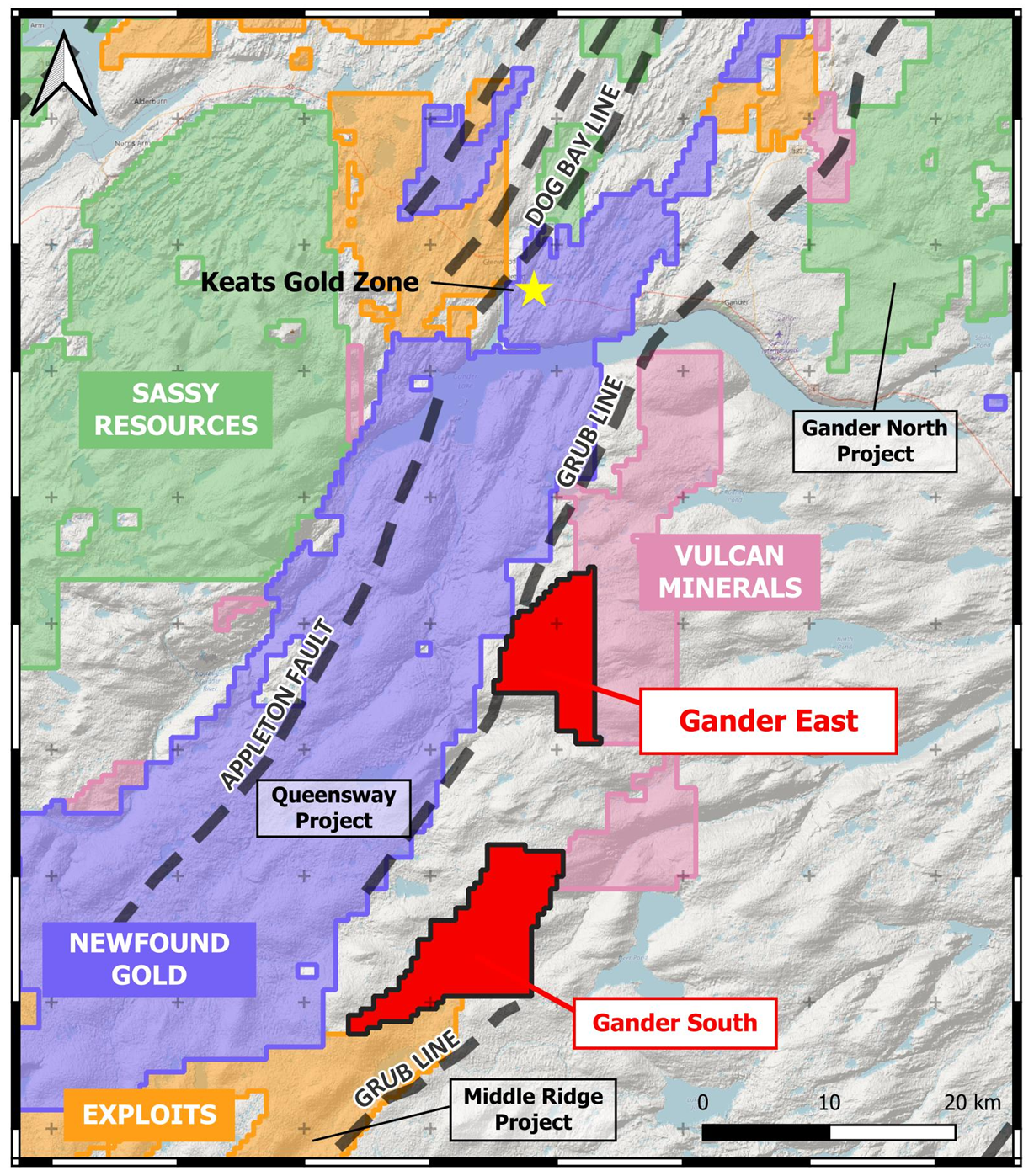 The Dog Bay-Appleton-Grub Line fault system is a crustal scale fault zone within Central Newfoundland and these structural corridors are closely associated with recent high-grade gold discoveries and with existing deposits such as Marathon Gold's Valentine Gold Project which hosts 4.78 million ounces of gold. (https://marathon-gold.com/valentine-gold-project/)

The complexities evident within this dataset reveal structural features consistent with those of extensive fault and secondary shear zones and with fold structural patterns evident that were not resolvable with pre-existing regional datasets (Figure 2). These fault structures may be splay zones from the Grub-Line which is located due East of the property boundary, and these are highly favorable for gold mineralization (Figure 3). The secondary and third order structures are evident as linear magnetic features that crosscut the structural corridors. Also present are magnetic features more consistent with volcanic intrusions than altered sedimentary rocks, with such features favorable for Cu-Pb-Zn deposits commonly found in the Buchans area to the west. A detailed structural study has commenced and will be used as a basis to direct field crews for ground follow-up which will include soil geochemistry surveys, prospecting, and mapping. 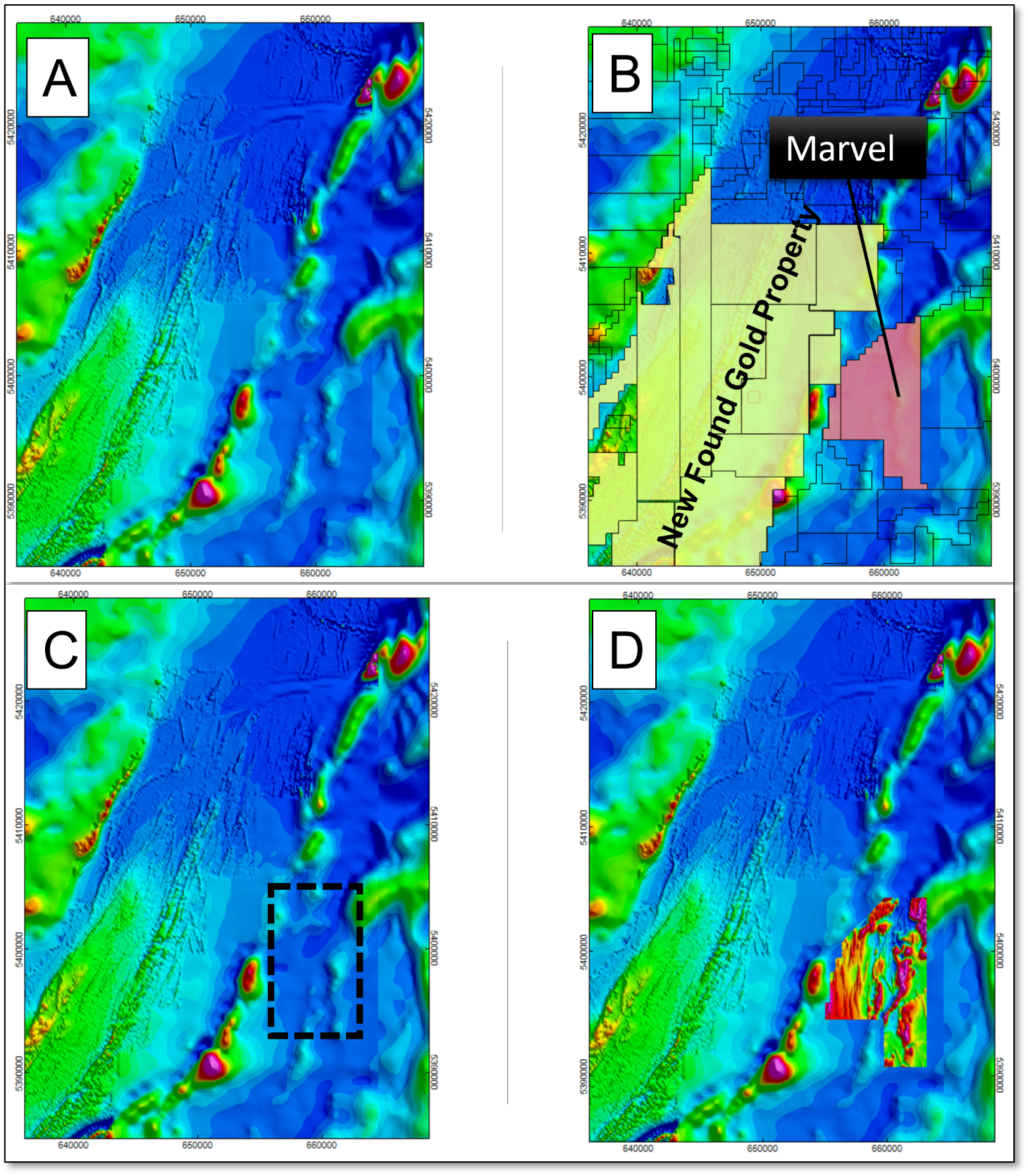 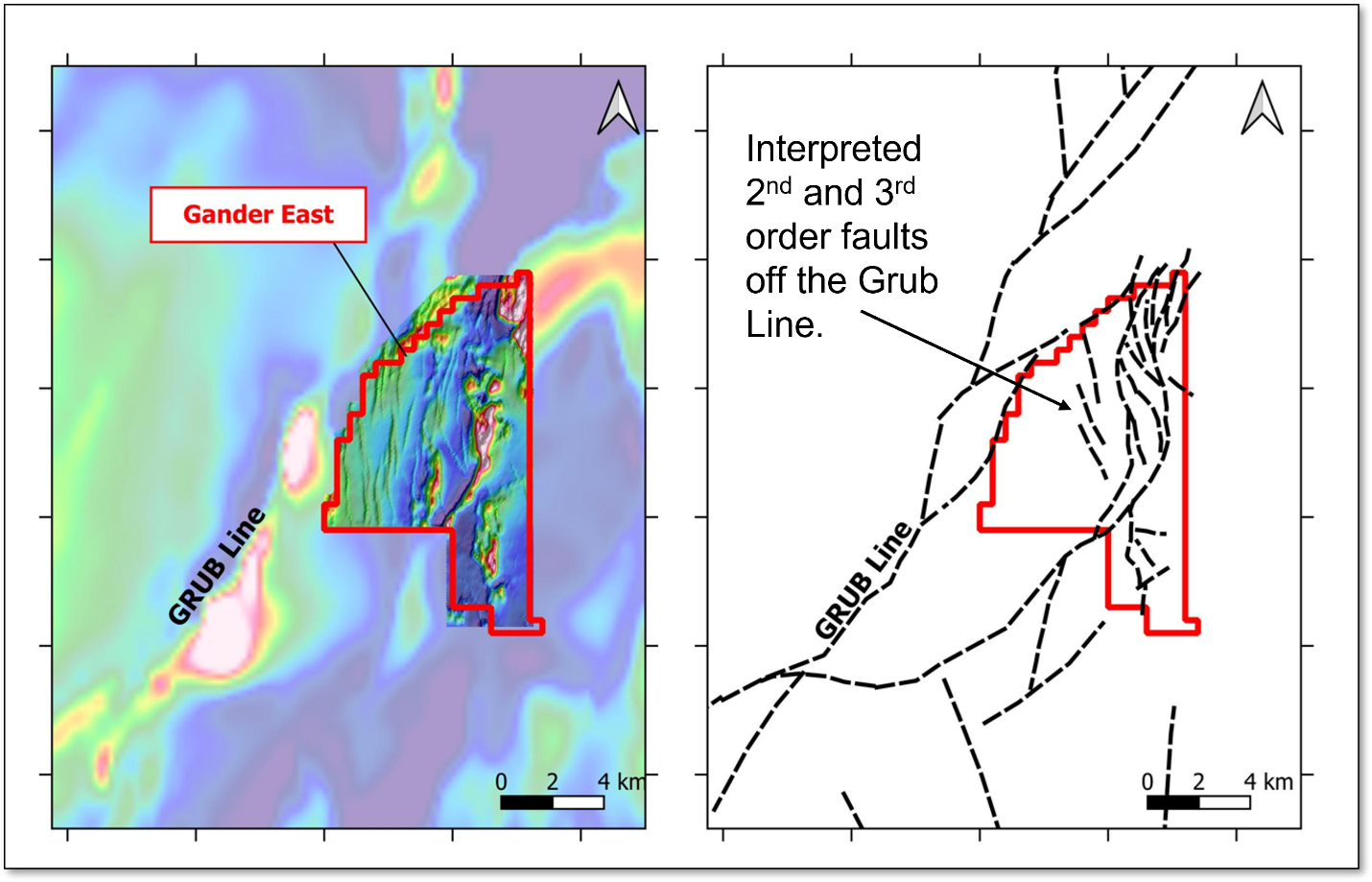 "The Gander East Project is a strategic land position for Marvel - New Found's Gold project is directly tied on and the Grub line runs right along our ground. We are thrilled with the data sets received, the structural features are consistent with high grade mineralization with major faulting and splays off the Grub Line", said Karim Rayani, Chief Executive Officer of Marvel Discovery Corp."Our team has quietly staked some of the most prospective, under-explored land positions along and adjacent to the major continental structures in Newfoundland and we feel this is just the beginning, as everyone now is starting to appreciate and understand the importance of these major crustal fault and shear zones. We were not the first to come to the party, but we did position ourselves as a dominant force of strategic ground tied on some of the islands largest defined assets."

Marvel Discovery Corp. (TSXV:MARV), (FRA:O4T1), (OTCQB:MARVF); ("Marvel", or the "Company") is pleased to announce a Joint Venture agreement to expand our land position within the Rocky Mountain Rare Metal Belt. The Company has the right to earn a 50% interest from a private company, Eagle Bay Resources, upon completion of at least 2 (two) drill holes. The 507 hectarehectare claim block is located immediately adjacent to the west of the Wicheeda Project of Defense Metals

Defense Metals has recently been expanding the value of their Wicheeda Project through deposit definition drilling. Recently announced results (April 21, 2022) include 3.81% TREO over 116.8 metres, including two separate higher-grade intervals averaging 4.33% TREO over 38.8 metres, and 4.87% TREO over 37.5 metres. (Mineralization hosted on adjacent and/or nearby properties is not necessarily indicative of mineralization hosted on Marvel's Property.) 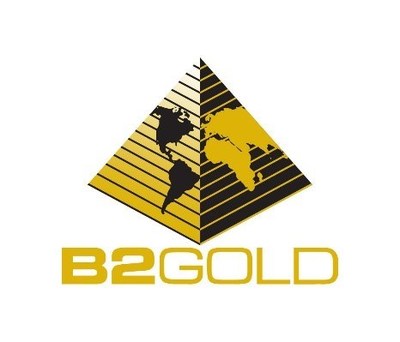 The first half of 2022 is over, and like most metals, gold has had an interesting ride.

The yellow metal has been caught up in diverse headwinds and tailwinds, with the ongoing COVID-19 pandemic, Russia’s war in Ukraine and the battle against inflation being key factors.

Aggressive rate hikes from the US Federal Reserve have spurred fears of a recession, driving investors to liquidate some of their gold holdings. Going forward, Trading Economics analysts have said they expect “further downside for bullion as investors continue to de-risk due to inflation and growth concerns.”