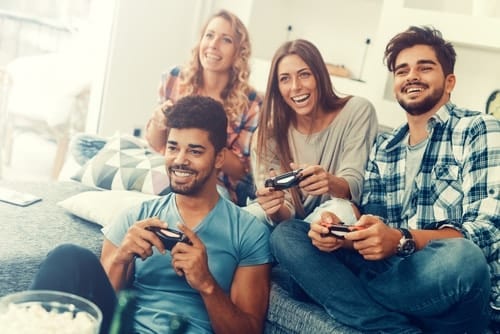 In this gaming market update, the Investing News Network looks at Q1 2019 trends that are setting the tone for the industry for the year.

The first quarter of the year started off strong in the games market, with big companies Apple (NASDAQ:AAPL) and Google (NASDAQ:GOOGL) jumping in. The global games market is projected to generate revenues of US$150 billion in 2019.

Major industry player Electronic Arts (NASDAQ:EA) was also in the news with the launch of its new title “Apex Legends.” Meanwhile, Tencent Holdings (OTC Pink:TCTZF,HKEX:0700) made a soft launch of its much anticipated digital game store on a global scale.

On that note, the Investing News Network (INN) is taking a look back on the first quarter of the year to discover what the biggest trends in the gaming sector were and what things to look forward to for the rest of the year.

In an email statement to INN, Guilherme Fernandes, marketing consultant at Newzoo, said that the biggest news of the first quarter includes the aforementioned entry of Google and Apple into the sector.

In March, Google announced Stadia, a new platform that aims to deliver instant access to games on gadgets like laptops, tablets and mobile devices.

Phil Harrison, vice president of Google Stadia, said in a blog post that the new service “will free players from the limitations of traditional consoles and PCs.”

Also making its entry into the market was Apple. In late March, the California-based company launched Apple Arcade, which the company says is the first game subscription service targeting platforms like mobile and desktops.

In a release, Phil Schiller, senior vice president of worldwide marketing at Apple, said that the company is targeting “players of all ages” with the service.

“The App Store is the world’s biggest and most successful game platform. Now we are going to take games even further with Apple Arcade,” Schiller said.

The first quarter also saw an expansion from Tencent in terms of its presence in the market and product offerings. The Asian tech giant rolled out its digital games store on a global scale under the brand WeGame X. As of April, the store hosted 30 games on its platform.

In terms of its product portfolio, Tencent has been involved with Intel (NASDAQ:INTC) for Instant Play, which allows players to log into a game from any device and any location. Additionally, the company is working with Unity for Tencent Cloud, a cloud service that seeks to deliver secure and stable products, with a scheduled launch sometime this year.

“The ultimate goal of developing several alternative projects is to foster internal competition until one emerges victorious,” Fernandes said on Tencent’s expansion. “The largest games company in the world is also working with Activision to create ‘Call of Duty Mobile.’”

Benji Sales, host of a self-named YouTube channel and founder of the State of the Industry podcast, said in an email statement to INN that the first quarter presented a mixed bag for the industry.

“Q1 featured many very strong performances in the industry, as well as several that seem to have missed expectations,” he said.

Sales said that the launch of “Apex Legends” was one of the highlights of the quarter. The game was released by EA and Respawn Entertainment in February and quickly hit the 50 million players mark in its first month.

“’Apex Legends’ came out as a strong competitor to Epic’s ‘Fortnite’ in the battle royale genre and seemed to overperform seemingly all expectations,” Sales said. “This is actually a faster rate of growth than what ‘Fortnite’ began with.”

Fernandes said that the game was the “biggest surprise” of the quarter owing to EA’s marketing strategy, which relied on gamers for the marketing of the game.

“EA is known for its AAA games, with heavy marketing for months, if not years, before the release of its titles,” Fernandes said. “Given that it is free to play, people just jumped in, and the game’s quality spoke for itself, garnering very positive reactions from both community and critics.”

Fernandes said that the success of the game could potentially lead to the strategy being used more often in the future.

While EA hit a home run with “Apex Legends,” Sales said that the company missed expectations with the underperformance of its flagship AAA title, “Anthem.”

“The game had an extended development and hit numerous roadblocks, resulting in what must be a considerable budget,” he said. “EA’s expectations for the title was to sell 5 to 6 million units by the end of Q1 or in six weeks from its launch. That number, however, is looking doubtful that [EA] will attain it.”

Gaming market update: More games and consoles on the horizon

Moving forward, Sales said that the industry should be paying close attention to “Mortal Kombat 11” from NetherRealm Studios.

“The ‘Mortal Kombat’ series has become a juggernaut over the last few instalments and fan excitement seems very strong around this title,” he said. “I believe it will be the best selling title of Q2.”

“Sony has a strong history of seeing large sales numbers around their exclusive titles,” he said. “Games like ‘Horizon Zero Dawn,’ ‘God of War’ and ‘Spider-Man’ have seen huge sales numbers on the PS4 and I’m sure the company is hoping ‘Days Gone’ will join that list and become a future multi-entry franchise for them.”

With the Electronic Entertainment Expo (E3) scheduled for June, Fernandes said that the gaming industry could be packed with multiple announcements in Q2.

“Despite notable absentees (like Sony), a great deal of announcements have been promised, including more information on Xbox’s Project xCloud,” he said. “Even Google and Sony are expected to make some announcements around the same time as E3.”

Both Fernandes and Sales highlighted the launch of Microsoft’s (NASDAQ:MSFT) potential disc-free Xbox console as a crucial step for the sector. The console could launch in May and possibly pave a new path in the industry, although it hasn’t officially been confirmed by the company.

“It will be interesting to see how it is received by the public and how it sells,” Fernandes said. “It serves as a stepping stone between traditional console gaming and cloud gaming, while people are still unsure about giving up ownership of their games and the hardware.”

If this console is released, it will synergize well with Project xCloud, a streaming service that Microsoft has been working on like its competitors. The official launch of the service is slated for late 2019.

“It will be interesting to watch the performance of the console as publishers push more and more into driving consumers to digital adoption,” Sales said.

Fernandes highlighted that esports has been generating a lot of attention, with new sponsorships and partnerships.

“The amount of investment currently made in esports ought to deserve a closer look by anyone interested in such ventures,” he said. “It is not only [from a] teams, leagues and games perspective, but also in what concerns whole cities and regions as they compete to become the new capital for esports in their area.”

Looking ahead, Fernandes said that the industry could be witnessing one of the biggest transactions this year with the sale of Nexon (TYO:3659), the fourth-largest Japanese gaming company.

“It will be very interesting to see how the sale process of Nexon unfolds, given that some estimates say it could sell for over US$10 billion, which would make it the largest transaction in the games industry ever,” he said.

Meanwhile, Sales has placed his bet on Nintendo (OTC Pink:NTDOF,TSE:7974) owing to the company’s scheduled launch of several titles, including “Pokemon Sword,” “Pokemon Shield” and the remake of 1993’s “Legend of Zelda: Link’s Awakening,” all for the Nintendo Switch console. As noted in INN’s top gaming stocks article, the Switch was the best selling console in the first three months of the year.

“[We] should see tremendous growth as the strength of releases is much stronger, as well as the console likely seeing its first major price promotions and price cuts,” he said.

Sales said that existing consoles from Microsoft and Sony could be heading for price cuts as these companies are looking to launch new variants in the coming months.

“There is a strong chance we see at least one of these companies announce their next generation platforms and plans this year, for a launch in 2020,” he said. “So, it will be important to see what their strategies are around these consoles.”

Sales expects Microsoft to further push into the services model through the likes of Xbox Game Pass and backward compatibility for its Xbox console in a massive way. The Xbox Game Pass allows unlimited access to popular Xbox One and Xbox 360 games, while backward compatibility lets players play classic games on the Xbox One through its cloud platform.

With more companies getting into digital games and services, Sales said that those associated with physical games might see a loss as the industry adapts to new trends.

“I also expect physical-based games and companies like GameStop (NYSE:GME), whose business revolves around physical media, to continue to see significant loss of market share as digital platforms and games become the industry standard,” he said.

“A similar phenomenon is developing in the games industry, not only in terms of subscription services and game passes, competing for users’ leisure time, but also with the requirement of installing multiple clients and launchers on PC, as new competitors enter the market and attempt to disrupt Steam’s longstanding dominance,” he said.

Ferandes believes that such services will not be sustainable and that players will end up picking one service over other rivals.

As marked by the entry of big tech giants and with the existing players launching new titles and consoles, the industry offers plenty of opportunities for investors and gamers.

One response to “Gaming Market Update: Q1 2019 in Review”