Highlights: – Jervois Board has approved full construction and development its 100%-owned Idaho Cobalt Operations in the United States – Approval follows the successful pricing and books closing of Jervois’ subsidiary’s offering of senior secured bonds to raise US$100 million, guaranteed by Jervois – Proceeds from the bond issue will be used to fund construction of Jervois’ ICO and bring it into production – …

TheNewswire – 6 July 2021 – Jervois Mining Limited (“ Jervois ” or the “ Company ”) (ASX:JRV) (TSXV:JRV) (OTC:JRVMF) advises its Board has approved final construction of Jervois’ Idaho Cobalt Operations (“ ICO ”) in the United States (the “ U.S. ”).  ICO is situated approximately 40km west of the town of Salmon in east central part of the state of Idaho.

Approval follows pricing and closure of the book of Jervois’ subsidiary’s offering of senior secured bonds to raise US$100 million, guaranteed by Jervois.  Upon satisfaction of the conditions precedent to the release from escrow of the proceeds of the bonds which is expected in Q4 2021, they will be used for the payment of capital expenditures, operating costs and other costs associated with the construction of ICO and bringing it into production.  First production from ICO continues to be expected from mid 2022.

The properties upon which the mine and mill are situated in the U.S. National Forest lands managed by United States Forest Service (the “ USFS ”).  Jervois controls 100 percent of the unpatented mining claims over this land, consisting of 313 unpatented lode mining claims.   All activities at ICO adhere to the USFS and Environmental Protection Agency requirements.  The site is environmentally permitted with an approved Plan of Operations.

Jervois acquired ICO in July 2019.  ICO was partially constructed, with more than US$120 million invested by prior owners since discovery of the cobalt deposit.  Prior to initiating final construction, Jervois commissioned DRA Global and its sub-consultants, M3 Engineering (“ M3 ”), to prepare an updated Australian JORC Code 2012 Edition Bankable Feasibility Study (“ BFS ”) and Canadian National Instrument 43-101 Feasibility Study on ICO, the results of which were announced on 29 September 2020.

M3 was appointed as lead engineer for the detailed design and site early works in November 2020, and an EPCM contract for full construction is expected to be executed shortly.  M3 is headquartered in Tucson, Arizona and was selected as the preferred engineering contractor due its extensive construction experience and track record of successful project delivery in the U.S., specifically relating to local conditions in Idaho and regional contractor capabilities.

Final construction of ICO will include developing an underground mine over a period of 10 months starting in September 2021, which is scheduled to deliver first ore to an operational mill in July 2022.  D evelopment of the mine is being executed by Small Mine Development (“ SMD ”), based in Battle Mountain, Nevada.  SMD also participated in the mine design and costing for the updated BFS.

ICO will comprise a 1,200 short tons of ore per day (“ stpd ”) mill and concentrator to produce separated cobalt and copper concentrates.  Gold mineralisation in the mine reserve at ICO will largely report to the cobalt concentrate and will be recovered at São Miguel Paulista (“ SMP ”) refinery in Brazil, subject to Jervois completing its SMP acquisition and successfully restarting the refinery in stages during 2022 and 2023 .  Copper concentrates will be sold into North American markets.  Tailings will either be placed back underground or filtered and safely placed in a dry stack waste storage facility.

Jervois has developed detailed plans to operate ICO in an environmentally responsible manner.  Demonstration by Jervois of its ability to construct and operate safely for the environment, together with necessary drilling success once underground access has been opened (to both convert existing and future mineral resources into mine reserves) are expected to positively support discussions with the USFS and other U.S. regulators regarding a future expansion utilizing the currently disturbed site footprint.

Jervois has awarded Metso Outotec the design, fabrication and delivery contract for a 4.7m diameter and 2.5m-long 750kW SAG (semi-autonomous grinding) mill.  The mill will comfortably accommodate the nameplate 1,200stpd processing capacity cap applied in the ICO BFS, which is based on the Company’s currently approved Plan of Operations.  Delivery of the Metso Outotec SAG mill to site in Idaho is planned and on schedule for Q4 2021.

Site early works are well underway, with full construction to commence on the ground in September 2021.  ICO will create approximately 200 local construction jobs and 180 operational positions once the site transitions into commercial operation.

All these activities have been designed and are in various stages of execution on the site.

The mine site is equipped with all required infrastructure including access roads from both Salmon and Challis, full grid power (at less than U.S. 5 cents per kwh; Idaho Power has offered ICO 100% renewable power from 2023, the first full year of mine and mill operation), a bore field for water supply, communications and all site earthworks and terracing, as illustrated in the following site overhead photograph.

The design and construction of the process facility and all related supporting infrastructure is being managed by M3; c urrent site works have been tendered using local and regional sub-contractors.

With yesterday’s announcement of pricing and closing of books on Jervois’s subsidiary’s offering of US$100 million of senior secured bonds, the Company is excited to now progress into final construction at ICO.  Once in operation, ICO will be the first U.S. cobalt mine in generations. Given cobalt’s many applications and significant supply chain risks, it has been designated a critical mineral by the U.S. Government, and was listed by the Department of the Interior in coordination with other executive branch agencies pursuant to Executive Order 13817, “A Federal Strategy to Ensure Secure and Reliable Supplies of Critical Minerals” (82 FR 60835) with the final list being published in May 2018 (83 FR 23295).  Jervois remains actively engaged with the U.S. Government with regard to the geopolitical and economic importance of the Idaho facility.

The Board of Jervois is excited to announcing this significant investment into Idaho.  Idaho is an extremely supportive and attractive jurisdiction to invest, and leads the U.S. with its stable legal and political system, tax and other regulations to facilitate investment and job creation, whilst simultaneously protecting the state’s pristine natural environment.  Jervois is excited to become a significant economic partner of both Idaho State and Lemhi County. 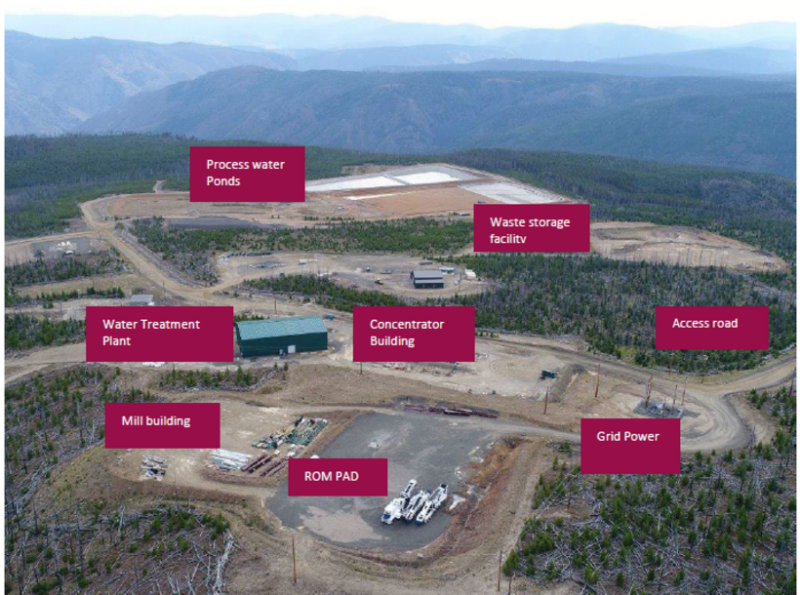 On behalf of Jervois

This news release may contain certain “Forward-Looking Statements” within the meaning of the United States Private Securities Litigation Reform Act of 1995 and applicable Canadian securities laws. When used in this news release, the words “anticipate”, “believe”, “estimate”, “expect”, “target, “plan”, “forecast”, “may”, “schedule”, “expected” and other similar words or expressions identify forward-looking statements or information. These forward-looking statements or information may relate to timing of the delivery of equipment to ICO, the timing of construction and production at ICO, the release timing for settlement and drawdown of the Bonds and certain other factors or information. Such statements represent Jervois’ current views with respect to future events and are necessarily based upon a number of assumptions and estimates that, while considered reasonable by Jervois, are inherently subject to significant business, economic, competitive, political and social risks, contingencies and uncertainties. Many factors, both known and unknown, could cause results, performance or achievements to be materially different from the results, performance or achievements that are or may be expressed or implied by such forward-looking statements. Jervois does not intend, and does not assume any obligation, to update these forward-looking statements or information to reflect changes in assumptions or changes in circumstances or any other events affections such statements and information other than as required by applicable laws, rules and regulations.