Report by Perforce Software Forecasts that Streaming, the Cloud, and Creative Teams are the Future of Game Development

Perforce Software, a leading provider of versioning, collaboration, and planning tools across the software development lifecycle, announced the release of the 2022 Game Development Trends & Forecast report, which outlines trends, challenges, and predictions for the future of game development. Key findings suggest that Cloud Streaming will become the leading platform by 2025, and as teams continue to move toward hybridremote work environments, the ability to easily share and reuse assets will be critical to their collaboration efforts. Game development is in constant flux — always evolving and adapting to new technology. That flexibility affords game developers the ability to identify emerging trends, such as 40% predict that Cloud Streaming will be the dominant platform by 2025. With less reliance on hardware and more accessibility for gamers who are unable to afford a console or PC, Cloud Streaming helps gaming move forward faster.

"Gaming has traditionally been constrained by the hardware limitations of the console or device. Cloud Streaming is exciting because it enables gamers to play more graphically, hardware-intense titles without requiring upgrades to their device," said Chief Technology Officer Brad Hart .

As the preferred platform adapts to community preferences, so too has the work environment. Spurred by Covid, teams have steadily transitioned to more hybrid/remote work environments. In fact, nearly 70% of developers say they work remotely and 15% of game creators have completely forgone the traditional office space altogether. This has enabled developers to hire top talent outside of their region or country (29%).

By expanding their pool of potential candidates, studios have also increased the number of artists, designers, and animators on their teams. As games have become more cinematic and strive to tell more engaging and affecting stories, the overall look and feel of a game has become even more critical to its success, which has made creatives essential. In fact, nearly 60% of developers shared that at least half of their team was made up of creative roles.

With teams no longer restricted to a shared space, a top priority for many studios is ensuring that development remains collaborative and fluid. This has contributed to an increase in using cloud-based development as teams can access files from anywhere. An overwhelming majority of participants (nearly 80%) are developing games either solely in the cloud or using a hybrid model of cloud and on-premises. In addition, over half of the game developers (54%) indicated that sharing and reuse of assets will be critical to increasing collaboration within the coming year. However, effective management and collaboration on a large number of art and game engine files can prove to be a challenge without the proper tools.

"As teams continue to opt for hybrid/remote work environments, it is essential that artists and designers are able to quickly locate and share all of the assets that their teams need. That is why we created Helix DAM," said Brad Hart .

"Helix DAM enables creative teams to find, review, and track the progress of every art asset in one easy-to-navigate place. In addition, it is built on Helix Core, so it can provide a single source of truth for a team's code and digital assets, as well as handle huge projects and global teams with ease."

Teams can try Helix DAM free for 14 days , no setup, configuration, or commitment is needed. While the full results of the survey are available in the 2022 Game Development Trends & Forecast .

Perforce powers innovation at an unrivaled scale. Perforce solutions future-proof competitive advantage by driving quality, security, compliance, collaboration, and speed – across the technology lifecycle. We bring deep domain and vertical expertise to every customer, so nothing stands in the way of success.  Our global footprint spans more than 80 countries and includes over 75% of the Fortune 100. Perforce is trusted by the world's leading brands to deliver solutions to even the toughest challenges. Accelerate technology delivery, with no shortcuts. Get the Power of Perforce. For more information, visit www.perforce.com .

Few NFT launches have been as eagerly awaited as the Lithosphere (LITHO) Jot Art Finesse NFT collection. Lithosphere creator, KaJ Labs, expects the NFT collection to sell out quickly when it's launched on Oct. 1, 2022 at O0:00 UTC for private sales. Public sales begin on the same day at 01:00 UTC.

The INO launch will take place on a variety of platforms that include Liquidfty, DarePlay/DareNFT and NFTb.

Research Published in JMIR Serious Games Highlights that XRHealth Software is Safe, Reliable, and Engaging for Patients While Improving Functionality

XRHealth, the leading healthcare platform in the metaverse, announces today they published a new study in JMIR Serious Games that demonstrates that virtual reality technology is viable in treating upper limb dysfunction in multiple sclerosis patients. The research highlights that XRHealth software is safe, reliable, and engaging for patients while improving overall upper limb functionality. 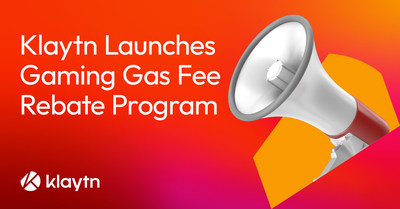 Currently, Klaytn has a gas fee delegation feature that allows companies or projects to pay for their users' gas fees. This feature addresses a crucial pain point for blockchain games in onboarding new users: one of the biggest user deterrents being the need to acquire cryptocurrency to foot gas fees before being able to play.

Given how gas costs can significantly accumulate with a sizeable user base, Klaytn designed its gas fee rebate program to enable gaming companies to focus on growing their ecosystems. Selected game companies will be eligible for a 100% offset of their gas fees incurred from January 2022 onwards, up to USD100,000 worth of KLAY per month per grantee. Paid in Klaytn's native token KLAY, the grant is derived from the Klaytn Growth Fund, which aims to grow the ecosystem of companies built on Klaytn.

With this initiative, Klaytn is tackling a long-standing issue preventing the wider adoption of Web3. Financial transactions in Web2 commerce tend to have their own "gas fees". However, such fees are paid by the merchant and effectively embedded in the price, leading many users to think that such transactions are free.

With Klaytn's gas fee delegation feature, and now the gas fee rebate program, Klaytn games can offer nearly the same user experience as traditional games. This makes it easier to onboard gamers new to web3, expanding the potential reach of the blockchain gaming ecosystem. A report by crypto.com highlights that the GameFi market remains comparatively small — with just over 1 million gamers and $1 billion in transactional volume. By 2025, this number is expected to grow 50-fold, but to do so it needs to expand to the untapped market of Web2 gamers, for whom the concept of gas fees may pose considerable friction.

David Shin , Head of Global Group, Klaytn Foundation, said " With our vision to enable an open metaverse for all, Klaytn aims to build a dynamic gaming ecosystem that allows players to truly own their in-game assets. Through our gas fee rebate program, we hope to provide more players with opportunities to explore the wonders of Web3 gaming."

Klaytn is a public blockchain focused on the metaverse, gamefi, and the creator economy. Officially launched in June 2019 , it is the dominant blockchain platform in South Korea and is now undergoing global business expansion from its international base in Singapore , led by the Klaytn Foundation.

These business expansion activities are supported by the Klaytn Growth Fund, which aims to grow the ecosystem of companies built on Klaytn. The fund is managed and disbursed by Klaytn Foundation, a non-profit organization to accelerate global adoption and ecosystem maturity on Klaytn.

Since unveiling its metaverse roadmap in early 2022, the Ethereum-equivalent L1 chain has seen many well-known companies come on board its metaverse—including game developer and publishing powerhouses: Netmarble, and Neowiz. It recently ramped up efforts to lay the foundation for the metaverse and to expand use cases.

Find out more at https://klaytn.foundation/ Almost $70,000 USD of Total Prizes to be Awarded to Event Winners

Today, Gods Unchained the leading web3 competitive card playing game, announced Gods Unchained Light's Verdict: Showdown - an esports influencer event that will bring together top players who will battle it out for bragging rights and the championship crown, as well as Battle for the Light - the highly anticipated, first series of global esports tournaments for Gods Unchained players.

As Strategic Advisor, Lin will offer support in business decisions to expand the company's web3 operation in the Americas

BAYZ a leading web3 game publisher responsible for bringing the future of gaming to the Americas, announces Kevin Lin as the company's Strategic Advisor. The executive is co-founder of Twitch, the largest game streaming platform in the world, and will participate in a series of BAYZ projects, supporting strategic decisions on expansion to North America and business model, as well as the development of new strategies on the web3 ecosystem. The arrival of Lin happens when BAYZ celebrates the first year of operation.