Louis Watum appointed General Manager of the Kipushi zinc-copper-silver project; also serves as President of the Chamber of Mines at the Federation of Enterprises of Congo

Ivanhoe Mines (TSX: IVN) (OTCQX: IVPAF) Co-Chairs Robert Friedland and Yufeng "Miles" Sun are pleased to announce that Kamoa Copper SA has appointed Ben Munanga as Chairman of its Board of Directors. Kamoa Copper is the Democratic Republic of Congo (DRC) operating company of the joint venture between Ivanhoe Mines, Zijin Mining Group, Crystal River and the Government of the DRC that is developing the Kamoa-Kakula Copper Mine.

Mr. Munanga has been the General Manager of Ivanhoe Mines Energy DRC (IVEN) - a sister company of Kamoa Copper that is responsible for delivering reliable, clean, renewable hydropower to the Kamoa-Kakula Copper Mine - since August 2015. 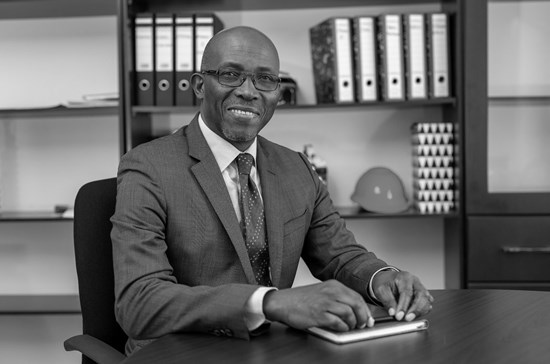 Mr. Munanga has served as the General Manager of Ivanhoe Mines Energy DRC (IVEN) since August 2015.

Prior to joining IVEN, Mr. Munanga was the Head of Power, Infrastructure & Bulk Services with Eurasian Natural Resources Corporation (ENRC) since 2009.

Mr. Munanga is an electrical engineer. He holds a Bachelor's Degree in Electrical Engineering from the University of Mons, Belgium. He currently is Chairman of the Energy Commission of the Chamber of Mines. Before joining the mining industry in 2006, he held various senior positions in Eskom, South Africa for 11 years.

In a concurrent move, Olivier Binyingo, Ivanhoe Mines' Vice President Public Affairs DRC, was appointed to the Board of Directors of Kamoa Copper to further enhance Kamoa Copper's collaboration with government partners and local communities.

Mr. Munanga replaces Louis Watum as Chairman of Kamoa Copper's Board of Directors. Mr. Watum has been appointed General Manager of Ivanhoe's Kipushi zinc-copper-silver project, a joint-venture with the DRC state-owned mining company La Générale des Carrières et des Mines (Gécamines). Mr. Watum also serves as President of the Chamber of Mines at the Federation of Enterprises of Congo (FEC).

"We would also like to acknowledge Ben for his excellent work in upgrading the Mwadingusha hydropower plant; a private-public partnership with the DRC's state-owned power company La Société Nationale d'Electricité (SNEL) that is providing clean hydro-generated electricity to the national grid for Kamoa-Kakula's Phase 1 and Phase 2 production, as well as local communities," Mr. Friedland said. "During his six-year tenure at Ivanhoe Mines Energy DRC, Ben has become a trusted leader. His knowledge of our businesses and proven ability to partner across the industry make him ideal to advance our efforts at Kamoa Copper."

"We are thrilled to have Ben and Olivier join Kamoa Copper's board of directors as we pursue our goal of building an enduring, responsible, multinational mining company. Both Ben and Olivier are passionate advocates of the DRC mining industry, and we believe they will provide valuable perspectives as Kamoa Copper continues its journey to becoming the world's greenest, major copper producer," Mr. Friedland continued.

"We're immensely proud of Kamoa Copper's outstanding commitment to social and environmental responsibility, as well as its significant investments in the development of policies and programs for workplace safety, diversity, community development, and education. We expect that this commitment will continue to strengthen under Ben's leadership," Mr. Friedland added.

"Mr. Watum's appointment as head of the Kipushi Project is evidence of Ivanhoe's intention of developing the mine in a timely fashion with the cooperation of our government partners and our host communities," said Mr. Friedland. 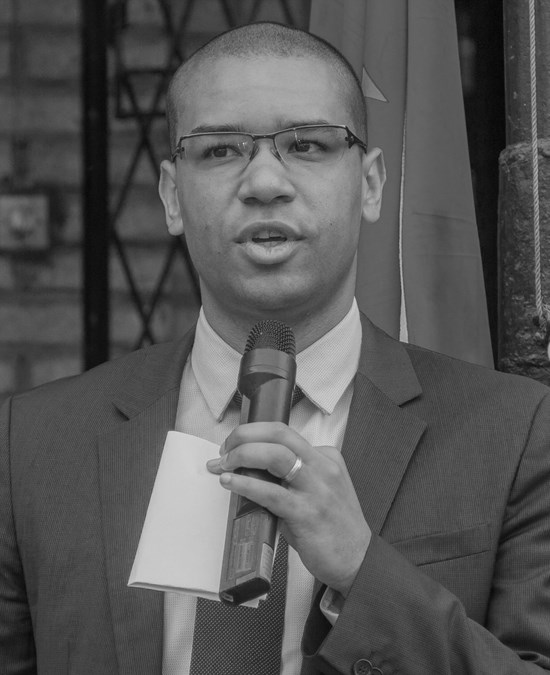 Olivier Binyingo, Ivanhoe Mines' Vice President Public Affairs DRC, also was appointed to the Board of Directors of Kamoa Copper. Mr. Binyingo joined Ivanhoe Mines in November 2020 with a focus on enhancing relationships with the DRC's public sector stakeholders of both the Kamoa-Kakula and Kipushi projects.

Olivier holds a Master of Laws from the Katholieke Universiteit Leuven (Belgium) and a Master in Security and Defence from the Université Grenoble Alpes (France).

Before joining Ivanhoe Mines, Mr. Binyingo held senior positions in a number of professional services firms, advising clients on their projects and operations on the African continent. Legal directory Chambers Global has consistently recognized Olivier as an expert on the Democratic Republic of Congo. In addition, he was ranked as one of the most influential lawyers in Francophone Africa in 2019 by Jeune Afrique.

Louis Watum joined Ivanhoe Mines in December 2014 as Managing Director of the company's operations in the DRC. In March 2015, he was appointed to the additional role of General Manager, Kamoa Copper SA.

Prior to joining Ivanhoe Mines, between 2010 and 2014, he successfully led the development and commissioning of Randgold's Kibali Project (Randgold's interest in Kibali subsequently sold to Barrick Gold), which followed his work on the launch of Moto Gold Mines' Moto Project from 2006 to 2009. He was the Operations Manager at the Yatela Gold Mine in Mali from 2001 to 2005.

Kamoa Copper Board of Directors

The Kamoa-Kakula Copper Mine is a joint venture between Ivanhoe Mines (39.6%), Zijin Mining Group (39.6%), Crystal River Global Limited (0.8%) and the DRC government (20%). Ivanhoe Mines and Zijin Mining are co-funding development of the project. Initial copper concentrate production from the Kakula Mine, the first of multiple mines planned on the 400-square-kilometre Kamoa-Kakula mining licence, is scheduled to begin this July.

Kamoa-Kakula is expected to begin producing copper in July 2021 and, through phased expansions, is positioned to become one of the world's largest copper producers. Kamoa-Kakula and Kipushi will be powered by clean, renewable hydro-generated electricity and will be among the world's lowest greenhouse gas emitters per unit of metal produced. Ivanhoe also is exploring for new copper discoveries on its wholly-owned Western Foreland exploration licences in the DRC, near the Kamoa-Kakula Project.

To view the source version of this press release, please visit https://www.newsfilecorp.com/release/79770

At the Meeting, a total of 215,554,654 common shares were voted, representing 40.69% of the votes attached to all outstanding common shares as of the record date. All nine nominees were elected to the Company's Board of Directors (the "Board"). The voting results were as follows:

Ivanhoe Mines (TSX: IVN) (OTCQX: IVPAF) stated today that it is unaware of any company-specific reason that might be contributing to the recent decline in the company's share price other than general market volatility.

On July 5, 2022, Ivanhoe will issue a second quarter production update on the Kamoa-Kakula Mining Complex, as well as a general operations update. In May, Kamoa Copper achieved record monthly copper production of 29,800 tonnes.

Lion Copper and Gold Corp. (TSXV: LEO) (OTCQB: LCGMF) ("Lion CG", or the "Company") announces that it has entered into a debt settlement agreement (the "Agreement") with a creditor dated June 22, 2022 whereby the Company has agreed to issue shares to settle debt in the amount of $100,000 owed to the creditor. The debt was incurred pursuant to an option Agreement between the Company and the creditor dated January 26, 2022. Pursuant to the Agreement the Company will issue 1,212,121 common shares of the Company at a deemed price of $0.0825 per share to the creditor.

The issuance of the common shares in connection with the debt settlement is subject to the approval of the TSX Venture Exchange and will be subject to a four-month hold period.

Getchell Gold Corp. (CSE: GTCH) (OTCQB: GGLDF) ("Getchell" or the "Company") is pleased to announce the engagement of Apex Geoscience Ltd. ("Apex") of Edmonton, AB, to conduct a resource estimation ("2022 Resource Estimate") for the Fondaway Canyon gold project in Nevada.

Hudbay Minerals Inc. ("Hudbay" or the "company") ( TSX, NYSE: HBM) today announced that mining activities at the company's 777 mine in Flin Flon, Manitoba, have concluded after the reserves were depleted following 18 years of steady production. Closure activities at the 777 mine have commenced and employees and equipment are transitioning to the company's operations in Snow Lake, Manitoba.

"777 was a state-of-the-art mine that represented the pinnacle of a century of shared success for Hudbay and Flin Flon," said Peter Kukielski, Hudbay's President and Chief Executive Officer. "Though the closure of 777 marks the end of a mining era in Flin Flon, we will continue with exploration activities in the region. We care deeply about the community and creating a bright future for mining in northern Manitoba. Hudbay's transition to Snow Lake will help deliver that future and demonstrate our commitment to being a valued member of our communities."

High Impact Drilling to Commence at the Storm Copper Project