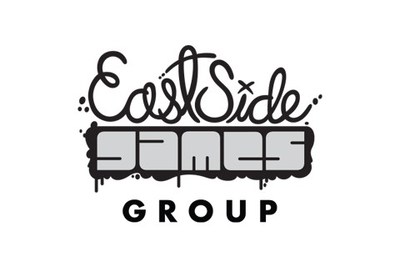 In addition to the storylines and characters from Star Trek: Lower Decks , the mobile game includes characters and stories from across the franchise, reimagining them for fans through the lens of the show. The game is part of a multi-year partnership with Paramount Consumer Products, utilizing ESGG's proven Game Kit-Idle technology. It has been co-developed by East Side Games (" ESG ") and Mighty Kingdom Limited (" MK ") and published by ESG.

The free-to-play mobile game features the style and humour that has captivated the show's audience, transporting players into the Star Trek Universe.

"There's a long history of taking Star Trek shows and making Star Trek things, and this game is more than just a "thing" – it's a neat thing! I love that it's a game with narratives, so you can hop on your phone and get a little slice of Lower Decks on the go," says Mike McMahan , creator and showrunner of Star Trek: Lower Decks.

Not only has the game been an exciting addition to the ESGG catalogue, but it's also been a hit with players as well. Earlier this year, the title was soft launched in limited markets including Canada , Australia , New Zealand , Philippines , Sweden , Denmark , Norway and Finland .

The game is now available in all major markets across the globe. Players can download and play now.

"Being able to bring such a beloved franchise to the mobile game space is an honour for all of us at ESGG. We are fans first so as passionate members of the Star Trek following, this is particularly exciting for us," said Jason Bailey , Chief Executive Officer of ESGG. " Star Trek: Lower Decks - The Badgey Directive is another top-tier IP franchise adding to what has already been a record-breaking year for ESGG."

Visual assets for the game, including key art and logos, can be found in the online press kit . The trailer for Star Trek: Lower Decks - The Badgey Directive is available here .

ABOUT EAST SIDE GAMES GROUP

Additional information about the Company continues to be available under its name, East Side Games Group Inc., at www.sedar.com .

STAR TREK: LOWER DECKS streams exclusively on Paramount+ in the U.S. and Latin America and is distributed concurrently by ViacomCBS Global Distribution Group on Amazon Prime Video in Australia , New Zealand , Europe , Japan , India and more and in Canada , airs on Bell Media's CTV Sci-Fi Channel and streams on Crave.

Mighty Kingdom delights more than 7 million players every month and designs game experiences with the world's most recognised brands such as LEGO, Disney, Mattel, Funcom, Moose Toys, Spinmaster and more, as well as developing its own original games. Our portfolio of games is crafted from our Adelaide headquarters, with a diverse team of more than 140 developers from across Australia . Led by a desire to engage and delight players, we make exceptional experiences that connect our diverse talent with millions of people around the world. We make games with heart. We Love Fun. We want to share it with the world. We want you to be part of it.

Human game observers are a vital part of the Esports industry. They use extensive domain knowledge to decide what to show to the spectators. However, they may miss important events, necessitating the need for automatic observers. Researchers from South Korea have recently proposed a framework that utilizes an object detection method, Mask R-CNN, and human observational data to find the 'Region of Common Interest' in StarCraft—a real-time strategy game.

Dubai marked the conclusion of the inaugural Dubai Esports Festival (DEF 2022), held under the patronage of His Highness Sheikh Ahmed bin Mohammed bin Rashid Al Maktoum Chairman of the Dubai Media Council on 20 th November. Held at the Dubai Exhibition Centre in Dubai Expo City between 9 and 20 November, DEF2022 was hosted by Dubai Festivals and Retail Establishment (DFRE) in partnership with VSPN, a global leader in esports activities and solutions, and presenting partner, du. 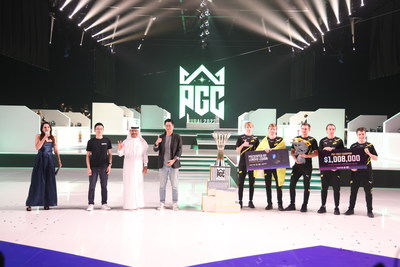 Reinforcing Dubai's position as a hub for technology, innovation, events and tourism, the Festival brought together leading gamers, esports thought leaders and fans from across the world. The 12-day Festival's concluding day featured the championship round of the inaugural PUBG Global Championship 2022 Grand Finals, which saw Team Natus Vincere crowned winners and Team 17 coming in second.

DEF 2022 kicked off with the two-day Initiate Summit, a groundbreaking B2B learning and networking platform for esports and gaming industry professionals, developers and creatives. The Summit was held in collaboration with Dubai World Trade Centre (DWTC) and Dubai Media City, a member of TECOM Group, the event's Knowledge Partner. The oversubscribed first edition of the Summit welcomed over a thousand participants and more than 60 industry and esports thought leaders, showcasing Dubai's appetite for growth in the esports sector.

Organised in collaboration with DWTC and Alanza Trading, GameExpo and PopConME kicked off on the second day as two of the Festival's key attractions. GameExpo and PopConME featured some of the biggest Hollywood celebrities, special meet-and-greet sessions, exclusive workshops, movie screenings, international artists and creators, artist alley, cosplay competition offering a prize of Dh75,000 to the winner, gaming competitions and esports tournaments.

During the four-day GameExpo, three grassroots esports tournaments took place in collaboration with global gaming titles, including Minecraft and Honor of Kings, as regional esports competitors and youth gamers took to the stage to show off their skills and win prizes worth up to $25,000 . Rounding off the inaugural Festival, popular Egyptian artist Wegz performed live in concert with an electrifying musical showcase.

DEF 2022 catered to gamers, families, friends, art and music lovers, industry professionals, and esports experts as part of its first edition with the aim of uniting and developing the gaming and esports communities in Dubai and the region.

Leaders in interactive gaming, The Secret City are set to launch a new collection of outdoor experiences in the US, bringing their immersive real-world adventures to cities across The States.

For over half a decade, The Secret City have been using technology to create interactive puzzle-filled hunts through interesting and historic cities worldwide. The games are a blend of walking tours and outdoor escape rooms, all playable from any phone. They allow players to discover the highlights and hidden gems of their cities while simultaneously collaborating in teams to beat challenges and top the leaderboard. Top-rated local businesses are recommended along the way for teams to take a break and indulge in great food and drinks.

Pojifi has proudly announced that it has recently launched the ultimate game controller with a high-tech app to adjust the parameters. This all-new Pojifi Wireless Gaming Controller is officially called the Pojifi-AL-NS2080 Detachable Light Up Gaming Controller and it is equipped with a wide range of features and benefits. Founded in 2016 in China, Pojifi is a high-tech enterprise integrating research, design, development, manufacturing, and sales.

The Los Angeles -based company set out with a mission to empower gamers with data sovereignty via gaming credentials. "Gamer activities span across devices, platforms, and into real life. However, their time, effort, and money spent remain data points scattered across isolated ecosystems, with limited value to gamers." Says Victor Yu, CARV's co-founder and COO. "By creating the infrastructure to piece these breadcrumbs together, we are unlocking tremendous opportunities in how gamers interact in the gaming universe." Gamers now own and self-sovereign their data, with which they can achieve their hard-earned achievements and be recognized for community contribution on CARV.IO . Moreover, gamers can explore the semantic discovery of friends & games, and unlock credential-gated gaming premiums and governance privileges based on their past gaming experience.

XP League the first and largest esports franchise in North America has announced a new partnership with Canadian pro team Parabellum Esports . Through this partnership, select XP League teams will be able to play under the Parabellum name and wear their jersey helping to cement XP League as the premier youth esports organization that aligns with professional esports.

Court Date Has Been Scheduled for Aznalcóllar Criminal Trial

ACME Lithium to Present at the Emerging Growth Conference 45