Toronto, ON TheNewswire May 17, 2021 – Otso Gold Corp. is pleased to announce the following update on its drilling program. As announced on April 7, 2021, the Company has been completing the second phase of its infill drilling campaign to define an intial mining plan and the planned release of an updated NI 43-101 Technical Report in June 2021 in advance of the planned restart of production in Q3 2021. The Company …

As announced on April 7, 2021, the Company has been completing the second phase of its infill drilling campaign to define an intial mining plan and the planned release of an updated NI 43-101 Technical Report in June 2021 in advance of the planned restart of production in Q3 2021.

The Company has completed 5,300m of drilling since mid 2019 with over 3,000m of the planned 4,500m completed of its Phase Two drilling program. The balance of the drilling, sampling and assaying is expected to be completed during the next month. The Company has had between three and four drilling rigs on site over the last few weeks. To manage the drilling program and prepare for the return to production, the Company has built a team of six geologists on site including highly experienced staff and supported by Warren Pratt and Boyd Geologists.

The below figure shows the drilling completed to date: 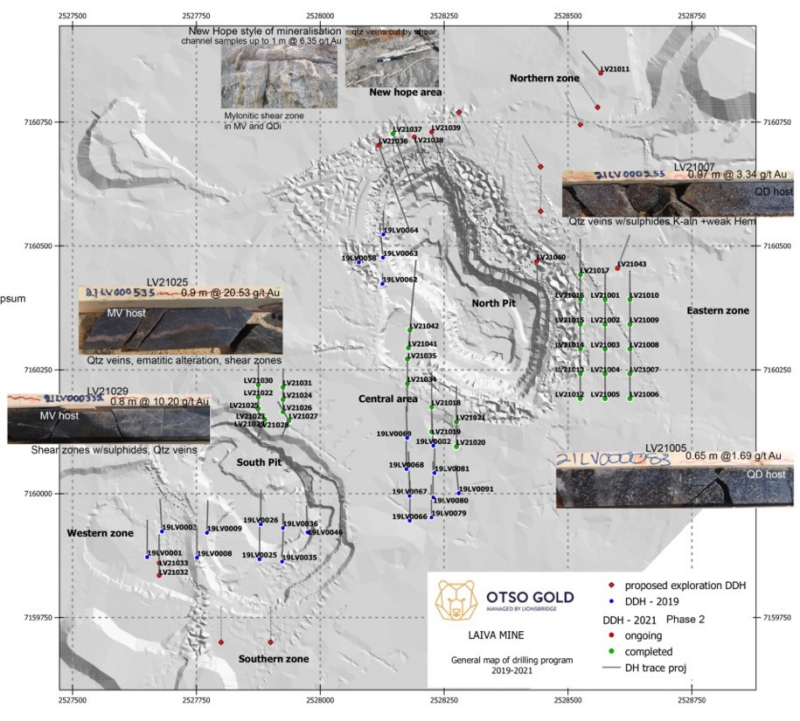 Figure 1 – Map showing the advances of the current drilling program

Assays for much of the drilling are pending, but highlights of the results received thus far include:

The Phase Two drilling campaign is focused on the resulting planned publication of the Technical Report defining sufficient resources to support an inital mine plan of ~3Mt, for the restart of production in Q3 2021. The feasibility study, progressing in parallel with the return to production, is currently expected in August 2021 and is expected to further upgrade and extend the resources and define a further life of mine plan encompassing an increased pit footprint of up to four times the existing pit shells. As previously announced, John T Boyd have been appointed as independent technical consultants to complete both the Technical Report and the Feasibilty Study.

Drilling is currently focused in an area within 500m of the edges of the two existing pits, infilling lateral extensions of the shear hosted structures to the east and west of the red shear. The structures remain open on strike and are known to extend to 250m below surface as confirmed by deep drilling below the south pit. The Company observes that the mineralization is similar to major operations such as Red Lake (Canada) and Boddington (Australia).

The ongoing drill program is confirming the continuity of the mineralized structures outside the pit area, with well-defined trends, roughly NW-SE. The style of the minerlization consists of steeply-dipping sheeted quartz vein systems and shear zones bearing sulphides in meta-volcanics and quartz-diorite hosts.

The core is analysed using cyanide leach with AA finish. Fire assays are used for comparative analysis to CN soluble determinarions. Overall, CN soluble gold represents approximarely 95% of total contained gold for this deposit demonstrating the conservative nature of the results, presented below (bolded to indicate highlights above).

Significant drill intercepts, defined as any mineralisation of 1 metre lengths or longer, are presented in the tables above.

The technical disclosure in this news release has been reviewed and approved by Gregory B. Sparks P.Eng, a Qualified Person as defined by National Instrument 43-101.

The Company cautions that it has not defined or delineated any proven or probable reserves for the Otso Gold Mine Project and mineralization estimates may therefore require adjustment or downward revision based upon further exploration or development work or actual production experience. Mineral resources that are not mineral reserves do not have demonstrated economic viability.

Otso Gold Corp. wholly owns the Otso Gold Mine near the Town of Raahe, Finland. The

Otso Gold Mine is fully built, fully permitted, has all infrastructure in place, two open pits

and is progressing towards a restart at 2 million tonnes per annum throughput.