Golden Independence Mining Corp is pleased to announce the final series of drill results from its recently completed 2020 resource expansion drill program at the Independence project, south of Battle Mountain, Nevada. Results from these four reverse circulation holes consist of three of four holes targeting the main oxide zone and one wildcat exploration hole and include: 0.59 gt gold and 8.3 gt silver over 240 feet …

“Results from these holes, including the last three holes targeting the main oxide horizon in the Phase I program, include 1.23 g/t gold and 15.6 g/t silver over 55 feet, within a longer 240 foot interval of 0.59 g/t gold and 8.3 g/t silver extending the zone to depth to the west.” commented Golden Independence President Tim Henneberry. “All results from the Phase I RC program have now been released. Phase II will commence shortly and focus on further resource expansion along with follow up of the significant intersections in holes AGEI-32 and AGEI-47.” he concluded.

“Golden Independence has completed 36 RC holes as well as 5 core holes since acquiring the Independence project. Results from these holes combined with results from 56 previously drilled RC holes not included in the 2010 Historical Resource will be used to generate a new expanded NI 43-101 compliant resource for the project expected later this quarter, a significant milestone for the Company.” stated Golden Independence CEO Christos Doulis. “Delineation of additional near surface high grade material such as that encountered in hole AGE-32 will be a significant focus of our next drill campaign at the Independence project.” he continued. 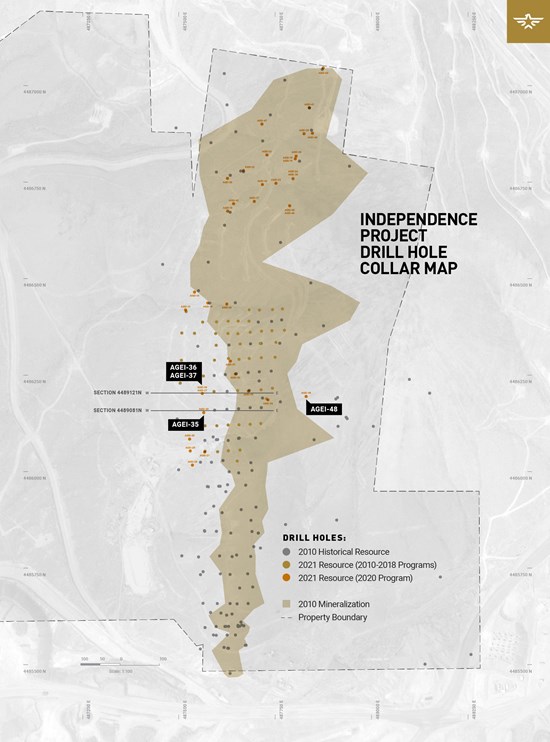 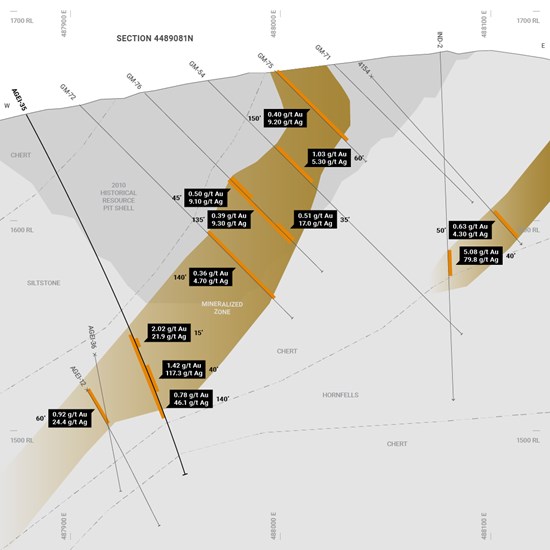 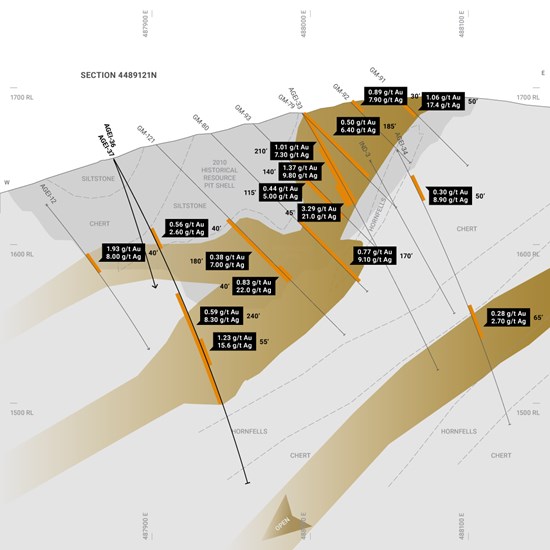 All samples were shipped to the ALS Minerals prep lab in Elko, Nevada with analyses completed at the ALS Minerals Lab in Reno, Nevada. Both facilities are ISO 9001:2015 and ISO/IEC 17025:2017 certified. All samples are analyzed utilizing ALS ME-ICP41 procedure, an aqua regia digestion with ICP-AES finish, with gold determined by the Au-AA23 procedure, a 30-gram fire assay with AAS finish. ALS Minerals is independent from Golden Independence. Golden Independence institutes a rigorous QA/QC program of duplicate samples, blanks and standards. Based on a review of the QA/QC data is not aware of any other factors that could materially affect the accuracy or reliability of the data referred to herein

Golden Independence Mining Corp. is an exploration company currently focused on exploring the advanced-stage Independence property located in the Battle Mountain-Cortez Trend, Nevada and the Champ precious metal property near Castlegar, British Columbia. The Independence property benefits from over US$25 million in past exploration, including over 200 holes drilled, and is located adjacent to Nevada Gold Mines’ Phoenix-Fortitude mining operations in the Battle Mountain-Cortez trend of Nevada.

To view the source version of this press release, please visit https://www.newsfilecorp.com/release/80328