FireFox Gold Corp. is pleased to announce that the summer exploration program has successfully generated a series of drill targets throughout its extensive gold property portfolio in the Central Lapland Greenstone Belt of Finland . The FireFox technical team, including the experts at GoldSpot Discoveries has completed a ranking of the various targets to guide an aggressive drilling program, which the Company intends …

FireFox Gold Corp. (“FireFox” or the “Company”) is pleased to announce that the summer exploration program has successfully generated a series of drill targets throughout its extensive gold property portfolio in the Central Lapland Greenstone Belt (“CLGB”) of Finland . The FireFox technical team, including the experts at GoldSpot Discoveries (TSXV: SPOT) (“GoldSpot”), has completed a ranking of the various targets to guide an aggressive drilling program, which the Company intends to commence this fall starting at the 100% owned Mustajärvi Gold Project (“Mustajärvi” or “the Project”). 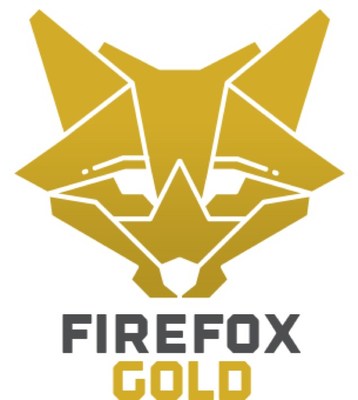 Mustajärvi is FireFox’s most advanced project. The Company has completed two previous drilling campaigns, with multiple intervals of high-grade gold intersected, and mineralization remaining open in three directions and down-dip.

Dr. Richard Goldfarb , Technical Advisor for FireFox, noted the prospectivity of this southern portion of the CLGB where FireFox, Rupert Resources, B2 Gold, and Aurion Resources are actively exploring: “The southern part of the Kittilä terrane is marked by the structurally complex Sirkka-Venejoki system of faults that has been long noted as related to numerous gold occurrences. Recent drilling activity on these anomalies in this structural corridor by a number of companies clearly indicates that the area comprises a part of the Central Lapland Greenstone Belt that is highly prospective for the discovery of large orogenic gold deposits.”

Dr. Goldfarb went on to comment on the discovery potential seen at Mustajärvi: “FireFox’s Mustajärvi occurrence comprises gold-bearing veins along a sedimentary-volcanic rock contact within the trans-crustal Venejoki Fault. Two concealed rigid gabbro bodies on opposite sides of the fault, to the southwest of any past workings, represent distinctive sites of heterogeneous stress that are typical of environments world-wide hosting major orogenic gold deposits. Structures reflecting highly fractured intrusive rock identified from geophysical modeling now indicate some very exciting drill targets in this part of Mustajärvi .”

Additional details on the fall drilling program will be provided in the coming weeks.

The Mustajärvi Project is situated approximately 17 kilometres east of the town of Kittilä in flat, glacial till-covered terrain occupying high ground that is reached via paved highway, making it easily accessible for a fall drill campaign.

FireFox has completed extensive work at Mustajärvi, including: detailed ground magnetics, an induced polarization (“IP”) survey, extensive bottom-of-till (“BOT”) drill sampling, a small amount of trenching, and two separate diamond core drilling campaigns in 2018 and 2019. Highlights of the previous drilling campaigns include the discovery of several intervals of high-grade gold mineralization as well as lower grade gold intersections in most of the drill holes:

Outcrop is rare in this part of Lapland. At Mustajärvi, glacial till and other sediments average approximately 3 metres in depth. The historical prospect was discovered by Outokumpu Oyj in the 1990s based on exceptionally high gold content in local till. The abundant native gold in till attracted artisanal gold miners, who exploited small surficial deposits, exposing outcrop in the shallow open pits. The surface mineralization is typical of other orogenic gold occurrences in the southern part of the belt. These are typically hosted by albitized mafic-ultramafic metavolcanic and clastic metasedimentary rocks, where the gold is associated with pyrite- and telluride-bearing quartz and quartz-tourmaline veins. Previous owners Outokumpu Oyj and Aurora Exploration Oy (“Aurora”), in, respectively, 1990-1992 and 2017, conducted ground geophysical surveys (magnetic, IP, and self-potential), trenching, systematic till geochemistry, and drilled 12 shallow diamond drill holes to depths up to 72 metres.

While the Company believes the preceding historical drilling and sampling data are reliable, readers are cautioned that a “qualified person” (as defined by National Instrument 43-101) has not yet completed sufficient work to be able to verify the historical information, and therefore the information should not be relied upon.

FireFox geologists later confirmed the presence of high-grade gold in surface channel samples, which were reported in a Company news release dated Jan 3, 2019 . There were 33 chip samples collected from a vein system and adjoining wallrock over 45 metres of strike. These samples ranged from

The 2020 summer field program included significant mapping and prospecting activity across the FireFox portfolio of properties. In addition to FireFox geologists, GoldSpot dispatched a senior structural geologist to join the FireFox field teams. At Mustajärvi, the team excavated eight trenches/test pits on the western end of the property in an attempt to reach bedrock. Only four of the trenches reached bedrock, and in these cases, geologists observed gabbroic rocks with several parallel quartz veins, with strong alteration halos surrounding the veins. The most significant gold result was 296 ppb, from a till sample taken at a depth of 4 metres.

The integrated effort between FireFox and GoldSpot has improved confidence in several geophysical anomalies, especially where they coincide with prospective structural features and geochemical anomalies in BOT samples. Target area 1 is located in the western part of the license, approximately 900 metres southwest from the known mineralization. The target is associated with a rheologically competent gabbro which offers a strong contrast with the surrounding metasediments. The competent gabbro appears to have accommodated deformation by fracturing, and it is located at an intersection of regional structures observed in magnetics, the southwest continuation of the Mustajärvi shear zone, and northwest-striking D3 faults. This target area is also associated with anomalous gold, tellurium, and bismuth in till.

Target area 2 is located on the northern side (footwall) of the main Mustajärvi mineralization where anomalous till values (elevated gold, tellurium, and bismuth) are closely associated with geophysical conductors parallel and in close proximity to known auriferous veins. Target area 3 is located within a structurally complex setting in central Mustajärvi, where the main shear zone deflects, apparently influenced by other northeast-trending faults. It is also coincident with a plunging IP (chargeability) anomaly and gold nugget anomalies in the down-ice direction.

For additional details on the Project, please visit the Company’s website www.firefoxgold.com .

Dr. Petri Peltonen , Exploration Manager of FireFox Gold, is a qualified person as defined by National Instrument 43-101 – Standards of Disclosure for Mineral Projects (“NI 43-101”). Dr. Peltonen has supervised the collection and interpretation of the technical data generated in the Company’s field program and has helped prepare, and approves, the technical information in this news release.

Patrick Highsmith , Certified Professional Geologist (AIPG CPG # 11702) and director of the Company, is a qualified person as defined by NI 43-101. Mr. Highsmith has helped prepare, and approves, the technical information in this news release.

FireFox Gold Corp is listed on the TSX Venture stock exchange under the ticker symbol FFOX. The Company is focused entirely on gold exploration in Finland where it is exploring its project portfolio that includes over 170,000 hectares of prospective ground.

Finland is one of the top mining investment jurisdictions in the world as indicated by its multiple top-10 rankings in recent Fraser Institute Surveys of Mining Companies. Having a strong mining law and long mining tradition, Finland remains underexplored for gold. Recent exploration results in the country have highlighted its prospectivity, and FireFox is proud to have a Finland based CEO and technical team.

For more information, please refer to the Company’s website and profile on the SEDAR website at www.sedar.com .

The information herein contains forward looking statements that are subject to a number of known and unknown risks, uncertainties and other factors that may cause actual results to differ materially from those anticipated in our forward-looking statements. Factors that could cause such differences include: changes in world commodity markets, equity markets, the extent of work stoppage and economic impacts that may result from the COVID 19 virus, costs and supply of materials relevant to the mining industry, change in government and changes to regulations affecting the mining industry.