35 RC drill holes completed with gold discoveries confirmed at both Diplomat and Treasure Endurance Gold Corporation is pleased to provide initial assay results from the reverse circulation drill program at its Reliance Gold Property in southern British Columbia. Gold assay results from the first five of the total thirty-five RC holes have identified a new high-grade gold discovery at the Diplomat Zone and have also …

Endurance Gold Corporation (TSXV: EDG) (the “Company”) is pleased to provide initial assay results from the reverse circulation (“RC”) drill program at its Reliance Gold Property (the “Property”) in southern British Columbia. Gold assay results from the first five (5) of the total thirty-five (35) RC holes have identified a new high-grade gold discovery at the Diplomat Zone and have also demonstrated that the Treasure Shear is a gold mineralized structure. Both discoveries significantly open up new exploration potential on the Property. The Property is located 4 kilometres (“km”) east of the village of Gold Bridge with year-round road access, and 10 km north of the historic Bralorne-Pioneer Gold Mining Camp which has produced over 4 million ounces of gold.

“These encouraging results from the first-ever documented drill testing of the Diplomat Zone and the Treasure Shear dramatically expand the exploration potential for the Reliance Property. The high-grade intersection at Diplomat is a new discovery and further demonstrates that Reliance hosts a largely unexplored “Epizonal” Orogenic gold mineralizing system over the two-kilometer long Royal Shear-Treasure Shear trend” stated Robert Boyd, CEO of Endurance Gold “In addition, we are encouraged that our initial pXRF scanning of all the other 2021 RC drill holes suggest potential for further encouraging gold intersections, once assayed.”

The Treasure Shear is a northeast southwest trending geographic linear feature located parallel to and about 300 meters east of the Royal Shear and is interpreted as the footwall bounding structure for the Royal Shear complex, a deep-seated regional structure. The Treasure Prospect is located 465 m northwest of the Imperial Zone and 875 m northwest of the Eagle Zone where a portion of the Treasure Shear is exposed in a road-cut. Three RC holes tested this structure with gold results reported herein on the first of these three drill holes. RC21-021 intersected 1.6 gpt Au over 6.1 m commencing at 35.05 m downhole. This intersection confirms that the Treasure Shear has potential to host wide zones elevated in gold similar to the Royal Shear and provides largely untested strike potential of an estimated two km. Location of the 35 RC Holes completed in 2021 are appended below or available here.

Portable X-Ray Fluorescence (“pXRF”) Arsenic Results – pXRF of the RC reference samples has identified significantly enriched arsenic (“As“) in 22 of the 35 RC drill holes completed. Gold and ICP analysis has only been completed on five (5) of these twenty-two (22) holes as summarized above. The widest and strongest arsenic mineralized intervals identified with the pXRF to date are summarized in the table below:

As reported in May 10, 2021, pXRF As-enriched zones have been identified on the Treasure Prospect, the Diplomat Zone, and in step out drilling at the Eagle Zone. Not previously reported is the identification of a pXRF elevated arsenic at the Crown Zone, located between the Eagle and Imperial Zones and an additional RC hole completed recently at the Imperial Zone. Location of the gold and pXRF arsenic intersections for the Diplomat Zone and Treasure Prospect are appended below or available here. Location of the pXRF arsenic intersections for the 2021 RC Holes at the Eagle Zone are appended below or available here.

As reported on January 6, 2021, the pXRF technique does not report quantifiable gold but previous work by the Company has shown that arsenic has a strong positive correlation with gold mineralization on the Reliance Property. The drill assay results reported on March 16, 2021 from the Company’s 2020 RC program, and the gold assay results reported in this release, confirmed the pXRF arsenic intervals ultimately identified gold mineralized intervals at the Eagle, Imperial, Diplomat and Treasure Zones.

Property Activity – The planned RC drill program is now complete with a total of 35 holes completed. Some of the proposed RC holes have been deferred to a diamond drilling campaign later in the season due to water inflow problems which may impact RC sample quality and the presence of intrusive dykes which will need to be better constrained with diamond drilling. A total of 758 RC samples from 29 remaining RC holes drilled have been submitted to the laboratory for gold assay and multi-element ICP analysis. Complete gold assay results will be reported when received. The 3DIP geophysical crew completed their survey and demobilized from the Property. Results from the RC drilling and 3DIP geophysics will be used to assist in defining and prioritizing diamond drill targets for later in the season. A program of soil and biogeochemistry will commence shortly.

RC samples were collected under the supervision of a geologist at the drilling rig. Drilling was completed using a 3.5 inch hammer bit and rock chip samples were collected using a cyclone. Sample size were reduced to 1/8th size with a riffle splitter at the drilling rig. A second duplicate split and coarse chips were collected for reference material and stored. All RC samples have been submitted to ALS Global in North Vancouver, BC, an ISO/IEC 17025:2017 accredited laboratory, where they are crushed to 70% <2 mm then up to 250 gram pulverized to <75 microns. Samples are then submitted for four-acid digestion and analyzed for 48 element ICP-MS (ME-MS61) and gold 30g FA ICP-AES finish (AU-ICP21). Over limit samples returning greater than 10 ppm gold are re-analyzed by Au-GRA21 methodology and over limit antimony returning greater than 10,000 ppm Sb are re-analyzed by Sb-AA08 methodology. The pXRF analysis was conducted by a Company geologist at the project site within 24 hours of drilling on the complete 1/8th duplicate split reference material. An Olympus Vanta XRF Analyzer was used for the analysis which is capable of measuring elements from concentrations as low as single parts per million (ppm). The work program was supervised by Darren O’Brien, P.Geo., an independent consultant and qualified person as defined in National Instrument 43-101. Mr. O’Brien has reviewed and approved this news release. 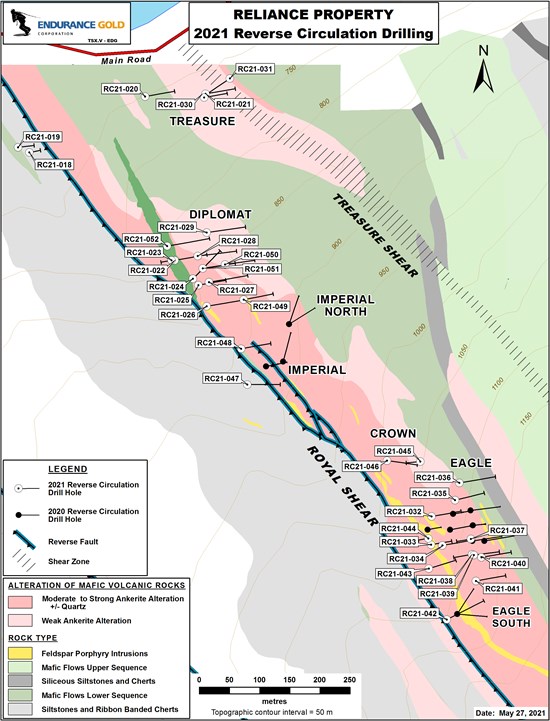 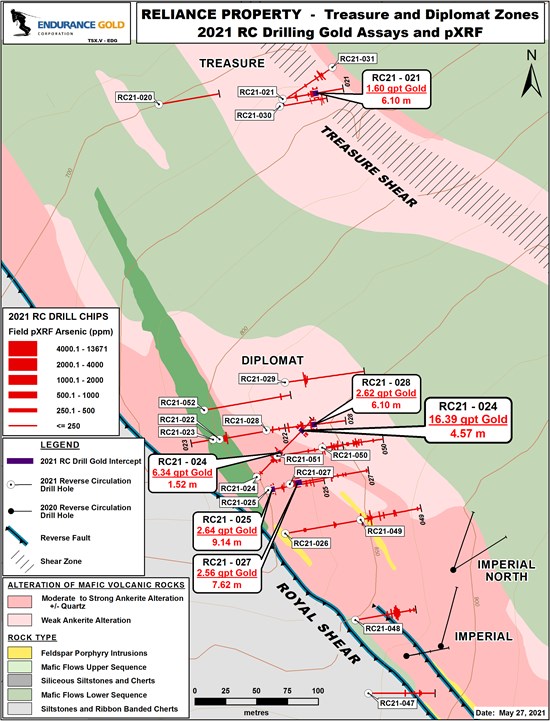 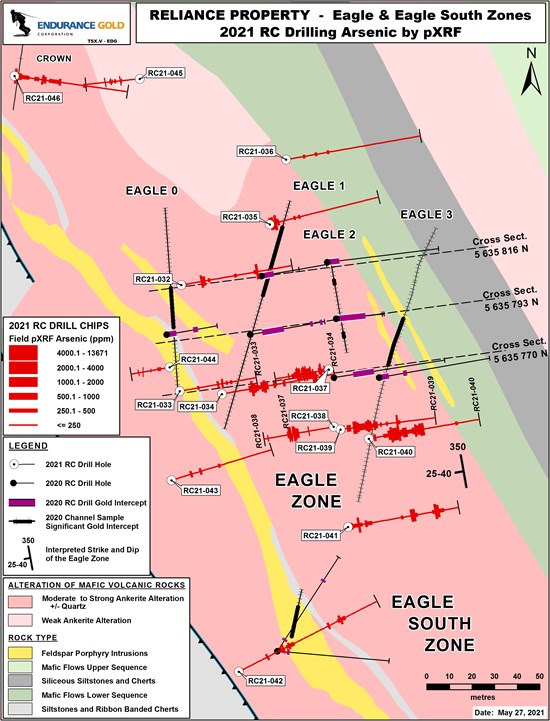 To view the source version of this press release, please visit https://www.newsfilecorp.com/release/85479