Endurance Provides Update on Diamond Drilling at the Reliance Property

Endurance Gold Corporation (TSXV: EDG) (the "Company") is pleased to report an update on the diamond drilling program at the Reliance Gold Property (the "Property") in southern British Columbia. The Property is located 4 kilometres ("km") east of the village of Gold Bridge with year-round road access, and 10 km north of the historic Bralorne-Pioneer Gold Mining Camp which has produced over 4 million ounces of gold.

The Company's has now completed a total of 4,329 metres ("m") with a total of twenty-two (22) diamond drill holes at the Eagle and Imperial Zones. This final meterage exceeds the planned 4,000 m program announced in August 2021.

Eagle Zone - Based on the initial core logging, all eleven (11) holes at the Eagle Zone have intersected brecciated siltstones and basalts exhibiting strong sericite-ankerite alteration healed with 1-3% pyrite veinlets over intervals up to 100 m in core length. Lithological contacts are often sheared and healed with silicification and more localized quartz-pyrite-arsenopyrite-stibnite sulphidation and veining with some of these zones observed up to 25 metres in core length.

The Eagle Zone is interpreted as an intensely altered shallow thirty-five degree southwest dipping, northwest striking brittle shear breccia structure with mineralization consisting of pyrite-pyrrhotite-arsenopyrite-stibnite replacement and silicification of intensely ankerite-sericite-clay altered mafic volcanic and sediments. Towards the southeast there is an observed increase in altered fine-grained sediment host rock and the Eagle Zone is interpreted to dip into the Eagle South Zone.

Eagle South Target -Five holes in the current program tested this target which immediately adjoins the Eagle Zone. On surface this consists of a 50 to 100 m wide ankerite-sericite-sulphide alteration zone within a melange of intensely altered volcanics, sediments and possibly chert (see press release of October 28, 2021). In diamond drill core extensive sulphide mineralized quartz breccia is observed and interpreted to be either chert or an early pervasive silicification event that has been subject to brittle deformation with later sulphide introduction into the breccia matrix. Some more restricted portions of these quartz-breccia zones have arsenopyrite and/or stibnite as a sulphide component over widths of up to 25 m. The estimated true width and dip of the observed quartz breccia in this area has not yet been determined. A photographic compilation of a wide sulphide altered interval and selected highlights of the breccia textures from DDH21-20 is appended below as Figure 3 and Figure 4. There has been no drill testing of the Upper Eagle target during the current drill program.

Imperial Zone Drilling - Four (4) diamond drill holes were completed at the Imperial Zone to get a complete structural, alteration and mineralized section along strike and at depth. As reported on September 27, 2021 three holes were drilled at -45 degrees on different azimuths at approximately 100 m below surface along about 100 m of strike. A fourth drill hole at minus 82 degrees also intersected the Imperial Zone at about 203 m depth at about 150 m step-out down-dip from the intersection elevation of the first three diamond drill holes. A plan map location of these holes is included with the prior release. The interpreted Imperial Zone iron carbonate-sericite alteration, sulphide alteration, silicification and breccia in strongly altered mafic volcanics has been observed in intervals between 10 m and 25 m in each of the four holes with continuity at the same structural and stratigraphic location. In addition two (2) holes tested the potential shallow extensions to the southeast of the Imperial Zone and the Imperial North Zone.

The original planned drill testing at the Crown Zone has been deferred until a future drill program.

The 2020 and 2021 work program is supervised by Darren O'Brien, P.Geo., an independent consultant and qualified person as defined in National Instrument 43-101. Mr. O'Brien has reviewed and approved this news release. 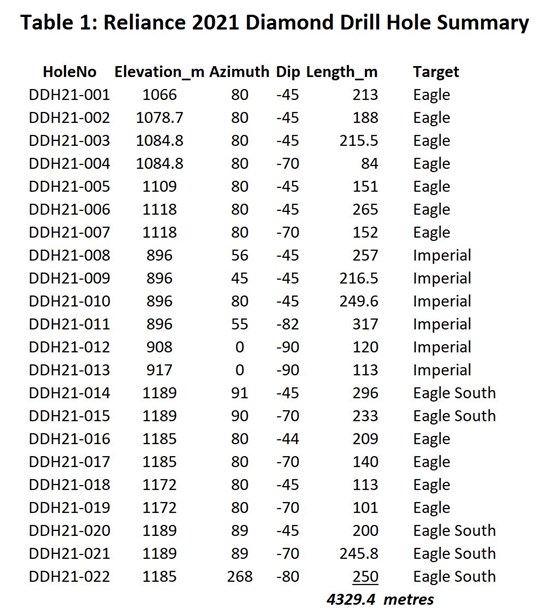 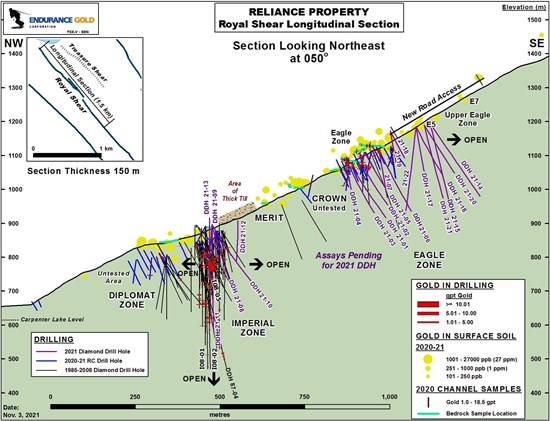 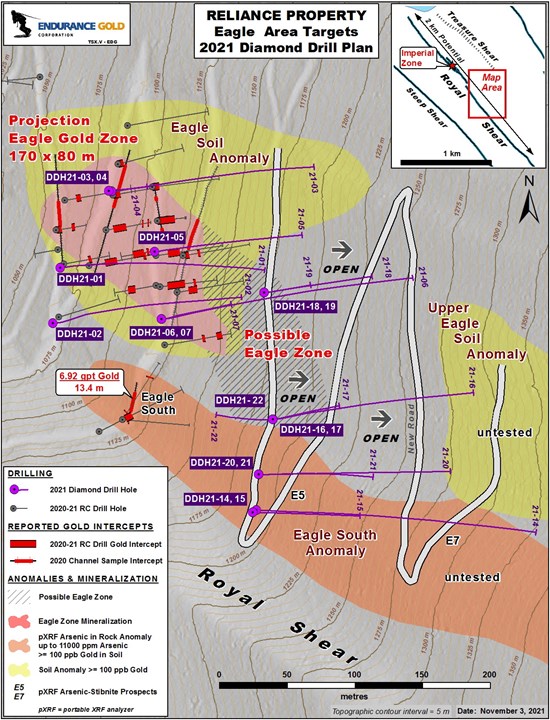 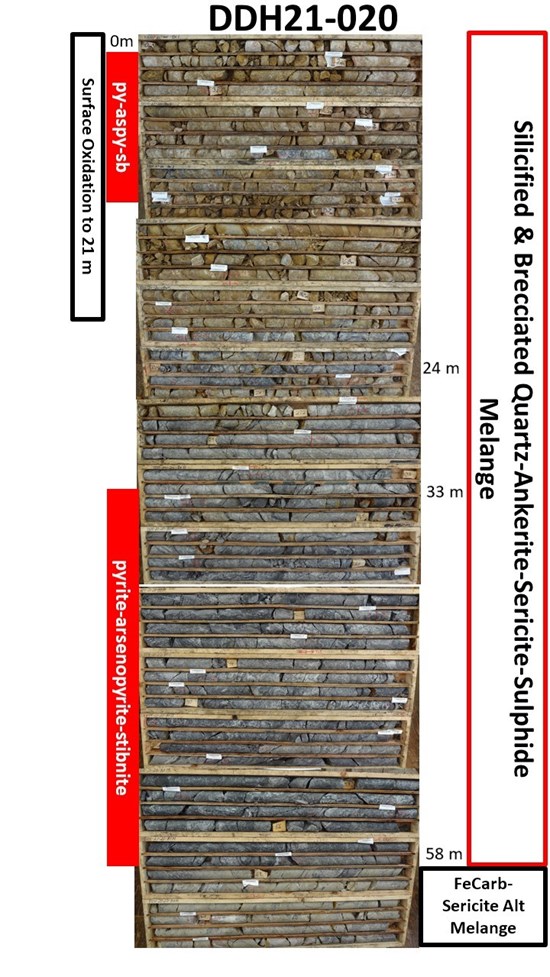 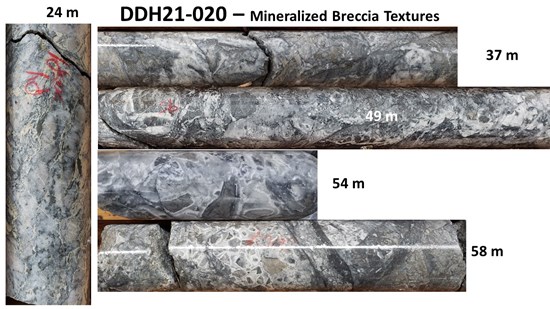 To view the source version of this press release, please visit https://www.newsfilecorp.com/release/101827

"It's a difficult situation," he said at the recent Vancouver Resource Investment Conference (VRIC). "I am very bearish, not necessarily on commodity prices, but on the whole resource space and the ability of companies to explore, develop, produce — there's a variety of factors against that right now."

Trump and the Gold Standard

The gold standard hasn’t been used in the US since the 1970s, but when Donald Trump was president there was some speculation that he could bring it back.

Rumors that the gold standard could be reinstated during Trump’s presidency, which ran from 2017 to 2021, centered largely on positive comments he made about the idea. Notably, the former US president suggested that it would be “wonderful” to bring back the gold standard, and a number of his advisors were of the same mind — Judy Shelton, John Allison and others also expressed support for the concept.

With Trump now out of office, is the US likely to return to the gold standard? And what would it mean if that happened? Read on to learn what the gold standard is, why it ended, what Trump said about bringing it back — and of course what could happen if it ever came into play again.

Constantine Metal Resources CEO Garfield MacVeigh: Kicking Off Our US$18 Million Program at the Palmer Project

The S&P/TSX Venture Composite Index (INDEXTSI:JX) was on the rise last Friday (May 20) morning following another volatile week that sent the junior index as low as 690.

Edging just above 700 after the morning bell on Friday, markets across North America found solace after China moved to support its economy with a cut to a key lending benchmark.

On the commodities side, values for West Texas Intermediate crude oil topped US$114 a barrel last Monday (May 16), while Brent crude touched US$115. Both types had consolidated mildly by Friday to hold in the US$112 range.

AgriForce to Present at the H.C. Wainwright Global Investment Conference on May 25th