The access trail was completed to provide access for drilling on the Reliance Gold Property (the "Property") in southern British Columbia. The Property is located 4 kilometres ("km") east of the village of Gold Bridge with year-round road access, and 10 km north of the historic Bralorne-Pioneer Gold Mining Camp which has produced over 4 million ounces of gold.

As reported on June 17, 2021, the furthest southeast reverse circulation ("RC") drill intersections of the Eagle Zone include 9.87 grams per tonne gold ("gpt Au") over 7.62 m and 8.95gpt Au over 3.05 m. The shallow dipping Eagle Zone has a projected footprint to surface encompassing an area of 170 m by 80 m and based on the assays from this RC drilling is open for expansion downdip and to the southeast under cover. The Eagle Zone is also expressed by a strong gold-in-soil anomaly. The Eagle Zone was evaluated with RC drilling in 2020 and early 2021 and remains open to expansion to the southeast, down dip to the southwest and is currently being tested with the diamond drilling program. The location of the target areas and associated soil anomalies in the Eagle area are shown below and on the company website.

As reported on October 15, 2020, channel sampling discovered the Eagle South Zone outcrop with 6.92 gpt Au over 13.4 m and exploration activities to date have not adequately explained the relationship and direct correlation between the Eagle Zone and the Eagle South Zone. As reported on July 26, 2021, the results of 80 selected soil samples analysed by ALS laboratory in 2021 extended the greater than 100 parts per billion ("ppb") gold-in-soil anomaly to the southeast. The most significant trend identified is a 100 m wide, greater than 100 ppb gold-in-soil anomaly extending at least 300 m southeast from the above noted Eagle South channel sampling.

These 2021 soil sampling results were used to assist in the planning and location of an additional one km of new access trail to facilitate further channel sampling and drilling in the area to the southeast of the Eagle and Eagle South Zones and to access the Upper Eagle soil anomaly. This access trail construction was completed in early October 2021. During October, a reconnaissance geological and pXRF evaluation was completed and successfully identified three new prospects in bedrock (the E4, E5, and E7 prospects) that had elevated gold-pathfinder elements associated with the Eagle South gold-in-soil anomaly with peak values at these three prospects of 11,000 ppm, 4,000 ppm, 3,350 ppm and 1,308 ppm pXRF arsenic. The location of the prospects is shown below. The pXRF technique does not report quantifiable gold but previous work by the Company has shown that on the Property arsenic has a strong positive correlation with gold and thus is a reliable guide to identifying new gold mineralized areas. To determine gold content at these new prospects, representative grab samples have been collected and submitted for assay. The elevated pathfinder element values at the E4, E5 and E7 prospects are associated with both quartz-stibnite-pyrite-arsenopyrite breccia and low-silica oxidized sulphide-bearing brittle shears within broader areas of iron carbonate-sericite alteration and structural deformation. Based on the associated soil anomaly, and geological observations, these new prospects are currently interpreted to be related to the southeast extension of the Eagle South Zone highlighting a new largely untested target identified on surface over at least a 300 m long trend, open to the southeast. In addition to a partial evaluation with the current diamond drilling program, the E4, E5 and E7 prospects require completion of systematic channel sampling, which has not yet been initiated. In addition, the soil sampling program identified the Upper Eagle Soil anomaly that remains unexplained and untested but may represent a conceptual target that has structural similarities to the shallow dipping Eagle Zone.

Multiple gold bearing shear zone features have now been identified within an area encompassing 1,500 m of strike, 450 m of horizontal width and over 750 m of vertical extent. To date, exploration has discovered and confirmed gold in RC drilling at the Eagle Zone, Imperial Zone, Diplomat Zone and the Treasure Prospect. Based on identification of these occurrences in bedrock, the Eagle South Zone has potential to become another significant prospect. As reported on September 27, 2021, the diamond drilling has already tested the Imperial Zone and Eagle Zone. A further diamond drilling update will be provided next week.

The work program was supervised by Darren O'Brien, P.Geo., an independent consultant and qualified person as defined in National Instrument 43-101. Mr. O'Brien has reviewed and approved this news release. Soil samples were submitted to ALS Global in North Vancouver, BC, an ISO/IEC 17025:2017 accredited laboratory, where they were prepped and screened to -180 micron using method code SCR-41. Samples were then submitted for aqua regia digestion and analyzed for gold and other trace elements with an ICP-MS finish (method code AuME-TL43). Over limit samples returning greater than 1,000 ppb gold were re-analyzed by Au-AROR43 methodology.

RC samples summarized herein were collected under the supervision of a geologist at the drilling rig. Drilling was completed using a 3.5 inch hammer bit and rock chip samples were collected using a cyclone. Sample size were reduced to 1/8th size with a riffle splitter at the drilling rig. A second duplicate split and coarse chips were collected for reference material and stored. All RC samples have been submitted to ALS Global in North Vancouver, BC, an ISO/IEC 17025:2017 accredited laboratory, where they are crushed to 70% 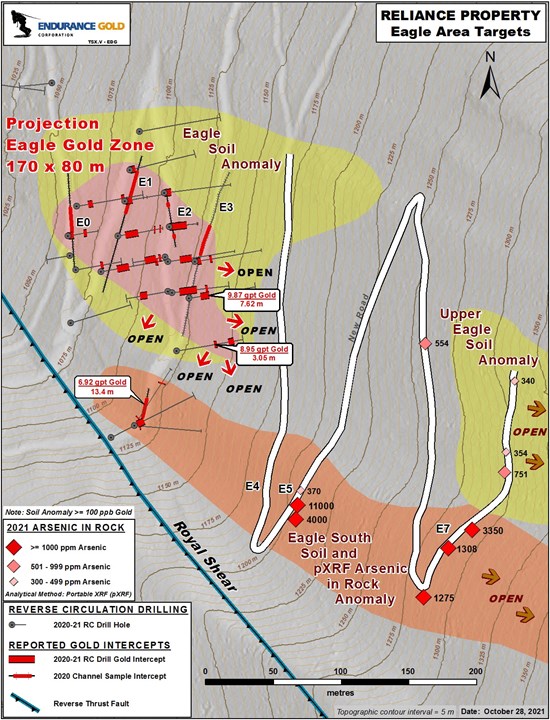 To view the source version of this press release, please visit https://www.newsfilecorp.com/release/101130

Wheaton Precious Metals™ Corp. ("Wheaton" or the "Company") announces that the nominees listed below were elected to the Board of Directors at the 2022 Annual and Special Meeting of Shareholders. Detailed results of the vote for the Board of Directors of the Company are shown below. As previously announced, Mr. Doug Holtby who had served as Chair of Wheaton is retiring and did not stand for reelection, and Mr. George Brack has been appointed the role of Chair of the Board. In addition, Ms. Jaimie Donovan has been elected to the Board.

We're wrapping up what's been yet another bumpy week for gold.

The yellow metal started at around US$1,870 per ounce, but by the time of this writing on Friday (May 13) morning, it had declined to just below the US$1,810 level.

Diverse factors have been at play in the market this week, including major strength in the US dollar, which reached its highest point in 20 years early in the period. The latest Consumer Price Index data was also released — it shows an increase of 0.3 percent month-on-month and an 8.3 percent rise year-on-year.

Vancouver, British Columbia, Canada May 13, 2022 TheNewswire - Jazz Resources Inc. ( TSXV:JZR ) (the " Company " or " JZR ") is pleased to announce that it has closed the first portion of its previously announced non-brokered private placement offering (the " Offering ") of units (the " Units ") by issuing 860,250 Units at a price of $0.80 per Unit for gross proceeds of $688,200.  Each Unit is comprised of one common share (a " Share ") in the capital of the Company and one share purchase warrant (a " Warrant ").  Each Warrant shall entitle the holder to acquire one additional common share in the capital of the Company at a price of $1.20 per Share for a period of 12 months after the date of issuance of the Warrants.

TomaGold Corporation (TSXV: LOT) (OTCQB: TOGOF) (" TomaGold " or the " Corporation ") is pleased to announce that it has retained the services of Abitibi Geophysics of Val-d'Or to conduct an induced polarization (IP) survey over the southern portion of its 100%-owned Obalski property, located 2 km south of Chibougamau, Quebec. In preparation for the survey, the Corporation has cut an additional 9 km of lines covering the southern portion of the property.

In December 2021, Abitibi Geophysics conducted an IP survey and produced a preliminary report that demonstrated the presence of large geophysical anomalies to the west and south of the Obalski deposit, right at the edge of the survey grid. The same report also indicated that the geophysical coverage was insufficient, leading the Corporation to undertake this new survey and carry out linecutting during the winter of 2021-22.

Mako Gold Limited (“Mako” or “the Company”; ASX:MKG) is pleased to advise that it has commenced a 2,000m maiden RC drilling program at the Korhogo Nord Permit which, with the Ouangolodougou Permit constitute the Korhogo Project1 . The permits collectively cover 296km2 hosting 17km of faulted greenstone granite contact as shown in Figure 1. Both permits are 100% owned by Mako and are readily accessible from the Mako Field Office.