The Amended Agreement with Ginkgo will enable Cronos Group to commercialize products using cultured cannabinoids ahead of reaching the originally stated productivity targets, while maintaining the incentives to continue to develop towards and achieve the previously agreed upon efficiency and cost goals. This approach is expected to facilitate Cronos Group's cultured cannabinoid products being first to market in Canada, which will drive significant market knowledge and consumer insights that are expected to help deliver future novel and innovative consumer-driven products. Cronos Group expects that the final productivity target for CBG will be achieved prior to September 2021, as previously announced.

The Amended Agreement follows the receipt of Cronos Fermentation's processing license in April 2021, and most recently the receipt of its CRA license. With the Amended Agreement and both licenses in hand, Cronos Fermentation commenced commercial production of CBG today. Cronos Group is prioritizing rare cannabinoids, such as CBG, and plans to sequence commercial production and subsequent product launches based on this approach.

"Beginning commercial production demonstrates the significant progress underway with our Ginkgo partnership and the competitive benefits we see in being first to market with innovative consumer products," said Kurt Schmidt, President and Chief Executive Officer of Cronos Group. "Cannabis holds many unique compounds with a wide range of potential use cases and benefits. By leveraging Ginkgo's research platform and our fermentation manufacturing capabilities, we believe we have disruptive technology that can deliver rare cannabinoids at scale and elevate the consumer experience."

"Biological manufacturing is unlocking access to important cannabinoids that can be scaled up and produced reliably, consistently and economically," said, Jason Kelly, Chief Executive Officer and Co-Founder of Ginkgo. "We look forward to continuing our work with Cronos to facilitate innovation bringing this powerful technology to the cannabis industry."

Under the terms of the companies' original agreement, Cronos Group agreed to issue to Ginkgo up to 14.7 million common shares in the aggregate upon Ginkgo's demonstration that certain microorganisms are capable of producing the agreed upon eight target cannabinoids above specified minimum productivity levels, with tranches of common shares issued as each of the eight milestone events (corresponding to such target cannabinoids) are reached.

Cronos Group has the exclusive right to use and commercialize certain key patented intellectual property for the use of microorganisms developed for the production of the target cannabinoids globally. All R&D work undertaken by Ginkgo is being conducted in compliance with U.S. federal law regarding controlled substances. Cronos Group intends to produce and distribute the target cannabinoids globally, where permitted by applicable law and subject to applicable regulatory approvals and has received confirmation that this method of production is permitted under the Cannabis Act (Canada).

About Ginkgo Bioworks
Ginkgo is building a platform to program cells as easily as we can program computers. The company's platform is enabling the growth of biotechnology across diverse markets, from food and agriculture to industrial chemicals to pharmaceuticals. Ginkgo is also actively supporting a number of COVID-19 response efforts, including community testing, epidemiological tracing, vaccine development and therapeutics discovery. For more information, visit www.ginkgobioworks.com . 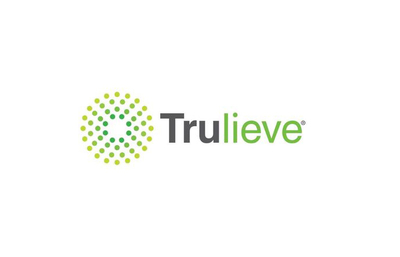 Information about our events, links to events where available, and slide presentations can be found at:
https://investors.trulieve.com/events-presentations

About Trulieve
Trulieve is an industry leading, vertically integrated cannabis company and multi-state operator in the U.S., with established hubs in the Northeast, Southeast, and Southwest, anchored by leading market positions in Arizona, Florida, and Pennsylvania. Trulieve is poised for accelerated growth and expansion, building scale in retail and distribution in new and existing markets through its hub strategy. By providing innovative, high-quality products across its brand portfolio, Trulieve delivers optimal customer experiences and increases access to cannabis, helping patients and customers to live without limits. Trulieve is listed on the CSE under the symbol TRUL and trades on the OTCQX market under the symbol TCNNF. For more information, please visit Trulieve.com .

Grand opening on Oct. 1 with celebratory events on Oct. 8

Trulieve Cannabis Corp. (CSE: TRUL ) (OTCQX: TCNNF ) ("Trulieve" or "the Company"), a leading and top-performing cannabis company in the United States today announced the opening of a new location at 1633 S. Highway 92, Sierra Vista, Arizona . The new adult-use only dispensary will open its doors at 9 a.m. on Saturday Oct. 1, with ongoing hours of 9 a.m. to 7 p.m. daily.

The cannabis stock market offers investors the opportunity to get exposure to a revolutionary drug sector.

Although there's been major upheaval in the world of cannabis investments, with the current landscape at times showing stories of difficulty and losses, experts remain bullish on the long-term progress of the global market.

As laws and perspectives surrounding cannabis continue to change across jurisdictions, investors interested in this fast-moving industry will want to keep an eye on the progress of the cannabis stock universe.

A conference call and audio webcast will also be held on Wednesday, November 2, 2022, at 5:00 p.m. Eastern Time/4:00 p.m. Central Time to discuss the results and answer any questions.

Canopy Growth Corporation ("Canopy Growth" or the "Company") (TSX: WEED) (NASDAQ: CGC) announced today that the Company has entered into agreements to divest its retail business across Canada which includes the stores operating under the Tweed and Tokyo Smoke retail banners. The announcement reinforces the Company's focus on advancing its path to profitability as a premium brand-focused cannabis and consumer packaged goods (CPG) company.

TerrAscend Corp. ("TerrAscend" or the "Company") (CSE: TER) (OTCQX: TRSSF), a North American cannabis operator, today announced that it has entered into an agreement with TRP - the cannabis holding and operating company with the exclusive rights to introduce the nation's most coveted Cookies products to Pennsylvania . Strains from Cookies premium genetics will be made available at TerrAscend dispensaries across the Commonwealth and Cookies stores owned and operated by TRP to open in the coming months. Under the terms of the multi-year agreement, TerrAscend will cultivate and manufacture Cookies products in the Keystone State.

In the coming weeks, TerrAscend will launch Cookies products at each of the Company's 'Apothecarium' and 'Keystone Canna Remedies' dispensary retail chains across Pennsylvania .

Allkem - Appointment of Peter Coleman as Director and Chair-elect