NACON, leader in premium gaming hardware and parent of the RIG game audio brand, announces the shipping of the RIG 800 PRO range of wireless gaming headsets, destined to re-write the rules of performance, convenience and value.

With an all-new multifunction base station, the 800 PRO provides gamers with a lag-free wireless connection as well as seamless charging. The base station also comes equipped with a removeable USB wireless adaptor that can be plugged directly into a console, allowing the stand to be placed anywhere for convenient charging.

Alongside the base station, the 800 PRO also features RIG signature premium audio with powerful 40mm drivers that have been precisely tuned for 3D audio. Available in two models, the 800 PRO HS is designed for PlayStation® while the RIG 800 PRO HX is officially licensed for Xbox® and includes Dolby Atmos® for Headphones. Gamers can experience three-dimensional precision audio by simply connecting the dock or USB wireless adaptor to the Xbox console.

"We set out to deliver a serious upgrade to the popular 800 Series with the new PRO edition. We've added a unique charge dock with a removable USB wireless adapter while maintaining the $149.99 price tag," said NACON Head of Development for RIG, Jack Reynolds . "The new 800 PRO Series gives players the audio performance they need to improve, compete and win at an incredible price."

For more information on the RIG 800 PRO, visit https://www.riggaming.com/800-pro-series .

About RIG
RIG is a premium gaming accessory brand and the leader in tournament audio for professional gaming. RIG introduced the first stadium-class esports headset in 2012 and is trusted by sound stage professionals, team coaches and pro players during league and live events worldwide. The brand's mission is to develop next generation gear for competitive gamers, esports players and live streamers. In 2020, RIG was acquired by NACON, a leading video game developer and designer of premium gaming accessories, including the Compact and Revolution series of controllers for console and PC.

About NACON
NACON is a company of the BIGBEN Group founded in 2019 to optimize its know-how through strong synergies in the video game market. By bringing together its 10 development studios, the publishing of AA video games, the design and distribution of premium gaming devices, NACON focuses 20 years of expertise at the service of players. This new unified business unit strengthens NACON's position in the market, enables it to innovate by creating new unique competitive advantages. www.nacongaming.com 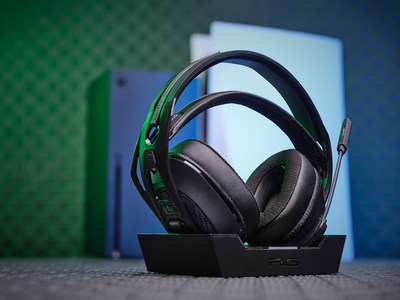 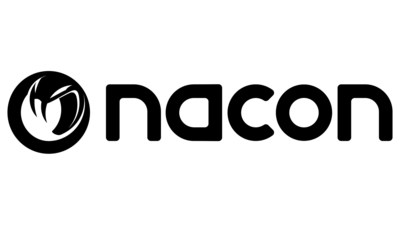 Swarmio Media Holdings Inc. (CSE: SWRM) (OTC: SWMIF) ('Swarmio' or 'the Company'), a technology company focused on the global deployment of its proprietary gaming and esports platform via its telecom operator ("telco") partners, announces its intention to complete a non-brokered insider-led private placement of up to $1,000,000 .

Formerly known as Chicago Comic Con/Wizard World, the can't-miss show will bring stars, comic creators, voice actors and cosplayers from favorites including Lord of the Rings, The Mandalorian, Cobra Kai, Demon Slayer and more to the Donald E. Stephens Convention Center from July 7 to July 10

- Celebrating its 50th anniversary as the original and oldest comic con in Chicago FAN EXPO Chicago is bringing four days of legendary celebrities, comic creators, voice actors and cosplayers to Rosemont's Donald E. Stephens Convention Center for the biggest fandom experience in the midwest from July 7 through July 10 . Fifty years after Chicago Comic Con made history as the first midwest comic convention, FAN EXPO Chicago will continue the legacy and offer an unparalleled site for one-of-a-kind experiences, world-renowned celebrities and engaging attractions for fans of comics, sci-fi, horror, anime, gaming and more.

Saga Raises $6.5 Million Seed Round to Build the Next 1000 Chains in the Multiverse, Announces Innovator Program

The round comes on the heels of $2 million pre-seed funding that Ignite Inc. (formerly Tendermint) provided to Saga in late 2021 as part of its incubation program, bringing the total raised to $8.5 million .

Old World Christmas ®, the premier brand of Christmas ornaments in the country, today announced four new licensing partnerships for the creation of hand-glittered blown glass ornaments. The Molson Coors Beverage Company, PepsiCo's Frito Lay Inc., The Tetris Company, and Rudolph the Red-Nosed Reindeer(R) will each have a line of delicately hand-painted, hand-glittered ornaments created to capture the spirit of the brands to be released later this year. 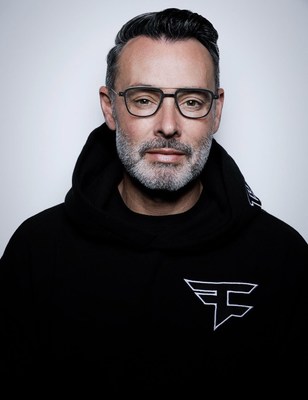 "FaZe Clan sits at the intersection of gaming, creator economy and culture, all of which we believe is leading the growth of Web3," says Lee Trink, CEO of FaZe Clan. "We are squarely focused on building the future and by adding Zach to our team, we are gaining a proven leader who has extensive experience in working with innovative, cultural brands. Through my long standing relationship with Zach, I trust that he will help catapult our company into the next phase of growth, and bring operational excellence to FaZe as we become a public company."

As President and COO, Katz will work closely with the senior leadership team to grow the brand, prioritizing global expansion and developing new revenue-driving, innovative verticals. In his operations role, Katz will be focused on building internal systems that maximize efficiency, and foster a company environment that meets the demands and goals of the growing brand.

"Building on FaZe Clan's leadership in youth culture, our goal is to further push the boundaries of gaming to drive innovation in entertainment," says Katz. "I can't imagine a more exciting moment to join FaZe Clan's passionate team and community."

Katz began his career as a music attorney, then moved into music management, representing prominent artists, producers and songwriters. From there, he co-founded and served as CEO of the record label and music publishing company Beluga Heights in partnership with Sony Music, and later, Warner Brothers Records. Katz also served as Executive Vice President, Chief Creative Officer, and then President of Records, Publishing and Operations of artist-centric, global music company BMG and co-founded and served as CEO of music-tech investment fund Raised In Space Enterprises, which focuses on raising the value of music via investments in forward-thinking founders and technology. He earned a J.D. from Loyola School of Law in Los Angeles and a B.A. from The University of Southern California .

FaZe Clan announced in October 2021 , its plans to merge with B. Riley Principal 150 Merger Corp. (NASDAQ: BRPM) ("BRPM"), a special purpose acquisition company, to become a publicly traded company. The transaction is expected to close by July 2022 .

ABOUT BRPM
BRPM is a special purpose acquisition company formed for the purpose of effecting a merger, capital stock exchange, asset acquisition, stock purchase, reorganization or similar business combination with one or more businesses. BRPM began trading on the NASDAQ on February 19, 2021 following its initial public offering. Its shares of Class A common stock, units and warrants trade under the ticker symbols BRPM, BRPMU and BRPMW, respectively. BRPM is sponsored by an affiliate of B. Riley Financial, Inc. (Nasdaq: RILY).

Participants in the Solicitation
BRPM and FaZe Clan and their respective directors and executive officers, under SEC rules, may be deemed to be participants in the solicitation of proxies of BRPM's stockholders in connection with the proposed Business Combination. Stockholders of BRPM may obtain more detailed information regarding the names, affiliations and interests of BRPM's and FaZe Clan's directors and executive officers in BRPM's Form S-1 filed with the SEC relating to its initial public offering, which was declared effective on February 18, 2021 ("Form S-1") and in the Proxy Statement/Prospectus. Information concerning the interests of BRPM's participants in the solicitation, which may, in some cases, be different than those of BRPM's stockholders generally, are set forth in the Proxy Statement/Prospectus.

Forward-Looking Statements
The information in this press release includes "forward-looking statements" pursuant to the "safe harbor" provisions of the United States Private Securities Litigation Reform Act of 1995. All statements, other than statements of present or historical fact included in this press release, regarding the proposed Business Combination, the ability of the parties to consummate the proposed Business Combination, the benefits and timing of the proposed Business Combination, as well as the combined company's strategy, future operations and financial performance, estimated financial position, estimated revenues and losses, projections of market opportunity and market share, projected costs, prospects, plans and objectives of management are forward-looking statements. These forward-looking statements generally are identified by the words "budget," "could," "forecast," "future," "might," "outlook," "plan," "possible," "potential," "predict," "project," "seem," "seek," "strive," "would," "should," "may," "believe," "intend," "expects," "will," "projected," "continue," "increase," and/or similar expressions that concern BRPM's or FaZe Clan's strategy, plans or intentions, but the absence of these words does not mean that a statement is not forward-looking. Such statements are made pursuant to the Safe Harbor provisions of the Private Securities Litigation Reform Act of 1995 and are based on the management of BRPM's and FaZe Clan's belief or interpretation of information currently available. 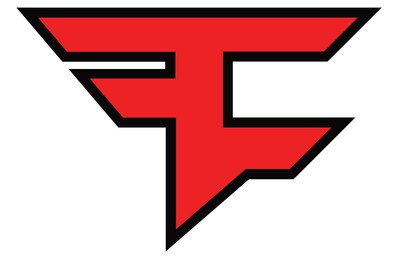