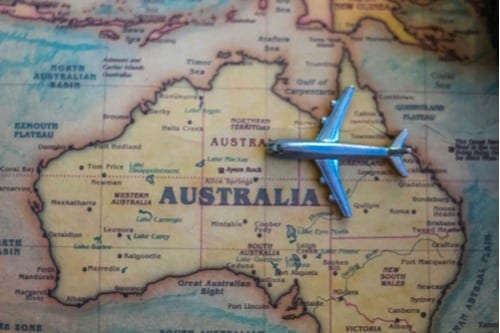 New legislation from the Australian Capital Territory is at odds with overarching Commonwealth law, meaning people could still technically be charged for cultivation and possession.

Last Wednesday (September 25), the Australian Capital Territory (ACT) passed legislation to legalize the use and cultivation of cannabis, becoming the first region in Australia to do so.

Under the new legislation, which is set to come into effect in January, individuals over 18 will be able to possess up to 50 grams of dried flower and cultivate two marijuana plants at home with a maximum of four plants per residence.

The new legislation hasn’t completely opened the doors in Australia, however, as the sale of cannabis plants and seeds and smoking cannabis publicly is still illegal at the federal level.

Australia has been developing a medical cannabis sector since 2016, but the new legislation is at odds with overarching Commonwealth law, meaning people could still technically be charged for cultivation and possession.

Alexandra Curley, head of insights at Prohibition Partners, told the Investing News Network (INN) in an email that there are still questions surrounding the new rules when it comes to developing a cannabis sector in the country.

“It is unlikely to create a market for cannabis (at least in the near future),” Curley told INN. “(Prohibition Partners) would regard this as more of a social landmark than an economic one.”

Curley added that the move may have been an attempt to control the black market for cannabis.

In a previous interview, Curley confirmed that there is growing interest from investors overseas and in the country for the Australian marijuana opportunity.

ACT Labor member Michael Pettersson, the man behind the bill, said there is a defense available for cannabis use against Commonwealth law if it comes up against state law.

“Commonwealth law has been written with the express understanding that there are differences,” he said. “I don’t think it’s particularly likely the Commonwealth government will try to fight this.”

“In this way, legislation will certainly have benefits, especially for those who know what they need and who have struggled to afford or access a legal prescription,” she said.

But for companies, this isn’t likely to affect market value, she continued. It could, however, push the country to loosen its existing cannabis laws in a “domino effect,” especially if the new legalization doesn’t lead to any increases in public health issues.

She also said a “gray market” could arise, like the one in Washington, DC, where customers can buy legal items, such as clothing or food, from stores and receive a free gift of dried flower with their purchase.

She cautioned that Section 122 of the Australian Constitution allows federal parliament to override territory laws.

Despite the legal tension, the new legislation is still an important step for cannabis legalization in Australia, helping to normalize the use of the drug. It’s something Curley said could provide a blueprint for the emerging industry.

She said the legalization of personal cultivation is “particularly powerful” as it suggests the country isn’t solely focused on building revenue.

“Australia has been making some pretty loud noises about securing its place in the global cannabis market as a supply behemoth — and this development reveals that it isn’t just about the financials.”