F’real the purveyor of on-the-go, blend-it-yourself frozen beverages, today unveiled “f’real Shake Run”- a custom branded mobile runner game – and kicked off a reboot of its “Choose Your Alternate F’reality”  campaign consisting of TikTok creator activations, a Twitch streaming event, and creative, which will be leveraged across online, mobile and social platforms and featured in C-stores nationwide. The campaign …

F’real the purveyor of on-the-go, blend-it-yourself (BIY) frozen beverages, today unveiled “f’real Shake Run”- a custom branded mobile runner game – and kicked off a reboot of its “Choose Your Alternate F’reality” (#FrealAF) campaign consisting of TikTok creator activations, a Twitch streaming event, and creative, which will be leveraged across online, mobile and social platforms and featured in C-stores nationwide. The campaign will transport f’real’s Gen-Z consumers further into their “Alternate F’reality” than ever before.

Starting this month, consumers will unlock exclusive access to its new mobile game “f’real Shake Run” via f’real blender screens nationwide with the purchase of a f’real at retailers, including Cumberland Farms, Kum & Go, and Maverik among others. Players guide their milkshake through the aisles of an epic, Alternate F’reality convenience store in this tasty speedrunner, collecting flavor boosts, dodging obstacles, and trying to keep cool as their milkshake dashes through the aisles towards the ultimate victory: getting slurped. The game speeds up the longer they play, making it harder to avoid a f’real cleanup on aisle four. Featuring milkshake characters Vanilla Bliss, Chocolate Chill, Cake Batter and Cool Mint Chip, players can switch characters by collecting the flavors, or stick to just one shake to gain extra points and beat their high score.

“As we thought about extending our #FrealAF campaign into new territory, gaming simply made sense. Our consumers have embraced gaming as a form of escape and a way to socialize responsibly,” said f’real Senior Director of Marketing, Hayden Perry . “Tapping into gaming culture and encouraging our consumers to share their Alternate F’reality experience with friends is an effective way to provide them with a moment of respite while generating awareness that a f’real shake or smoothie does exactly that.”

To introduce “f’real Shake Run” to the brand’s Gen Z audience, popular creators will turn to TikTok to challenge their followers to beat their high scores. This summer, TikTokers and fans will also be encouraged to use #FrealAF to share their own unique Alternate F’realities—virtual worlds or dimensions inspired by their favorite way to f’real —unleashed when blending up a f’real of their choosing.

To generate awareness across paid and owned media channels, “f’real Shake Run” has also been captured as part of a 60-second marquee video connecting the brand, blend-it-yourself (BIY) store experience, various frozen beverage product offerings and the Alternate F’reality game world. Paid media will help connect with Gen-Z consumers on the platforms on which they are spending the most time. Cutdowns of the marquee will run across gaming consoles and YouTube, supported by engaging short-form content tailored to Snapchat, TikTok, Twitch & Instagram.

The campaign follows f’real’s 2020 #FrealAF campaign, which generated over 330 million digital media impressions and 30 million TikTok challenge views by bringing to life the blend-it-yourself experience through a transportive VR portal. This year’s campaign takes the #FrealAF concept a step further by allowing consumers to not only express their unique blending preferences, from beverage type, to flavor, to custom level of thickness, but also explore and interact with a gamified Alternate F’reality.

“F’real Shake Run” is activated via an on-screen QR code revealed during the product blend cycle at retailers nationwide. For additional details on f’real and where to purchase products, please visit freal.com or follow on TikTok , Instagram , Twitter and Facebook .

About f’real
f’real is a fast-growing company that designs, sells and markets blend-it-yourself milkshakes, smoothies and protein shakes, all made from honest ingredients, in more than 20,000 locations across the U.S. and Canada including convenience stores, colleges and universities, theaters, and military bases. The patented in-store blending system blends delicious and authentic milkshakes, smoothies and protein shakes at the touch of a button in about a minute. As the No. 1 frozen novelty offering in convenience stores, f’real’s success can be attributed to continued innovation in the category and the quality of its products. f’real foods is a wholly-owned subsidiary of Rich Products Corporation and is based in Emeryville, CA. For more information, visit please visit freal.com or follow on TikTok , Instagram , Twitter and Facebook . 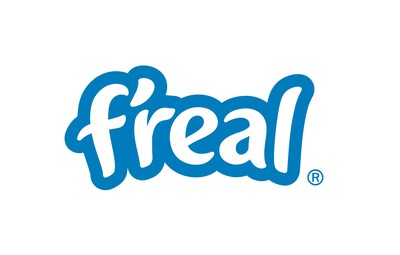