- Mind Medicine (MindMed) Inc. (NEO: MMED)(OTC: MMEDF), the leading drug development company for psychedelic inspired medicines, announces that the company has been conducting R&D work on psilocybin in collaboration with the University Hospital Basel's Liechti Lab in a study to better understand and compare the altered states of consciousness induced by psilocybin and LSD.

MindMed is interested in understanding how psilocybin or LSD affects humans differently so that it can design better later stage trials or potentially even combine substances in future next-generation psychedelic assisted therapies for patients.

As part of MindMed's exclusive license agreement with the University Hospital Basel, MindMed will retain an exclusive license to all IP and any patents generated from data or findings in the study and related work on psilocybin, such as pharmacokinetic data and information on the metabolism. The study is anticipated to finish in Q2 2021.

There is increasing medical interest in LSD and psilocybin for the treatment of mental illnesses. However, LSD and psilocybin have never been accurately compared in a modern clinical setting to understand the differences they create in the alterations in one's mind. Clearly, psilocybin has a shorter duration of acute action but whether there are any differences in the quality of the experience, and as a result in the therapeutic potential, remains to be tested.

MindMed President Dr. Miri Halperin Wernli said, "Both LSD and psilocybin are thought to induce hallucinations mainly through the stimulation of the 5-HT2A receptor. However, it is known that there are differences in the receptor activation profiles between the two substances and these differences may induce different subjective effects. Therefore, with this study we will try to understand and compare the altered states of consciousness induced by the two substances and identify potential medicines for patients."

Dr. Matthias Liechti added, "LSD and psilocybin are increasingly used in neuroscience and in psychiatry as pharmacological tools to induce and investigate alterations in waking consciousness and associated brain functions and also as potential medications. However, there are no modern studies comparing these two substances directly within the same clinical study and research subjects and using validated psychometric tools. We are aiming to compare the acute effects of the two substances including different doses and placebos to see whether there are differences in the alterations in mind produced by them."

More info on the R&D study can be found here: https://clinicaltrials.gov/ct2/show/NCT03604744?term=1.%09Direct+comparison+of+altered+states+of+consciousness+induced+by+LSD+and+psilocybin&draw =2&rank=1

About Liechti Lab (University Hospital Basel)
Liechti Lab is based at the University Hospital Basel in Basel Switzerland.  Founded in 1460, the University of Basel is the oldest university in Switzerland and has a history of success going back over 550 years. Liechti Lab's research focus is on the pharmacology of psychoactive substances in vitro and in humans. The Laboratory investigates the pharmacokinetics-pharmacodynamics of MDMA, LSD, and amphetamines in humans including psychological tests, pharmacogenetics, and functional brain imaging.

About MindMed
Mind Medicine (MindMed) Inc. is a neuro-pharmaceutical company that discovers, develops, and deploys psychedelic-inspired medicines to improve health, promote wellness, and alleviate suffering. The company is assembling a compelling drug development pipeline of innovative treatments through human clinical trials to help patients with mental and behavioral health issues, including substance use disorder. The MindMed executive team brings extensive biopharmaceutical industry experience to this groundbreaking approach to the development of next-generation psychedelic medicines. MindMed trades on the NEO Exchange under the symbol MMED. MindMed can also be traded in the US under the symbol OTC: MMEDF and in Germany under the symbol DE:MMQ. For more information: www.mindmed.co .

MindMed Forward-Looking Statements
This press release includes forward-looking statements that involve risks and uncertainties relating to future events and performance of Mind Medicine (MindMed) Inc. ("MindMed"), and actual events or results may differ materially from these forward-looking statements. Words such as "anticipate," "expect," "intend," "plan," "believe," "seek," "estimate," variations of such words, and similar expressions are intended to identify such forward-looking statements, although not all forward-looking statements contain these identifying words. These statements concern, and these risks and uncertainties include, among others, MindMed's and its collaborators' ability to continue to conduct research and clinical programs, MindMed's ability to manage its supply chain, product sales of products marketed by MindMed and/or its collaborators (collectively, "Products"), and the global economy; the nature, timing, and possible success and therapeutic applications of Products and Product candidates and research and clinical programs now underway or planned; the likelihood, timing, and scope of possible regulatory approval and commercial launch of Product candidates and new indications for Products; unforeseen safety issues resulting from the administration of Products and Product candidates in patients, including serious complications or side effects in connection with the use of MindMed's Products and product candidates in clinical trials; determinations by regulatory and administrative governmental authorities which may delay or restrict MindMed's ability to continue to develop or commercialize Products; ongoing regulatory obligations and oversight impacting Products, research and clinical programs, and business, including those relating to patient privacy; uncertainty of market acceptance and commercial success of Products and Product candidates and the impact of studies on the commercial success of Products and Product candidates; the availability and extent of reimbursement of Products from third-party payers, including private payer healthcare and insurance programs, health maintenance organizations, pharmacy benefit management companies, and government programs such as Medicare and Medicaid; competing drugs and product candidates that may be superior to Products and Product candidates; the extent to which the results from the research and development programs conducted by MindMed or its collaborators may be replicated in other studies and lead to therapeutic applications; the ability of MindMed to manufacture and manage supply chains for multiple products and product candidates; the ability of MindMed's collaborators, suppliers, or other third parties (as applicable) to perform manufacturing, filling, finishing, packaging, labelling, distribution, and other steps related to MindMed's Products and product candidates; unanticipated expenses; the costs of developing, producing, and selling products; the ability of MindMed to meet any of its financial projections or guidance and changes to the assumptions underlying those projections or guidance; the potential for any license or collaboration agreement to be cancelled or terminated without any further product success; and risks associated with intellectual property of other parties and pending or future litigation relating thereto, other litigation and other proceedings and government investigations relating to MindMed and its operations, the ultimate outcome of any such proceedings and investigations, and the impact any of the foregoing may have on MindMed's business, prospects, operating results, and financial condition. Any forward-looking statements are made based on management's current beliefs and judgment. MindMed does not undertake any obligation to update publicly any forward-looking statement. 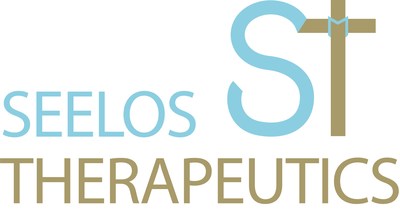 Seelos is currently conducting in vivo pre-clinical studies delivering SLS-007 via an adeno-associated virus (AAV) that is designed to target the non-amyloid component core (NACore) of α-synuclein to inhibit abnormal aggregation and accumulation of the α-synuclein protein in the brains of patients with Parkinson's Disease (PD). The preclinical studies are designed to establish the in vivo pharmacokinetic and pharmacodynamic profiles and target engagement parameters of SLS-007.

As previously announced, Seelos was issued a composition of matter patent for SLS-007 in the U.S. in October 2020 .

Statements made in this press release, which are not historical in nature, constitute forward-looking statements for purposes of the safe harbor provided by the Private Securities Litigation Reform Act of 1995. These statements include, among others, those regarding the potential for SLS-007 to be a disease-modifying gene focused on intracellular α-synuclein aggregation in PD, the initiation and completion of the preclinical study of SLS-007, the ability of SLS-007 and related peptides to slow the progression of PD by stopping the seeding and potential propagation of α-synuclein aggregates, expectations regarding the results of the study, including the establishment of the in vivo pharmacokinetic and pharmacodynamics profiles and target engagement parameters of SLS-007. These statements are based on Seelos' current expectations and beliefs and are subject to a number of factors and uncertainties that could cause actual results to differ materially from those described in the forward-looking statements. Risks associated with Seelos' business include, but are not limited to, the risk of not successfully executing its preclinical and clinical studies and not gaining marketing approvals for its product candidates, the risk that prior test results may not be replicated in future studies and trials, the risks that clinical study results may not meet any or all endpoints of a clinical study and that any data generated from such studies may not support a regulatory submission or approval, the risks associated with the implementation of a new business strategy, the risks related to raising capital to fund its development plans and ongoing operations, risks related to Seelos' current stock price, risks related to the global impact of COVID-19, as well as other factors expressed in Seelos' periodic filings with the U.S. Securities and Exchange Commission, including its Annual Report on Form 10-K and Quarterly Reports on Form 10-Q. Although we believe that the expectations reflected in our forward-looking statements are reasonable, we do not know whether our expectations will prove correct. You are cautioned not to place undue reliance on these forward-looking statements, which speak only as of the date hereof, even if subsequently made available by us on our website or otherwise. We do not undertake any obligation to update, amend or clarify these forward-looking statements, whether as a result of new information, future events or otherwise, except as may be required under applicable securities laws.

COMPASS Pathways plc (Nasdaq: CMPS) ("COMPASS"), a mental health care company dedicated to accelerating patient access to evidence-based innovation in mental health, announced that it has appointed Michael Falvey as Chief Financial Officer, replacing Piers Morgan when he leaves the company, as previously announced, at the end of the year.

Gwella focuses on building an accessible, original and scalable over-the-counter portfolio of functional and psychedelic mushroom products that enhance individual and community wellness. The company's advanced direct-to-consumer platform combines an innovative mix of wellness, mushrooms and psychedelics with a modern twist in an integration of media and technology. 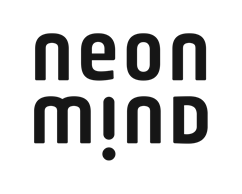 The Lift & Co. Expo recently made its grand return to Toronto — only this time the event added a psychedelics business portion to its traditionally cannabis-focused lineup.

For the first time since the show took hold as the de facto premier Canadian industry conference for cannabis stakeholders, event organizers decided to include the newest darling of the investment market.

The Lift Business Summit was a full day event that took place November 19. The event consisted of a packed day revolving around the world of psychedelics and the future of the sector.