Pucca Puzzle Adventure is a game featuring adorable graphics along with the famous Korean character 'Pucca', and tells the story of the main character Pucca embarking on an adventure to defeat the evil boss 'Dong King'. 'Pucca' is a cartoon character well known for her iconic 'Pucca hair' and it is a globally popular character that was ranked number 1 on the list of 'Globally Popular Korean Characters' for six consecutive years until 2021.

This is a puzzle RPG game with each level being cleared by a match of three puzzles and requires the players to upgrade their characters and use their skills and characteristics. The game features over 100 types of cute and unique characters each with their own dazzling unique skills, and puzzle quests that allow players to purely enjoy solving puzzles. The game also comes with a challenge mode where players can combat and defeat powerful in-game bosses to compete against each other, and other modes such as collecting, developing, and decorating their own unique villages by collecting various village items.

Pucca Puzzle Adventure will launch a limited-time login event for seven days in celebration of its global release where players are rewarded gems, character gacha draw tokens, and other in-game items. Also, the game will feature an exclusive level created from collaboration with the boy band 'TREASURE' formed by YG Entertainment. More information is available on the official game website. 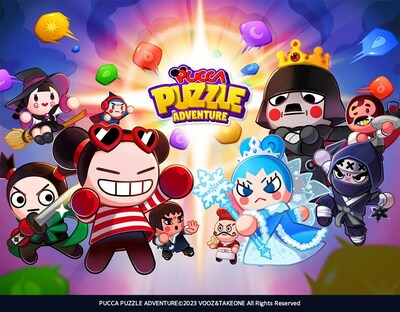 LootMogul, widely recognized as one of the world's top sports metaverse organizations, offer athletes, sports teams and brands the ability to create virtual 'sport cities' to engage with fans, as well as offering in-real-life rewards. With over 241 professional athletes in the US already signed up with LootMogul, sports fans can participate in competitions, training academies and games as well as buy digital and real-life merchandise.

Raj Rajkotia, CEO of LootMogul, said; "We're delighted to be partnering with Six Sport, who share our vision on how we can transform sports fan experiences through blockchain technologies. Their expertise, connections and deep understanding of the sports business landscape not only in Europe but also major developed nations, will prove invaluable as we accelerate our growth plans for the sports metaverse".

Sean McAuliffe , Director of Six Sport said; "We are looking forward to working with the team at LootMogul on this incredibly exciting project. LootMogul's proposition is unique in sport and presents a real opportunity for athletes and rights holders to further engage with fans, developing a clear strategy and tangible return for what web3 and the metaverse can offer".

About LootMogul
LootMogul is an athlete-led sports metaverse (web3 platform); powered by virtual real estate, training academies, blockchain games, metashops for brands and athletes with in-real-life (IRL) rewards. LootMogul is expanding the web3 community by bringing web2 gamers and sports fanatics to the metaverse. LootMogul is building more than 180 sports cities across the globe with real-world utilities and benefits.

About Six Sport
Six Sport is a leading global sports rights and marketing agency working with some of the biggest rights holders and brands in sport. We develop comprehensive commercial and marketing strategies for rights holders, brands and B2B companies looking to leverage partnerships in sport.

Auxworld, a game generator app that lets users create multiplayer sessions from text input, will be available on LG Smart TVs throughout the United States

Auxuman the leading AI gaming company, today announced a partnership with Oorbit the company building the world's premiere technology platform powering the metaverse, to bring metaverse gaming to LG Electronics (LG) customers starting Jan. 31 of this year. Through this partnership, Auxuman's Auxworld will enable anyone to instantly create an online multiplayer game simply through text input in a manner similar to popular AI image generators.

Gamelancer Media Corp. (CSE: GMNG) (OTCQB: GAMGF) (FRA: P93) (" Gamelancer " or the " Company ") a media & entertainment company producing short-form video content for brands, is pleased to announce that its President and Chief Operating Officer, Mike Cotton was a featured speaker at the Ivey Leadership Conference on Saturday, January 21 2022.  Cotton was accompanied by TikTok Head of Sports & Gaming, Adam Burchill and Samsung Senior Manager of Digital Marketing & Content, Christian Di Vincenzo . The trio discussed new trends in sports advertising and how they see that evolving over time.

XT.COM the world's first socially infused trading platform, is thrilled to announce the listing of KNDM on its platform in the innovation zone and the KNDM USDT trading pair is open for trading from 2023-01-31 02:00 (UTC). 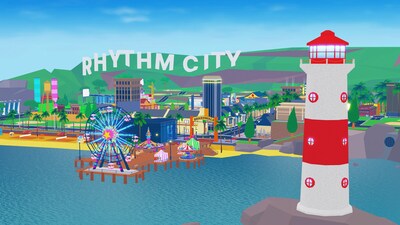