Drilling to commence at Jupiter zone, a 3-km-long regional-scale structureTargeting source of kilometre-long boulder train grading to 25.2 gt Au3,000 metres-plus diamond drilling across Eianarson and Rogue projects in 2021Snowline Gold Corp. is pleased to announce that it has commenced drill mobilization to the Company’s 61,000 hectare Einarson gold project in the Yukon Territory, Canada. Initial drilling will test …

Snowline Gold Corp. (CSE:SGD)(OTC PINK:SNWGF) (the “Company” or “Snowline”) is pleased to announce that it has commenced drill mobilization to the Company’s 61,000 hectare Einarson gold project in the Yukon Territory, Canada. Initial drilling will test the newly defined Jupiter zone (formerly “Mars NE”), a 3-kilometre long by up to 500-metre-wide area of anomalous gold-in-soil values accompanied by a prominent float train of mineralized quartz boulders. These boulders commonly assay between 1 and 7 gt Au, to a maximum of 25.2 gt Au

2021 Drill Campaign
Early-season technical work by Snowline Gold‘s team suggests that the gold occurrences at Jupiter are associated with an extensive regional structure. Mineralization has been identified over more than a kilometer, with a mineralized float train stretching 3 km (see Figure 1). A 1,500 metre Phase I diamond drilling program is designed to intersect the mineralization with a series of shallow, 200-300 metre deep holes.

Phase II drilling will build upon the surface exploration and drill results from Jupiter. An additional 1,500 metres is budgeted to test other targets across the Einarson property and on Snowline’s nearby Rogue property. 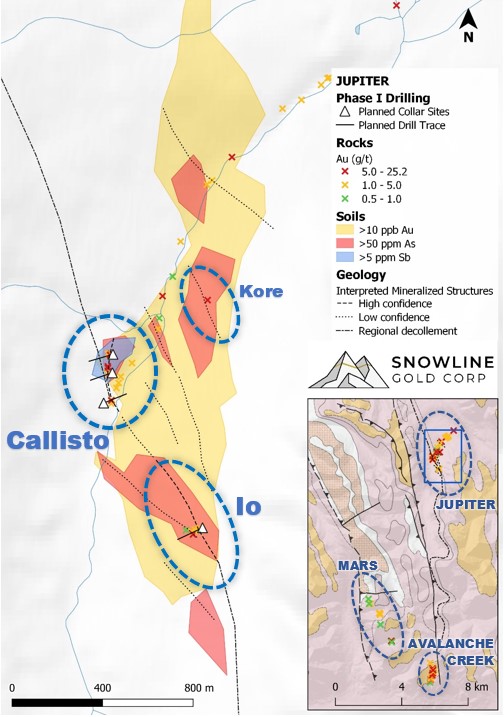 Figure 1 – Planned Phase I drill sites atop exploration geochemistry at Jupiter. At least three source areas have been identified for the mineralization in the float train, and Phase I drilling will test two of these zones. Jupiter is part of a larger structural zone that includes the Mars and Avalanche Creek prospects in the southern part of the Einarson property.

Surface Exploration Strategy
Prospecting at Einarson in late 2020 discovered a mineralized float train similar to Jupiter along a major structural corridor ~12 kilometres to the south, with grab samples up to 34.2 g/t Au. This new zone, Avalanche Creek, demonstrates the regional scope of the occurrence of this style of mineralization. Extensive prospecting is planned along favourable structures at Einarson. A concurrent a program of trenching, mapping, drone surveying and geochemical sampling is underway at Jupiter to provide additional context for Phase I drill results and to aid in targeting the Phase II drilling.

At Rogue, prospecting in the Valley zone this season has already encountered abundant sulphide veining across a 250-metre traverse, about 600 metres from where similar gold-bearing sulphide veins with historic grab sample assays of up to 152.0 g/t Au occur with visible gold. Assays for these new samples are pending. Extensive mapping, geochemical sampling, prospecting and a drone-based aerial magnetic survey will be conducted at Rogue to solidify targets for a first-ever diamond drill program in the Valley and/or Gracie zones. 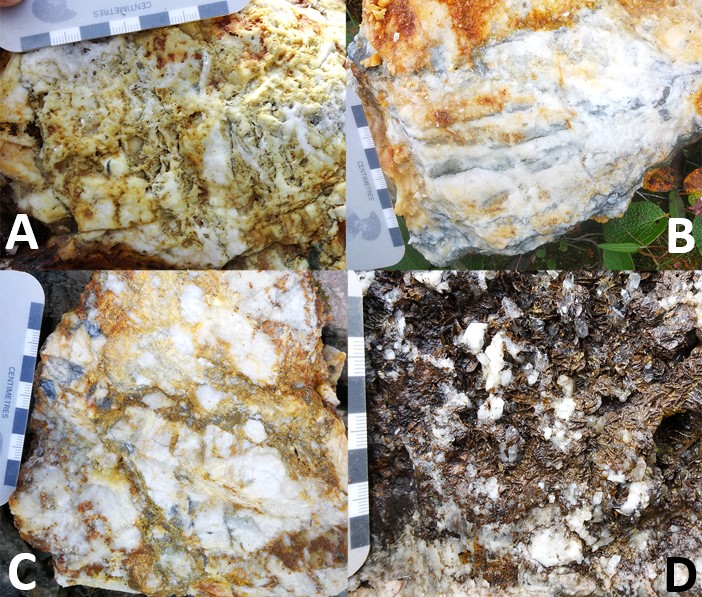 ON BEHALF OF THE BOARD
Nikolas Matysek, B.Sc. (Geol)
CEO & Director

CAUTIONARY NOTE REGARDING FORWARD-LOOKING STATEMENTS
This news release contains certain forward-looking statements, including statements about the Company reviewing its newly acquired project portfolio to maximize value, reviewing options for its non-core assets, including targeted exploration and joint venture arrangements, conducting follow-up prospecting and mapping this summer and plans for exploring and expanding a new greenfield, district-scale gold system. Wherever possible, words such as “may”, “will”, “should”, “could”, “expect”, “plan”, “intend”, “anticipate”, “believe”, “estimate”, “predict” or “potential” or the negative or other variations of these words, or similar words or phrases, have been used to identify these forward-looking statements. These statements reflect management’s current beliefs and are based on information currently available to management as at the date hereof.